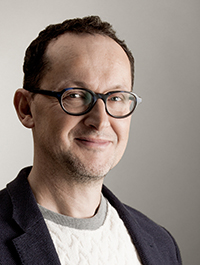 With Cannes just behind us and the world’s best work fresh in the mind, it’s sobering to hear what radio across the country really sounds like.

At its best, radio is one of the most creative forms of advertising. At its worst, radio is cringeworthy schlock. Cannes shows a small sample of work that the ad industry believes best represents it.

But how does the vast majority of work that the average person hears measure up? The Ford spot, "look after her", has nice, dry performances – especially from the older man – and the punchline lands well. When many radio ads can be shouty and grating, the quietly confident tone of this spot makes it stand out.

The opera singer in "exercise your voice" is a lovely device and the agency has come across a good analogy for voting in this spot from Sheffield City Council. It’s too bad the singer has been relegated to the background in favour of a voiceover throughout. I would have loved to hear her really use her voice and deliver the entire message without having it concurrently explained to us.

As we’re saturated with World Cup ads at the moment, this campaign for Dixons Retail deserves praise for doing things differently. Instead of slamming us over the head with glory moments from past matches, we get an emotional angle: when it comes to watching football, blokes are economical with the truth. I like it.

Yeah, my contact-lens package is unsatisfying… and it’s just like that time I went to a really bad zoo. Wait, what? This ad for Specsavers is just confusing.

A well-executed song is a powerful tool for communicating an idea. A badly executed song is a jingle. In this spot for Delta Taxis, the song, unfortunately, went the way of the jingle – unless taxi-drivers in Liverpool really do go about town singing light R&B (now that’s something I would like to see). Nevertheless, I’ll remember the Delta Taxis phone number for life, so job done.

And, finally, here’s another execution in Comparethemarket.com’s long-running meerkat/market campaign. The humour suits the successful formula. And it will probably catch the attention of both insurance and plush-toy enthusiasts too. 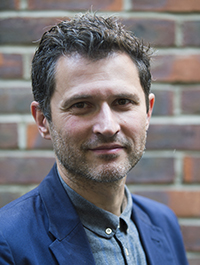 I’m in a sound booth on my hands and knees. My right arm in a bucket of red jelly. Elbow deep.

It is alarmingly comforting. And surprisingly cold. I have one shot at this. Don’t fuck it up.

I pull my arm slowly up and out. There is a glorious, wet, thwacky, sucking noise. It’s for a Heineken ad: we’re after a comedic sound for the moment of birth.

Back in the studio, the result makes me gag slightly. I picture an alien slopping out. My partner visualises guts spilling. It’s not so much that it sounds wrong. More that, in our mind’s eye, it looks wrong. Very wrong. So we end up going with a finger-cheek-pop noise instead.

I am 23 years old, new to advertising and I’ve just had my first important lesson in radio. Radio is a visual medium.

Twenty years on, and with that in mind, I look at this week’s batch.

I can see how much fun was had making Comparethemarket.com’s "animals". Cheeky rascal baby Oleg is taught to burp by his uncle Sergei.

What’s not to love? Ads that are little more than sponsored jokes are normally a criminal waste of airtime, but the meerkats are my advertising guilty pleasure. So, good luck to ’em.

In Ford’s "look after her", I am supposed to see a father giving away his daughter to a prospective husband. "She is just soooo beautiful," he says, before revealing "she" is, in fact, a car. But, sadly, what I actually visualise is two overacting actors hamming their way through some awkward dialogue.

"Exercise your voice" is Sheffield City Council’s attempt to encourage us to vote in the European elections. A bold ambition. That needs a bold, ambitious idea. What I hear is a woman singing scales. What I see is a missed opportunity to do something of genuine significance.

Specsavers’ "zoo" is cute. But I look closer and see an analogy ad that falls into the pattern: "fun creative bit" followed by "dull producty bit", where you switch off and carry on thinking about what you want for tea.

And, finally, "pick you up" for Delta Taxis. A mini-cab trawls the streets at night singing about his perverted desire to pick up a stranger. "I just want to pick somebody up," he croons. Its tone is genuinely chilling. Even more so when it turns out to be for a taxi company, not an anti-rape ad. I’m still in shock. One of the maddest ads I have ever heard.