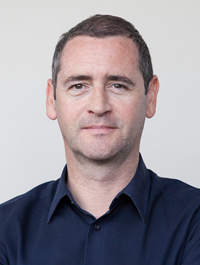 I love listening to the radio. It’s like having a friend in the room chatting away. Part of its continued success as a medium must be because you can do other things while being entertained – unlike its bigger, squarer, younger brother in the corner of the sitting room.

But, sitting to write this, it suddenly occurred to me that all the radio programmes I enjoy have one thing in common: there are no ads. Why is that? I don’t avoid ads on the TV. I listen to Spotify with ads. I actually like ads. All I can imagine is that it has something to do with the kind of ads we often encounter on commercial radio.

Let’s have a listen to this week’s crop to see if there’s anything that would tempt me back to commercial radio.

The UPS ad features a couple discussing their life as empty nesters, drawing the parallel that sending off a parcel is like sending your kids off somewhere. Some would call this a twist, but I don’t feel the ad was helped by the bored-sounding actors.

Next up is the Bupa Great Manchester Run spot from Nova International, which announces that it is Europe’s biggest 10K and people are doing it to raise money for good causes. With all the different runs covering the country in discarded water bottles, I think it could have taken an approach that gave it more of a unique identity.

Here’s a decent radio ad… from Kit Kat. Ten seconds of cheap comedy boings followed by the sound of foil unwrapping, quick nibbling, then off go the boings again. Have a break this Easter, have a Kit Kat. OK, so it’s not going to set the world alight, but it is an effective use of the medium in this ultra-marathon-long campaign. I’m entertained, and I’m sure the writers would have loved this brief.

The Duracell ad is enjoyable too. A French tour guide speaks into a microphone that keeps cutting out at just the right point for the writer to deliver his "Collier-esque" gags about women looking like gargoyles or being a "Mona". Use Duracell "to give you power for twice as long", it informs us.

History’s Vikings ad is another announcement. Interesting because it has a voiceover blathering on through the whole thing when I feel it might have been wiser to let us hear snippets from the actual drama. Unless the snippets weren’t any good, of course.

The final ad is the kind that stops me enjoying commercial radio. It’s a Parkway Volkswagen dealer ad that, I suspect, wasn’t written by the London agency normally associated with the world’s finest car advertising. It’s a nonsensical whimsy that leaves my toes curled so tightly in my shoes that I worry I may never get them off again.

Two ads this week really show what can be done in this medium – highlighting the standout you can achieve with a little imagination and care. With a bit more like these around, maybe I’ll begin to love radio ads again. 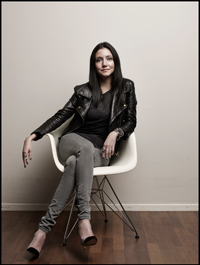 Traditionally, most creatives would say one of the hardest mediums to get right is a press ad. In a society like ours today, where there’s always something distracting us, this couldn’t be more true. But it’s the devices we are being distracted by that have also made it particularly hard for listening. So I can really appreciate the difficulty in making a radio ad, not to mention a breakthrough one. A lost art form, really. And so are the devices we would normally hear one on.

The real challenge with radio advertising is that, for those still listening, they are doing so while doing other things. It has become a form of background noise while you think, talk, drive and so on. So the best ones, in my mind, need to do two things: disrupt and entertain.

The UPS ad, "empty nest", landed on what could be quite a good insight on empty nesters. But the delivery of the idea was neither disruptive nor entertaining. A conversation between these two people becomes just another distraction to tune out. A bit everyday, slow and a bit sleepy. It could have been more heartfelt – or honest, even. But, instead, it comes across like two paid actors sitting in a recording booth.

The Nova International Bupa ad does turn up the entertainment with a couple of funny lines here and there but, unfortunately, the "announcer voice" is overused. It tries to go for the right executional effect, but doesn’t make any breakthroughs.

In "Easter bunny", however, Kit Kat’s approach is different. Not much of a pay-off, but the use of pure sound design manages to be odd. Which is not a bad thing.

Duracell, on the other hand, has a very simple idea at the heart of it – "Don’t let the wrong battery ruin your day" – and I think it manages to land that. "Tour guide" is a simple idea executed well.

On the Vikings spot for the History channel, I can’t help but think that just playing out the actual content from the show itself would have been more intriguing than using the "announcer voice" again. The show itself is quite interesting in its own right, and I would have liked to hear more of that.

And, finally, Parkway Volkswagen. I can appreciate random humour, but this just didn’t go anywhere for me. The jokes were gratuitously used. And I’m not sure the overall execution landed that the Parkway experience is a better one. Instead of elevating the message, it drowned it.

Overall, I think it would be great for radio ads to have a revival. They tend to fall off the radar in a world flooded with experiential, digital, interactive or whatever the trend is now. But, regardless of the medium, great work always stands out and gets talked about. So I’m looking forward to the day when someone says: "Hey, did you hear that radio ad?"