Chris Watson, creative head, The Leith Agency, and Hugh Todd, creative director, Leo Burnett, gave us their take on a selection of ads from the month just gone. 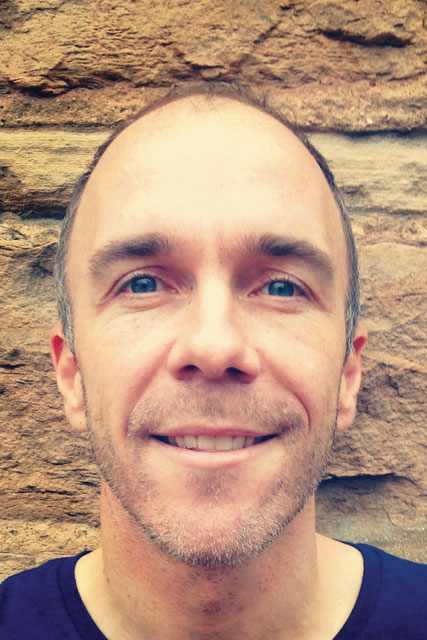 The big difference between Edinburgh and London is that you can afford a house with rooms and stuff. You can also walk everywhere. Which means you don’t need the car. Which means I don’t get to listen to a lot of radio ads these days. So it was nice to get this selection, but do they make me want to return to that two-hour commute?

First up we have Public Health England’s Stoptober, which features Al Murray as The Pub Landlord trying to get us to quit smoking during the month of October. I like the idea of this campaign. With its motivational, jolly tone, it makes a change from the hard-hitting stuff you are used to hearing. You can actually see people getting involved and dumping the fags in time to start growing the ’tache for Movember.

Next we have BelVita, a biscuit that helps me celebrate the start of the day. This is obviously one powerful biscuit; perhaps like those happy biscuits they offer you in Berlin techno clubs. While I’m not entirely sold on the strategy (and who is a lowly creative director to talk about strategy?), I like the ads and think they will stand out. Each features a new song written every day. Well-written they are, too, so pats on the backs to the creatives involved.

Homepride Fred creeping into my ears next – the large white-faced, bowler-hatted goon who’s trying to steal your wife with his special sauce. I liked the slightly creepy deadpan humour of the TV ad. Harder to carry it over into radio, but this makes a go of it. I don’t think it’s going to get any Michelin stars, but it’s definitely the best use of Rick Astley lyrics in an ad for cooking sauce this week.

The ad for The Start-Up Loans Company is about commuting. The hero of the ad seems to be a lazy git who can’t be bothered going to work and would rather work from his house. He doesn’t sound like the next Steve Jobs to me, so I’m not sure he’s the best prospect for investment.

Transport for London uses the idea of regrets to try to make people pay more attention at junctions. As a bit of a veteran of road-safety briefs, I’m not sure about this one. Are haircut and chat-up-line regrets really comparable to driving-into-someone-and-possibly-killing-them regrets? I think I would have liked some sort info on what I could do at junctions to be safer – look three times and look again or something like that, but perhaps that is just me.

Finally, a really sweet idea for Camelot. A lovely simple thought and that’s why it is probably my favourite. We listen to real recordings of people being told they have won the lottery. It’s human and warm and you can hear the genuine happiness of people whose lives have suddenly been changed for the better. In this one, Mr Nield won £6.6 million, enough for a studio flat down your way.

So that’s all from Edinburgh. It’s been nice, but I think I’m going to stick to the walk. 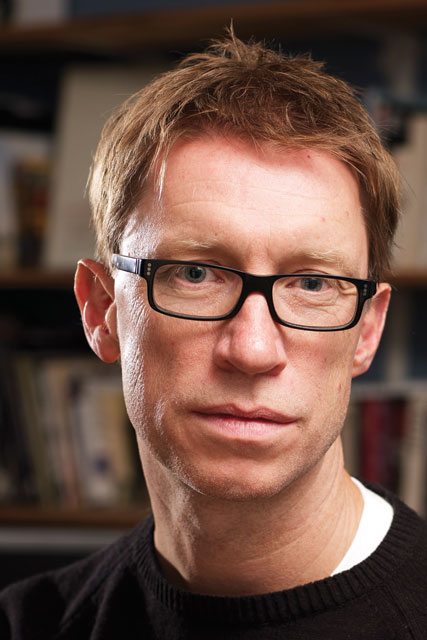 Radio. How hard can it be? Get a junior team to bash out a comedy sketch. Record with some jobbing voiceover in Soho. Sorted. And another little turd pollutes the airwaves of Britain, destined never to reach the shores of Cannes. Radio is meant to be a soft category. But, for us Brits, it seems to have got extremely hard lately. Two shortlists last year, down from 12 the year before and 21 the year before that. Maybe we need to up our game.

If TV and digital posters can talk to my phone, why can’t we get a radio ad to talk to my device? How about buying the whole ad break, creating your own radio show within a radio show? Like "Miller time"... on radio. Maybe don’t even do ads. Do what DraftFCB in New Zealand did for Secret Diary Of A Call Girl: http://bit.ly/1rm7XtE.

Sorry, I’m ranting a bit. But I love radio.
It’s one of the most creative media. Painting pictures in the mind is still one of the toughest challenges a creative can get. Yet it feels so neglected these days. Let’s see if there’s any love for it this week.

Public Health England’s Stoptober. The Pub Landlord in a classic announcement ad, urging people to stop smoking in October. It’s well-written, funny and upbeat. It won’t trouble the juries, but it’s simple and, if it stops people dying, it’s a good thing.

Homepride. A voiceover tells how Homepride sauces won’t let us down in homage to the Rick Astley song Never Gonna Give You Up. Hmm. A fairly thin premise. If you’re going to use Rick Astley, I’d say use him in a kitsch, kooky way. Rather than in a rhyming-his-songs-to-a-strategy way.

Transport for London. A great example of radio sounding effortless and simple. Admittedly, road death is slightly more compelling than cooking sauces (and cigarette death?), but all involved have done well here. It draws you in – getting you to think about the innocent things you’ve regretted – and then jolts you with the sickening sound (and regret) of pulling out at a junction.

BelVita. This ad features a guy trying to sing like Ghostpoet. I’m not feeling well-disposed to this already. He’s singing about "morning wins" that have been sent in by members of the public. "Morning wins"? Say it out loud. No, me neither. I wonder whether the creatives wrote that line. Or were forced into it. I really hope it was the latter. He gives it his best, but this may not bear as much repeat listening as our Rick.

The Start-Up Loans Company. A bloke bemoans his life commuting to work. He thinks he’s turning into his dad. He needs a loan. That’s it. Maybe he should do the lottery like the grandad in the next ad.

Camelot. A real phone call. Or, at least, sounds real. Old fella being told he has won £6 million. Love it. Super-simple. Really fresh. Avoiding the clichéd thought of what you would do with the winnings. Instead, merely capturing the moment when people are told. Maybe this is part of a campaign? That would be great. Well done to all involved. There is hope.