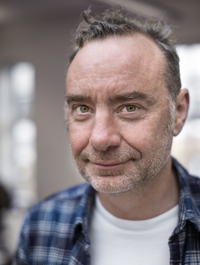 Expectations evaporate like mist as a rule. I know this from experience.

Yet I still view a fresh batch of radio (fave medium) commercials with anticipation.

The O2 Guru is talking to the Siri-esque voice of a mobile phone who/which has got wet. Anticipation rises. Too soon. It has gone for the old-as-music-hall misheard conversation gag instead. The speed at which this gets annoying is breathtaking. Expectations dashed.

Then raised again. The Tour de France is coming to London and this is an ad for Transport for London – a marriage made in topical sport-based audio heaven. "Over 3,500 kilometres. Years of dedicated training. Billions watching around the world…" My ear’s tongue is hanging out. And then the pay-off: "Roads along the route in Cambridgeshire, Essex and London will be closed and surrounding roads will be busier than usual." The aural equivalent of roadworks at Silverstone. Expectations get a flat tyre.

On to Carling Zest. Look out. It is going to attempt that legendary radio manoeuvre: represent taste in sound. Always a challenge. Lager is represented by a drummer. Okay, I can see/hear that. And then comes the grenade: "And for citrus… we’ve got a clown." "And for citrus… we’ve got a clown"? I’m afraid the ensuing musical collaboration passed me by as I struggled with the mental image of a grapefruit with enormous shoes. Expectations disorientated.

"No-one loses a child the way a mother loses one." This is the opening line of a message from the charity A Child of Mine. And the opening line was all this needed. Nothing that followed ever matched the power of that thought. Even the poem that interspersed the simple dialogue. The power of the thought ebbed with every passing second, of which there were 90. Shame.

I have two expectations when I encounter anything to do with Virgin Media. There will be a celebrity. And The Bearded One will get his face in at some point.

As this is radio, with limited visual opportunities, RB is probably not interested. So he leaves it up to David Tennant to attempt to "get it up" for the Commonwealth Games. Now, I like David Tennant, but even his enthusiasm can’t make these words stirring.

Finally, Expedia and a case of expectations confounded. This is so simple it hurts, and I loved it.

"Why be Andy Nuttall when you can be…" the voiceover asks as a seagull hints that we’re somewhere aquatic. Cue man jumping into water and, after a pause to take in the bubbles and breathing, the conclusion: "Andy Nuttall!" shouted joyously underwater through a snorkel. You had to be there. And the engineer took you there. It captures an emotion in sound. The only one of the six that understands this and uses the medium to its best advantage.

One good one out of six. I’m afraid that’s what I have come to expect. 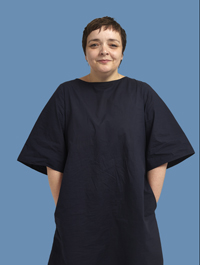 If you don’t mind, I’m going to give the obligatory "let’s give radio a kicking" bit a miss. I know great radio can move, excite and provoke but, for the most part, it’s the grunt end of the media schedule, hamstrung by piss-poor budgets, a brief more suited to a 90-second TV commercial and legals longer than the ad itself.

If that wasn’t hard enough, it then has to fight for its voice in the cafes, cars and cabs of Britain. It’s hard graft.

So, I have taken this month’s ads to guys who know how to pitch their wares above the noise and the clutter. Who know it’s not about shouting the loudest. Who know how to charm the cash out of you.

The flower sellers of Columbia Road.

I’ve swapped bags of sweets for opinions. They didn’t disappoint.

Transport for London. Tell Londoners that the Tour de France will screw up their commute. It’s straight. It’s wordy.

But it’s a heavy-lifting ad that gets the message across.

"Personally, I’d have preferred a joke in there… what rhymes with bike?"

O2. Wet phone in a tub of rice. "I tried that once – I used chicken fried rice. Fucked my phone right up. Would only dial number 35 on the menu…" Lame.

Carling Zest. Refreshment on the radio. The Columbia Road guys turn on the media buy.

"This is what a lager and lime is supposed to sound like? Why would you do that on the radio?" I don’t have an answer, sorry. They look at me as though I’m a twat.

Virgin Media. They do get this one. A conversation about sport/short shorts and Brian Jacks ensues.

This is heavy-lifting radio done well. A sharp script, celeb voiceover and the iconic Superstars soundtrack.

A Child of Mine. A bereaved parent reads a poem about their dead child for a charity that supports the parents who have lost a child.

"What are you supposed to do after that?"

They don’t like it, and nor do I – heartbreaking as it is. It deserves better than just another "put a sufferer in the spotlight" ad.

Expedia. Best of the bunch. It’s a grunt brief executed with wit and charm.

Nev, one of my guys, breaks away. He has spotted a shoplifter. Some hipster is trying to impress his morning-after-the-night-before conquest by "lifting" a bunch of sunflowers. He gets both barrels.

"Oi, Tarquin! Fuck off back to your million-pound squat, you skinny-jeaned tosser… and give your girlfriend her leggings back." Everyone stops. Everyone laughs. Everyone gives Nev a round of applause.

"Tarquin" promptly pays for his flowers. Over the odds. Others, drawn to his stall by the kerfuffle, start to buy.

And that’s how it’s done.