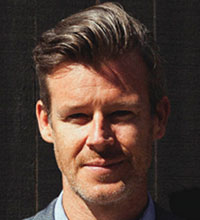 Apart from Chef’s Table, my current favourite TV show is Gogglebox. I’m pretty sure everyone has seen it but, on the very slim chance that you haven’t, it’s basically a telly programme where people watch telly: it lays bare the conversations that real people have, in the real world, in real time while they’re watching TV. And that’s not a bad way to look at ads actually; not sitting in French artisanal workwear in Shoreditch with your feet up on a mid-century table, but imagining yourself watching them at home with your mum – and there are no feet allowed on tables in my mum’s house. Or artisanal French workwear.

First up is the new ComparetheMarket.com (5) spot. More than seven years on and it is still one of the most valuable brand properties in British advertising. A property in the way that the Mad Men of the 1970s understood: popular in the nation’s living rooms and hearts. With a catchphrase that real people use. The commercial success of Comparethemarket is inextricably linked to the continued relevance of the meerkat property. It’s that good. The meerkats make something of little or no interest mean something  – and that is testament to client and agency team alike.

Sky Cinema (2) has a much tougher gig. The products they are advertising are some of the most interesting things in our lives – so how do you draw attention to that without looking subservient? Well, with intelligence – and they had me at hello. I know for a fact that my mum and dad would make up a game where they tried to guess the actors’ voices and the films that they came from – it is an elegant way to engage us and provoke our emotions.

Danepak. Sainsbury’s already got into trouble this year trying to be clever with the humble bacon sandwich on Father’s Day. Bacon is one of the most delicious foods ever invented and I believe that Danepak makes excellent bacon. Why not simply celebrate that? When you think about how beautifully Lurpak treats butter or Marks & Spencer glorified food, layers of artifice get in the way of that.

NHS Blood and Transplant (4). This feels like an opportunity missed. Their metric will be brutally simple: change people’s behaviour in relation to a difficult subject. It feels like that has been ducked. When you consider the extraordinary, life-affirming stories that must exist in this organisation, the one crucial bit missed is, ironically, a story with heart: that would allow the viewer to see themselves in the equation.

It really is good for all of us to look at what we do through the eyes of the audiences we serve. I got sent the BBC’s (1) Olympics ad on the same day that the extraordinary new Channel 4 (3) "superhumans" spot came out, and it initially suffered by comparison. Its confidence, its epic nature, its significance – according to Dan Brooke, there are more disabled people in this spot than in the entire history of British advertising – make it peerless. This deserves all the attention, support and accolades it will attract. It’s not just good communication, it matters.

But comparison in many ways is artificial. Only we in the industry will do that. When the BBC spot came on telly at home on Sunday night, I wasn’t expecting it – and it blew me away. In context, it too was terrific: brilliantly executed, ambitious and kids will love it. Given that one of the biggest challenges the International Olympic Committee has is engaging the next generation, that can only be a good thing. 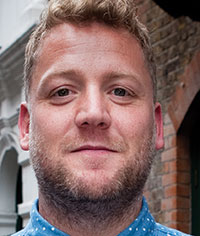 I’m easily distracted. So let’s cut to the chase and talk about Channel 4 (3). I can’t get it out of my head.
As far as ads go, it doesn’t get much better. Every snare, perfect edit and sound effect. Every one of the 4,500 frames crackles with genius. Three minutes long, but I want to spend the next 30 watching it. I want to Sky+ it so I’ve got a big copy of it on my actual telly. I want to go to Currys and watch it a hundred times at once. Mates from school who couldn’t give two shits about advertising posted it on Zuckerberg’s big blue scrolling bible. The superhuman Pete Gately commented that he’d "not seen a finer sequel since Honda ‘Grrr’". I agree. But it’s not just the 180 seconds and the 120 amazing people and the hundreds of hours of love poured into it. It’s not just an ad. It’s next level. And we so need it. Especially now. What with (insert your own impassioned beef with the world). It’s a reminder that whatever shit we’re all going through, it’s about how we deal with it. A reminder for everyone who’s told they can’t or shouldn’t or faces a massive struggle that we can get through it (Dad, yes you can), and it’s a kick up the arse for us all when we can’t be arsed. It’s bigger than just an ad to get us to watch sport on telly. My son now wants to learn to drum with his feet. Love that.

Anyway, on to the other temporary distractions.

ComparetheMarket.com (5). There’s something that starts in the Breaking Bad wagon, and involves a vertical rat doing a bad Yoda impression and some guy whose acting is stuck in 1987. Other words happen in my ears and eyes, but my mind’s off thinking about Yoda and Episode VIII. Any other week, this might be entertaining.

There’s something for NHS Blood and Transplant (4). A thinly veiled steal from "Dumb ways to die". Didn’t anyone spot this? Sorry, I know this is an important subject, but this needs putting out of its misery. I then get momentarily distracted by the memory of the "Missing letters" blood-donation campaign. Pulling that off was pretty "superhuman".

This delightfully animated BBC (1) Olympic spot offers a nice distraction – well-directed but even Usain Bolt as a black panther… hang on… I make some connection about black panthers and the 1968 Olympics and black power… bollocks! I’ve missed the end of the ad. Scroll back. It’s handsome enough but just can’t compete with its Paralympic cousin.

Scandinavian meat lords Danepak have dished up a gag in the form of a fake app called Rindr. I guess this means they want to increase sales of pig meat to undersexed people.

There’s some knowingly idealess prettiness for Sky Movies. Managed to watch it all the way through without my mind wandering and I now know Sky Movies is changing its name to Sky Cinema (2). Imagine the hundreds of meetings had around that enormous and important shift.

It’s all just hopeless, though – all I really want to do is get back to filling my eyes, ears and soul with a tonic of amazing people singing the world better. Everyone involved deserves an international standing ovation because this walloping great "superhumans" spot does more than distract, it makes you want to be a better human. Anyway, best get back to the reality of selling toothpaste. Which reminds me – the toothbrush shot. The timing. Genius.