First, I haven’t been to work for six months. I haven’t written an ad, eaten Pret or opened Keynote for half a year. I’m nearly at the end of my maternity leave. I have two weeks left and, even though that’s the length of a pretty luxurious holiday, I have that Sunday feeling every day. I haven’t discussed an ad (it’s not going to make me many friends in the playgroups) for yonks. Here goes…

A case study! Deutsche Telekom (1) has developed a game whose data allows scientists to better diagnose dementia. Have I been out of the loop for too long (quite probably) or is this a little faux science? A marketing guy saying "the science is legitimate" in a case study doesn’t help. But I asked Anomaly’s resident scientist. It’s legit. UCL + Alzheimer’s Society + data collection – yep, apparently this could make a difference. It’s a shame that for Deutsche Telekom to get any recognition for it, it has to make a case study.

Wait, people no longer send emoticons via text message? Instead, they show each other cans of Pepsi (4) with them handily printed on the side? The mums’ groups of Hackney really are behind the times – we’re still texting them to each other. Must keep up.

A three-minute ad break from Ronseal (5). A guy paints a fence and you watch the paint dry. A mammoth media spend to make the joke that "you’ve better things to do than watch paint dry". This ad isn’t making my Sunday feeling any better.

Maynards and Bassetts (3) have merged? This proves it: everything has changed since I last engaged with the world. Sweets are fun, these are fun. There’s no over-thinking them. Although they feel a tad E4 circa 2006.

Old people love tiny people. There must be some non-Yewtree graph that correlates the older you get with your enthusiasm for babies. I currently chat
to at least two old people a day, mostly on the bus. I wouldn’t mind sitting next to Bo Gilbert, Harvey Nichols’ (2) 100-year-old model. She looks like she’d smell delightful and have great conversation – I might even let her touch my baby. Harvey Nichols is aligning itself with all kinds of lovely things here: age, Vogue, diversity, Bo. Bo makes me excited to get back to work. I want to chat to onset Vogue grannies, not number 38 bus ones. 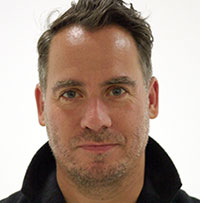 I started writing this last week while ensconced in the fear and negative campaigning of the local elections. Considering we’ve emerged with a brilliant new mayor of London and the first mixed-heritage mayor of Bristol, who are both looking to lead by uniting and not dividing, I felt obliged to reassess my critique.

So, in the spirit of building bridges, let us begin.

I opened the Harvey Nichols (2) campaign looking forward to something with a bit of attitude. The idea of celebrating 100 years of Vogue with a 100-year-old model is a great way of talking about ageism and calls to mind the Céline campaign with Joan Didion, the documentary Iris or even the fantastic blog Advanced Style. So it is in great company – I just wish it had more of their age-old chutzpah. Still, we have the rest of the year to build on it – I can’t wait.

Next, I’m clicking through a link for Deutsche Telekom (1), which is tackling dementia by making a piece of content informing me about the mobile game it’s made. Brands with a strong sense of purpose and responsibility are to be applauded and Deutsche Telekom is clearly trying to help – but I’m afraid the overly long film left me a little, sorry to say it, confused. To my mind, focusing on celebrating the game and making it appealing to me should be the campaign’s first mission; finding out it’s a research tool is a byproduct of that fun game.

Back to a more traditional world, where Pepsi (4)has released a global brand campaign that, I think, is trying to connect with young people by attempting to speak their language. This is tough because, unlike Deutsche Telekom, which has a clear purpose (sharing), Pepsi seems to have lost its way. I can’t see what it has to offer to an audience that does not need to be told to "live for now". Unfortunately, as a brand it lacks relevance but, guys, what a great brief! Let’s get Pepsi’s mojo back.

Which, by contrast, takes us to Ronseal (5), which is a business that understands its audience fantastically. It also understands its product so, instead of pretending it’s something else, it has decided to do some excellent media buying and has made a very memorable commercial about watching paint dry. Great, love it, perfectly pitched for the audience. Great use of media, clear idea. I know what I need to do when my fence finally gets built.

Last in this week’s bag of mixed flavours (sorry) are the Maynards Bassetts (3)  idents for Wine Gums and Allsorts. The idents demonstrate chunkiness, chewiness etc in a fun, crazy, mixed-up style. Now, I understand the theory and I really like some of the animations, but why do we have to have our hands held so tightly about what they’re doing? I get it, my kids get it; guys, let’s just enjoy it.

Our world is one of making things, of realising the dreams and ambitions of brands and telling the world about them – because we’re all consumers and we all need inspiration, whether that’s to paint a fence or hug our nans. So let’s stop being so wrapped up in the nitty gritty and remember who we’re talking to.

Pepsi "say it with Pepsi" by BBDO New York