While everyone is outside catching Pokémon, our world is falling apart. The very structures we treasure are disappearing before our eyes. The walls of the society we love are being destroyed. The pillars of our culture are crumbling.

That’s right. Saatchi & Saatchi is getting knocked down. Problem is the new building is not ready yet. So they’re knocking it down while we’re still in it. Consider these words my dust-covered dispatches from the frontline of Fitzrovia.

Funnily enough, the work this week is a battle zone. One without a hint of victory in sight. I’m disappointed. That’s added to the disappointment of being stripped of reviewing "We’re the superhumans" at the eleventh hour. There’s a glowing review in my desktop trash can.

My first discovery is a lone child in Just for Kids Law (1). She’s spent the night in the slammer. Probably for Pokémon rage on the 329. The film has a neat interactive gimmick, which I like. I don’t like it like it, like I like Honda Type R or Met Police knife crime (for clarity, it’s the ad I like, not stabbings by constables). Problem is they stopped there and forgot the idea bit. There’s just not enough in the writing or the film-making to make it special.

The next target is Nike (3). They have Bobby Cannavale reading a sportswear manifesto. If that’s not terrifying enough, he’s torturing babies with it. It makes a point – just not a good one. It lacks the fun, spirited edge we expect from Nike. It’s a bit flat. Baby LeBron’s in it, but baby LeBron’s better when he’s big, grown-up LeBron – and a much better actor too.

The next bomb site reveals… more kids. This is turning from a war zone into a humanitarian crisis. Team Sky (4) are on the charm offensive. Everyone thinks they’re a bunch of automatons run by a mad performance scientist. So they’ve used some cute kid versions of their super-cyclists. BANG! Was that a revelation? Or just a bulldozer going through The Pregnant Man pub? Definitely the latter.

The Green Party film from earlier this year used kids to brilliant effect. But this one doesn’t have enough to it to be shared or talked about. That said, it may have worked as I don’t recall one incident of pissbags being flung at Va Va Froome this year.

As I make a quick dash over the demilitarised zone, I stumble into Dubai and find Keith Lemon banging on about upgrade deals for Carphone Warehouse (2). He’s having a whale of a time. He seems a good fit for the brand – not quite sure of the relevance but his oddball irreverence works well. It’s just not as good as the "Hooooooch" one he was in.

One final search and clear, and I find Warburtons (5). They need to get out more – don’t they know that emoji ads are commonplace these days? Here, they’re used as an animation style. Domino’s Pizza and the WWF used them as a business tool. Enough said.

Which makes me realise that everything this week has been done better before elsewhere. Wait – is that the sound of my chopper arriving to airlift me out of here? Oh no, they’ve just knocked down account management. 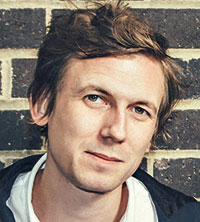 It feels like a (welcome) sign of the times that Campaign asked a creative technologist – not a "traditional" creative – to write a Private View. I was hoping for some computer vision or deep learning to dig into but, instead, I got Keith Lemon firing golden golf balls from a cardboard rocket launcher. For the sake of our industry, let’s hope it isn’t too long until Campaign has a richer selection of genuinely innovative, interesting work from which to pick from. Until then, here goes…

Sky (4). There are one or two moments where this all feels a bit forced but, overall, I think it has achieved its target of cute and inclusive. It’s probably not going to change the world, but these sorts of things don’t need to, and they always seem to perform pretty well in social. Cycling gets taken very seriously (people who fly their bikes to SXSW: you know who you are!) and I guess this succeeds in taking the edge off that a bit.

Nike (3). I really wanted to love this. We were watching the "Da Da Ding" video from Nike India a week or two ago, and it felt like nothing diminished what the brand stands for or Wieden & Kennedy’s ability to capture it brilliantly in film. I have to admit I watched this one straight after Keith Lemon in the gold golf buggy, so I was probably hoping for a bit more depth than I usually would, but I just didn’t get my Nike goosebumps from this. I also didn’t know the actor, so it immediately came across as a strange guy in a maternity ward, which didn’t help. It feels like a bunch of fierce Indian sportswomen came out on top here, and I guess you couldn’t get more Nike than that.

Just For Kids Law (1). At least we saw some tech here. While scrubbing between two videos has been done before, this was a fitting and well-crafted use of the technique. It’s at the other end of the spectrum to Keith Lemon (who gets a spectrum all to himself, to be honest) but it is good at getting the message across and it’s a strong cause. I feel like virtual reality, social media and even simple browser experiences such as this are pushing our technical ability to tell stories from parallel perspectives, and I’d love to see big-brand, cutting-edge executions of it.

Warburtons (5). I think this is a competition with emojis; I had to do a bit of digging. I’m not sure how I should judge this. I have to admit that I’m not glued to the Warburtons Twitter feed so, from the outside, it’s a bit remote – but I’m sure it had a captive audience in mind.

Carphone Warehouse (2). Shouting, Dubai, lots of gold: it’s the perfect ad for Keith Lemon, really. I didn’t need to use my brain very much and now I know Carphone Warehouse does upgrades. I realise that when we tell people we work in advertising, this is the sort of thing they think of – but if it sells phones and keeps us in the best job in the world…

Just for Kids "#NoChildinCells" by Adjust Your Set