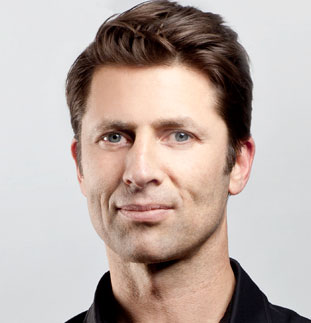 The thing about Private View is that it’s anything but private. It couldn’t be more public, and this month perhaps more so than any other. Of course, that’s true of ads, too. And Cannes is the one week of the year clients and agencies are scrambling to ensure the world knows that they made that award-winner. They are after the biggest Public View they can get.

But I wonder how many really keep that thought in the front of their minds when they’re discussing and approving ads in the client’s offices. How often does the discussion become all about the brand, with the audience being the last thing they consider? Well, once those decisions become an actual ad, it’s their very own Private View that is out there for all to see.

I’m glad to say there are a few in this month’s collection that I’ve no doubt many of us would be proud to put our name to in public.

Ikea has really upped the ante on selling its beds this past year, producing some great films. This print ad is another example of how far it’s prepared to go to send you to sleep. I just hope it isn’t so effective that it also sends award juries to sleep – part of me suspects it is they at whom it is really aimed.

The Football Association’s all-female Subbuteo is the kind of thing that I’m sure we would all be happy for everyone to know that we had done…  just in time for Cannes. No, it won’t change the world but, in its own small way, it will help. It should have been done years ago.

Kopparberg. "Outside is ours" is the claim. Beautifully shot, as you’d expect from a booze brand. That aside, why? Why the kites? Why in a rocky canyon-land? Why the fake scenario?

Quietly moving along now to McDonald’s "Big Mac can". Coke and Maccers go together famously well. And 50 years of the Big Mac is a big deal. So while the custom can is a nice idea, it feels like they should have created something more iconic to celebrate the partnership. This falls short of being the collector’s  edition it deserves to be.

Aldi has taken a bold step to celebrate Deaf Awareness Week in the UK. It (or its agency) partnered several brands to take over an entire ad break and included signing in all the spots. To lead the way, Aldi created its own all-but-silent sign-language spot featuring a deaf mum and daughter (Elizabeth Sly and seven-year-old Maisie, who starred in Oscar-winning short film The Silent Child) promoting fish fingers and good manners (don’t talk with your mouth full, even if you are signing!) This one definitely deserves to be anything but private.

Speaking of partnerships, Radiocentre led an initiative across commercial radio stations and the BBC to produce the "Mental health minute". Given the intimate nature of radio, this could really be something. To see more lateral ways of connecting with people in a private way that only radio can is something to celebrate. I hope the production lives up to its promise.

When it comes to "Hope" from the Red Cross, we could be watching a scene from a feature film. It’s powerfully made. And powerfully delivered – I just wonder to whom. This is a message for governments and needs to be delivered at a global summit or UN convention, where it can more directly get the message across.

Apple’s beautiful black and white films are a fitting French departure from the previous more colourful "Shot on iPhone" ads. More cinematic in tone, it’s questionable how well they work with the hip-hop tunes. If the YouTube draws count, the jury is definitely out.

Of course, it’s World Cup time. And betting brand Bwin has embraced the Russian theme in an entertaining and fresh way. "Who stole the Cup?" will be known to all when the final score is analysed and debated by the losing sides. But for now, BWin is sure to get its money back on this investment.

The BBC is in on the World Cup act, too. Full credit to the in-house team for this animated tapestry. The thinking behind it living on as the journey unfolds, the craft in creating it, the music and the making of it all conspire to create a standout film during a season of same. 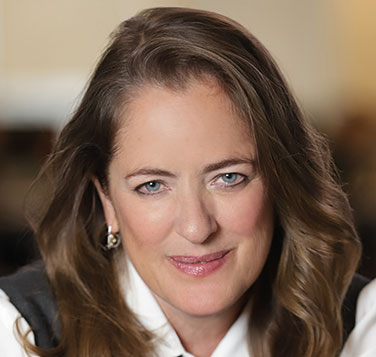 I told Campaign I would be happy to write for Private View, but I would not be critical. Every idea is an act of bravery, a willingness to take part of yourself and put it out there for the world to judge. So I look for what resonates.

This past year, we’ve been asked to cook an Ikea ad. Pee on an Ikea ad. And now we can sleep with an Ikea ad. I nodded off watching the case study film, which I believe was the point.

Maybe it was the effect of the Ikea ad, but when I started watching this Kopparberg film, the kites undulating across the sky and the rhythmic repetition of "I need your loving" lulled me into a hypnotic state quite similar to catching a buzz on a sunny afternoon. But then the dust creeping into the story made me feel a little dry and thirsty. Actually, a lot. Cut to close-up of guy drinking an ice-cold cider. If you have to show someone drinking the product, it’s good to make the person watching the guy drinking the product want to drink the product.

"Hope" from the Red Cross is heartbreaking. On first viewing, I felt no human being should have to experience this kind of war. And then I felt worse. Should anyone have to experience any kind of war? I struggled with Raya being alone in the back seat. The space between father and daughter creates painful tension. But what parent wouldn’t want their dying child as close as possible?

I’m a big fan of long-running campaigns. Too often, we abandon the familiar because we become bored with the work rather than accepting the challenge to write "the next one". Today, we are bombarded with new content everywhere we look. Sometimes, it is nice to recognise a brand, in this case Aldi, know the structure, and enjoy the next chapter. To write with silence is a nice twist.

So to McDonald’s "Big Mac can". I see a can; I hear a song. Two all-beef patties, special sauce, lettuce, cheese, pickles, onions on a sesame bun. Four decades later, a jingle I first heard in the 1970s in a grade-school playground is still inspiring people around the world. If you work on a brand with these kinds of assets, use them.

Getting the right message to the right person at the right time seems to be the subject du jour. But there is also something to be said for getting one single message to all sorts of people at one time. When we share in a piece of work, it becomes more powerful. Experiences en masse are becoming more infrequent. The Radiocentre "Mental health minute" initiative is a great example of one-to-all marketing. And I’m sure it made an impact.

Thanks to International Women’s Day, we are hyperaware of the need for female representation in spaces dominated by males. Brands worldwide are writing women into their stories. Jane Walker made her debut this year. "Fearless girl" stared down the male-dominated Wall Street. Queens ruled over Kings in card games. And The FA released a Subbuteo Women’s FA Cup final limited-edition set. The question is: why do these things have to be limited to a certain amount of time inspired by one day? Shouldn’t there simply be a Women’s FA Cup set for all the girls who love the game? And maybe we should consider a set made up of a diverse team of men and women. I bet plastic men and women are equal.

Shot on the iPhone; sung on the iPhone. Apple continues to demonstrate artful technical capabilities without a single word of voiceover. A confident brand is one that gets out of the way of the creative execution.

You can go to Hollywood and spend decades trying to sell a script. Or you can get the next Bwin brief. It’s nice to see work that is pure entertainment and doesn’t take itself too seriously. And it proves we don’t have to abandon film to offer an interactive experience.

Too often we treat advertising like disposable content, resulting in ad trash. Here is a film from the BBC that is a beautiful piece of animation in its own right. The personal stories about how creative decisions were made leaves us with an artful piece of work, not a heavy-handed typical ad. We must take the time to indulge ourselves creatively. The result? An historical tapestry that could live in this world forever.

BBC "History will be made" by BBC Creative

Bwin "Who stole the Cup?" by BBH Sport

International Committee of the Red Cross "Hope" by Sra Rushmore