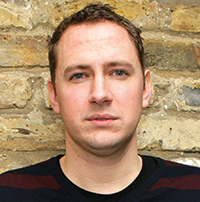 I’ve been thinking about journeys recently. Maybe it’s because the newly formed Havas gang is taking the first bold steps on our collective big journey. Maybe it’s all the airport immersion. Maybe I just need a holiday.

Whatever it is, this collection of ad-like objects seems to share a collective journey-ness too.

The banking journey is a well-trodden and well-hooved one. HSBC (5) has made it its own in recent times. The elevator ride through history was a memorably original journey. This one looks nice enough – the casting is good, the performances believable and it tries ever so hard to leave its mark. But, for all
its familiarity, it’s a journey that has already started to fade from memory.

Paddy Power’s (1) journey has been unforgettable recently. Shaving the rainforest. Skywriting. Rainbow laces. This feels like a slightly normal, almost timid step for once. A betting ad just like all the other betting ads – even with a "Pitta Andre" joke. Still, that Danny Brooke-Taylor is a real chameleon under all that latex.

This emoji road is also a road well-cable-car-ed. We’ve seen Ballantine’s successfully petition Unicode for a whisky emoji, Durex call for a condom emoji for World Aids Day and now Bodyform (4) is suggesting period-themed emojis. Clearly, I’m not the target and, weirdly, something tells me not to completely rule out these actually being used as shorthand within presumably a younger female audience – if they actually existed. In a month when Always is highlighting to that same young female audience the imbalance in emoji gender (all jobs and sports are represented by male emoji icons – unless you count bride as a job or a long-haired surfer as a girl), Bodyform seems like it’s on an irrelevant path in the great emoji journey.

Michael Phelps, eh. Sometimes, the end of the road can look ruggedly handsome. Swimming has to be the least televisually satisfying Olympic event. OK, maybe archery or the small-bore rifle one, but I have an issue with swimming. You never know who’s in the lead. All that neck-and-neck stuff you get from all other forms of racing is kind of, well, a bit submerged.

Finally, the real end of the road. We’re all going to die, according to Tom Clancy’s The Division (3). Oh, well. Obliterated by an outbreak of personal data-driven smallpox. That’s the way I want to go. 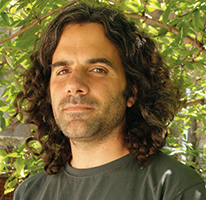 Rather than spending an hour looking at ads by myself, I decided to look at them with Jack (creative), Serhan (creative) and Gayathiri (new business). Here are our thoughts.

We start with Under Armour (2). When the ad finishes, Gayathiri asks: "What is Under Armour?" Explaining what the product is made me realise how we all got fooled into thinking that we need to wear sports clothing under our sports clothing to play sports. I think it’s a good ad. Good production values, nicely shot, nice idea. Jack, Serhan and I like the eternal pool shot. But I can’t help thinking it feels a little bit too much like some Nike work from the distant past. It may be just me. Everyone else is twentyish, so they don’t have a past…

We move on to Paddy Power (1). A brand that pushes the boundaries and a comedian who does exactly the same. I really want this to be great. How can you not root for Paddy Power? But it isn’t… good. Disappointed faces all around me.

Bodyform (4) is petitioning for new period-themed emojis to be included in the official emoji language. Tough one. I am tired of brands getting behind causes to sell more products. I’m also tired of emojis in ads… they are a bit like last year’s cats and dogs. Jack suggests it should only propose one emoji instead of six. He’s right. Why six when you have the right one? (Insert emoji.)

Gayathiri likes the idea of having an emoji to communicate the fact that you’re having one of those days so that no-one has to say: "Hey, I am having one of those days." It’s better to say "Hey, I’m having my period" with an emoji. Get it out in the open, make it less taboo. It’s definitely more important to have a period emoji than lots (and lots) of other emojis. Bummer that its main competitor came out with an emoji-based ad a week earlier.

Tom Clancy’s The Division (3). A simulator takes your geolocation and matches it against flight-path data to show how quickly a lethal disease could spread from your location if you were patient zero. Serhan likes it. I personally quite like the idea of getting a virus and wiping the entire human race off planet Earth. Jack says it is nice. We end up talking about other stuff we like, such as Murdermap and that map someone made that showed where all the bombs dropped in London during World War II… then Jack goes to get tea, so we wait before we watch the last one.

HSBC (5). I want it to stop trying to appear as a human, friendly and "nice" brand. Weren’t these the same guys who laundered money for drug cartels, arms dealers, terrorists and dictators trying to circumvent international law and United Nations sanctions? Seems like a bit of a disconnect. Anyway, let’s get back to the ad. No-one has anything nice to say about it, to be (brutally) honest. So I ask other people around the agency, and no-one seems to understand why the fuck I am showing them an HSBC ad that isn’t any good. And why use a voiceover with an English accent for a guy who is clearly not English? It’s confusing when you’re telling a life story in a style that doesn’t make it feel real.

But the worst thing is the story reminds me that I never became the screenwriter I always wanted to be. Perhaps that’s why I’m sending my four-year-old to the Robert McKee screenwriting seminar when it comes to London on 5 May. I am determined to live my writing career through him. Who knows, I might become the next Earl Woods and finally make my father happy…

One can only dream.

Under Armour "rule yourself - Michael Phelps" by Droga5