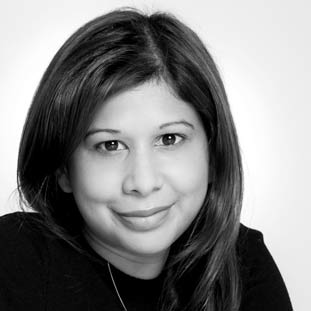 It’s the "Best of British" special. And an excellent reminder that the UK is home to some of the world’s best creative talent. So wave the flag you bought for Harry and Meghan’s wedding, pour a cuppa (or a Frozé if you are in Cannes) and let’s look at some ads.

This is FCKing funny. The helpless smile of Colonel Sanders’ logo makes it even better. You can see the disappointment in his eyes. In his Kentucky accent, he thinks to himself: "Holy mac ’n’ cheese balls. How have these highfalutin Brits fucked up my chicken restaurant?" In a world where tactical advertising has been reduced to posting a congratulations message to the royals on having a baby, this stands out. The clients would have weed their pants in fear when inking this ad but perhaps they thought it couldn’t get any worse than KFC running out of the C.

Absolut ‘The vodka with nothing to hide’

Hang on a sec – I just found a suspicious-looking hair in my vodka, lime and soda. Do they have some sort of pubic hair net to prevent this from happening? Or are all staff waxed on their way in to the factory every Monday? And if they truly have nothing to hide, why don’t they show us what’s behind the pixelation? This film made me smile. Nicely executed, funny and GREAT that advertisers are showing real human bodies.

This film premiered in the Hammer Museum on 18 April 2018 and it should probably stay there. It reminds me of a film someone in my GCSE art class made. The "artsy" audience that Uniqlo is trying to target here have moved on from stoicism. They now run meme factories on Instagram. It’s all about spreading positivity and living your #bestlife, right?

This is a fantastic idea: playful, simple and showing the product in all its ghoulish glory.

These Gormleyesque figures are a reminder of what a single, giant, powerful, iconic image can do. An urgent and important cause that deserved all the attention it got from this campaign.

SLAP ’EM IN THE FACE AND TELL ’EM TO STOP RUINING THE GODDAMN PLANET. There are too many cutesy animated characters singing songs about electricity – this film slices through all of that.

The idea of a human test is better than the execution of this film. In a world where robots look identical to humans, they would have gone past Microsoft Clipart. This could have been less ironic and more scary because that’s the reality.

Finally, an important way to use this cereal-box-based VR technology. So often we shove our phones into these cardboard contraptions, looking a bit silly and not experiencing very much. This treats it more as a tool to trigger the brain. By taking dementia sufferers back to a time they remember, it hopes to promote positive conversation with the people they love. This human use of technology gets my vote.

It’s TOTO’S AFRICA, the BEST SONG IN THE WORLD.* You can’t just put Toto’s Africa under a voiceover – YOU JUST CAN’T. (And don’t give me that "John Goodman’s deep, warm voice makes it OK" nonsense.)

Nike ‘Nothing beats a Londoner’

In this list of highly commendable work, nothing beats "Nothing beats a Londoner". It struck a chord with people at home. They loved it. They shared it. And they shopped at Nike. Manchester asked for its own ad. It’s gone across the pond, and Paris wants one too. And why did they love it? Because they are the heroes in it – not the sports stars. It’s all about the kids, teenagers and youth of London. Portrayed with pride. Black people shown as black people – not advertising’s version of black. Each scenario dripping with creativity. This campaign deserves every award it gets.

*"Science said Toto Africa is the best song ever made." Tweet by David Poeppel, professor of psychology and neural science at New York University 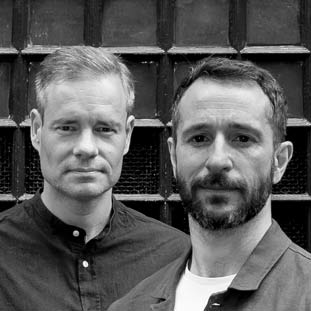 Great work speaks for itself. No words are necessary. No need to clarify, defend or question. This month’s Private View arrived in our inbox packaged as the "Best of British". If the ads live up to the grandiose title, this should be the easiest piece of copy we’ll never have to write and we can get back to scouring the interweb for Scandinavian mid-century furniture and Japanese indigo underpants.

Ahhhh. No such luck. The continuing appearance of words can mean only one thing: not all the work, sadly, is great and, that being the case, it needs someone (namely us) to speak for it. How much we speak (or, in this case, write) will directly correspond to how meh, so-so, good or great we think the work is. The greater the number of words, the lesser the work.

To start, a chunky paragraph on Droga5’s ‘Metatronia’ for Uniqlo. Someone once described jazz as "where the people on the stage are having more fun than the people in the audience". There’s a similar thing going on here. It was, apparently, directed and conceived by the artist Solange. AKA Beyoncé’s sister. AKA the one who opened up a can of whoop-ass on Jay-Z in a lift. It’s really just a product demo for Uniqlo’s leisure range, expressed through the three most terrifying words in the English language – dance performance piece. It’s like a weird mash-up of The Handmaid’s Tale and Woody Allen’s Sleeper. Or maybe it’s a joke and the joke’s on us. Who knows?

A sentence or five on Wieden & Kennedy London’s ‘Puggerfly’ for Three. A pug has butterfly wings so it can whizz around Snapchat putting crap face filters on things, accompanied by the soundtrack of Toto’s Africa. There’s only so much Shoreditch post-modern irony we can take in any one ad. "Dancing pony" was wonderful. It moved like Jagger. This one moves like Michael Bolton.

Ever heard of the 10-year rule? Apparently, it’s fair game to "recycle" an old ad idea after a decade, the theory being that, by then, consumers and juries will have forgotten all about it. We don’t really like rules. And we really, really don’t like that one. This spot for Absolut by Bartle Bogle Hegarty London was done very famously by Howell Henry and directed by Frank Budgen for Danepak bacon back in the days when Toto weren’t ironic, they were just shite.

Uncommon, unlike most agencies, is uncommonly good at hype and self-promotion. More power to it. But, over time, headlines about itself will have to be replaced by headlines about the work. This work for Ovo Energy, its first, is a decent start. The idea is thin but the execution is strong and the mash-up of Slayer and the "get mad" speech from Network is inspired.

‘Human test’ for Channel 4 by 4Creative falls firmly into the good category. Nothing wrong with that. But as our old Guvn’r Mr Hegarty used to say: "Good is the enemy of great." And who are we to disagree?

Dougal Wilson is Top Gun. The best of the best. So good he manages to be both Goose and Maverick. But ‘Ghosts’ for Ikea is one to be buried in the middle of the showreel.

KFC’s ‘FCK’ by Mother. A tactical press ad. How quaint. And how simple, clever, timely, memorable and, yes, funny.

Adam & Eve/DDB’s ‘Project 84’ for CALM. Made us look, made us think. Beautifully harrowing.

And the final lack of words goes to W&K’s  ‘Nothing beats a Londoner’ for Nike.

Nope, nothing to say here.

That’s it. Stick a fork in our arse and turn us over. We’re done.

Bonne chance to all in Cannes. Or perhaps we should say: "Best of British."

Ovo Energy "It's time to power your life differently" by Uncommon