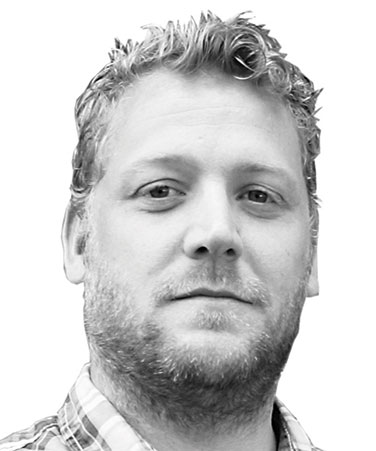 Moons ago, my first agency won a hefty pitch and the client sent the whole team a bottle of whisky each to say thanks. Etched on every bottle was the quote: "Armies can be stopped, but not an idea whose time has come." I’ve never opened the bottle, never forgotten the quote, and it’s never felt more apt. Sadly, many great ideas will have perished over the past six months under the onslaught of clipped budgets and brutal scrutiny, but the best ideas are built from tougher stuff. They find a way to live, and to last. So let’s pour a wee dram and salute the survivors. For you are all heroes.

The utterly charming Samsung spot cleverly flips the "based on a true story" trope. In a single frame, a great photograph can leave you daydreaming about the story behind it, and director Sam Hibbard uses another 2,250 frames to excellent effect. While the rest of the world’s smartphone ads are fighting over the number of cameras they can cram on to their handsets, this film is thoroughly enjoyable to spend time with. I’m so glad it lived. It needs siblings.

Aunt Bessie’s. Care is always vital, but I’m not sure I agree that "Caring is the hardest thing we do". Care often involves graft, sure, but also comes easy to people who genuinely do. That said, this piece of film is as toasty as a Sunday oven and expertly handled in the film making clutches of Tom Green. The casting alone left my belly warm and full.

Ditching their glorious "What a time to be alive" campaign in the current climate was probably a wise choice, so the good folk at Rustlers have opted for an honest approach informing us their 60-second scoffables are "Better than you think". Jeff Low on fine form with these entertaining and irreverent spots. "Dance fight" hit me right in the taste buds. Deliciously entertaining.

Much of UK advertising lives in the shadow of John Lewis. This would be a solid and surprising ad for other homeware stores and it’s nicely done, but it’s missing the classic JL insightful magic we expect. The soundtrack is sheer ear joy, but I still have the echo of that fantastic Warburtons giant crumpet ad ringing in my memory. JL will be back knocking our socks off in a few weeks though, no doubt.

Oreo is "playing" in a fun space and should have TikTokstyle nonsense written all over it, but executionally this work left my mouth a little dry. To be fair, though, when I tried to sign up to theplayfulnetwork.com, they’d run out of their tasty black discs, which makes me think the actual public is gobbling this up by the biscuit tinful.

I like WaterWipes. Simple product, no bullshit and work to match. Last year’s cracking "#ThisIsParenthood" campaign was long overdue in the category, and shone. This time, a product TV spot that firmly holds on to its brand position like a newborn baby’s hand clutching grandma’s finger. Inspired choice of a food director, who in his own words "was used to shooting chicken and sausages". Long live this baby

Powerful stuff on a subject that needs serious attention from Refuge. The digital twist on the classic ransom note worked well in the short video, which was haunting and to the point. A strong partnership with Cosmopolitan should get this into the eyes and minds of the right audience and, hopefully, give it the exposure it deserves and actually create change.

Can’t travel because of lockdown? Huawei’s "Sonic escapes" invites us to visit the world in our ears. I enjoyed being transported to Mexico, but something really noodled my noggin. Huawei was asking me to buy a snazzy new pair of headphones with an immersive audio experience that sounds great on the headphones that I currently own.

RNIB pregnancy test. Well, this looks different. A brilliant and helpful product based on a human need. Top work, The & Partnership. "Design for everyone" feels like a long-term platform that could help create more products to actually improve people’s lives. I hope that thought grows and blossoms.

Best till last. I absolutely love what VCCP has done with Cadbury. With each new execution, the infamous "Gorilla" becomes more and more of a distant memory. Last year’s "#Donateyourwords" campaign kicked off the Age UK partnership and this latest is a peach. Celebrating the wealth of wit and wisdom of the nation’s POAs (people of age), it’s bang on the "there’s a glass and a half in every one of us" strategy. Plenty still to be unwrapped with this campaign and I hope it lives a long and glorious life. Stay safe, people. 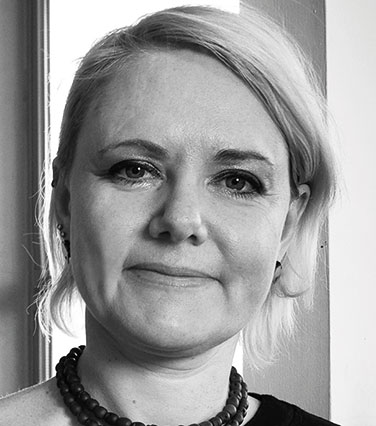 First, I have to put my hand up: Aunt Bessie’s is one of ours and it’s full of warmth that spread through the whole agency as it was coming to life. It has even connected Chris’ grandma Nanna June and Julie Bennett, the amazing, visually impaired, first-time actress in the film.

On to other nanas – not feeding the family this time but being eaten and replaced by a wolf. Rustlers’ "Better than you think" campaign is good, old-fashioned, metaphorical advertising. Properly funny. GREAT music. GREAT scenarios. GREAT silly. Just the joy you want from Rustlers.

On to other snacks with Oreo. "The Playful Network" is an online "club" for people who want to embrace play in the real world. The film and parody of online networks made me laugh, and it’s refreshing to see a fully digital campaign in the mix. Sadly, the free Oreos are all handed out for now and it feels a little like prescriptive fun. But good to see a different approach to brand-building during Covid.

Talking about Covid-related content and snacking, Huawei’s "Sonic escapes" is snackable, binaural sound to bring to life its headphones. To help you escape when it feels like the most you’re allowed to travel is across town on a bus, head to Jamaica, Mexico and Morocco instead. The posters look beautiful, but I’ve not listened to the tracks yet. You’re not going to buy new headphones just to listen to the campaign, so it’s no product demo, but I guess it makes the point that they’re first-rate.

Staying with electronics, Samsung has taken leaps and bounds with its advertising of late. I love the broader idea of "inspired by a true photo" and I’m excited to see what other stories appear and where else they surface. This is using user-generated content at its best: finding an idea people will intrinsically share, but taking it to a different creative place. The competition to send in the best and strangest photos will, in turn, inspire the best and strangest stories for Samsung and gives the brand personality and human connection. I’m jealous of this playful idea.

Another campaign with a strong UGC component is Cadbury, alongside Age UK, sharing the stories of older people and their pasts. Like last year’s "Donate your words" campaign, this ad does a wonderful job of bringing Cadbury’s joy to life and busting many stereotypes about growing old, too.

From real stories from our oldest and wisest to real stories from our newest and softest, WaterWipes’ ode to baby skin carries on the successful "#ThisIsParenthood" campaign. It could go even further in showing what you usually don’t see, but at the end of the day it’s still a sweet film.

Something else a little more unusual and altogether more interesting on the baby front, the RNIB has created a prototype for a pregnancy test for the visually impaired, to give them back the privacy that everyone deserves around such a moment. It was two years in the making and the film made me confront the difficulties that the visually impaired face at such a time – hearing their voices was incredibly powerful. It was brave to also talk about the many reasons you might want a test, and also the ingrained prejudice one experiences from others in this most personal situation. The campaign aims to raise awareness in the design community of the difference you can make with accessible design. Great to see such hard work, and I hope it inspires designers to focus on accessibility.

Lastly, it wouldn’t be this time of year without a little bit of John Lewis to tide us over until Christmas, celebrating that great things take place at home. It’s not the lovely, big, living, eccentric voice of Samsung (I never thought I’d ever put those words together!) and it doesn’t have the legs or laughs of some of this month’s other work – but I really enjoyed it anyway. Ending on the warm fuzzies again.

Rustlers "Better than you think" by Droga5 London