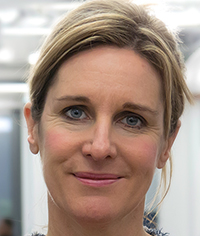 Five missed calls in two hours. Something was up. I was sailing with no easy access to emails or the internet. Turned out it was the day of the Kevin Roberts scandal and journalists were hunting down the industry unicorns (name given by Cindy Gallop for female ECDs) for a comment.

It was another log on the fire of what has been the hot, hot topic of the summer – women in advertising. Kicked off by Keith Weed announcing at Cannes that Unilever has pledged to stamp out female stereotypes in its ads. This pledge came after the discovery that progressive campaigns play better with the target audience. Quelle surprise. This, he said, is not a moral issue, it’s an economic issue. We will create better advertising if we create advertising that is more progressive and start challenging those stereotypes. So let’s have a look at this week’s work and see how we are getting on with it, shall we?

An ad by Burberry (5) is an interesting place to start. Fashion ads and feminist literature would not usually be seen as easy bedfellows. But Virginia Woolf’s feminist masterpiece Orlando, about gender and the transformation of a man into a woman’s body, is the theme here. The fact that Burberry has chosen to reference this work is more interesting than the resulting ad, which doesn’t really explore gender in the way the subject promises. I hope the accompanying TV commercial will go further.

Older women have probably suffered the most at the hands of our industry. We typically depict them as either senile or sexless. Aldi (1) is looking to defy this by casting an older woman who, unlike her dull razor-shaving husband, is inspired by Rio and wants a Brazilian.

I think when you compare it to the next ad from Nike (2), also depicting an older woman – the extraordinary "Iron Nun", Sister Madonna Buder – you can see how, as an industry, we can get it so wrong, and how we can get it so right. Nike has a long and proud history of showcasing sportswomen as strong and empowered. This brilliant ad shows that, with great casting, direction and editing, it can be done with humour, respect, energy and style.

Missing People (4) is a tactic piggybacking on another hot trend – Pokémon Go. It is a smart use of all those active Pokémon hunters – if you’re out there, keep an eye out for missing people. I am a bit uneasy with our current industry relationship with charity brands after the embarrassing and forced confessions post-Cannes of scam charity work. I suspect this is a one-off tactic, and not a fully developed and measurable planned campaign, but it does at least feel relevant and could work to solve a real problem.

Zoological Society of London (3). "Imagine a world where things disappear" is not a new idea in the charity sector. It is a quick way to land a hard-to-deliver message, but the problem with asking people to imagine a world that they don’t particularly like the look of is, well, they don’t imagine that world – they start thinking about what to cook for dinner. Which means they also don’t engage, or donate. Which is surely the point of charity advertising. 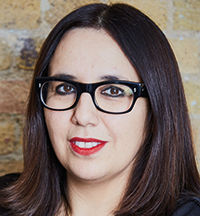 So. My first Private View and I’m hovering over the laptop. Be honest but not too harsh, be instinctive and don’t overthink, be witty but not a smart-arse and, fingers crossed, try not to come across as a dick. And don’t swear too much. Here goes.

First up is the gin-loving pensioner for Aldi (1) and I’m smiling already. Another brilliantly simple funny, done in that quintessentially Aldi way. No fuss, no tricks, just a good ol’ gag, great casting and a spot-on delivery. Like a long-running sketch, making something look so easy and being so consistently good is harder than it looks. Thanks for being my first, Aldi. Nice one.

From one end of the geriatric spectrum to the other and the amazing Sister Madonna Buder as featured in Nike (2). I’m floored and almost forget I’m watching an ad as I Google her immediately after to see if she’s real. She is. All praise the 86-year-old nun who has completed more than 40 Ironmans. Jesus Christ, indeed. A cracking next chapter in the "Unlimited" series. Playful, inspiring and original. The interplay between voiceover and characters in the film alone will raise a smile. Hats off to Nike for continuously mining the unexpected and delivering it with such unabashed freshness and confidence.

Hmmm. I really want to like this piece for the Zoological Society of London (3), I really do. An important message that needs to be taken more seriously and acted on. The idea of a world without wildlife and the reality of fast-disappearing species send chills up the spine. Problem is that for something that should make me feel so much and want to do something, I’m left feeling somewhat flat. I worry that, much like its subject matter, this too might disappear out of sight.

That’s not the case for the Missing People (4) work, which smartly piggybacks on the current Pokémon phenomenon to shine a light on the faces and places of people who have disappeared without trace in the capital. With an audience that is so naturally interactive, digital and social in every way, it’s just smart to engage them in the awareness around missing people and help them spread the word. A simple, neat and reactive idea delivered in an uncomplicated and effective way.

Lastly, we enter the sumptuous world of Burberry (5) and the launch of its first straight-to-consumer collection. I’m a huge fan of Christopher Bailey and the renaissance he has inspired over the past few years. Just brilliant. I’m also a massive fan of Mario Testino. Natch. And Virginia Woolf’s Orlando. Who isn’t? But while it looks beautiful, I had hoped this delicious combination would make my mouth water a bit more. There’s more to come when the collection actually launches on 19 September, so fingers crossed we’ll all feel slightly more wet by then.

So there we go. First Private View done and hopefully I’ve kept to my original intentions. There’s not a swear word in sight, which will make my mum proud and my boss choke in disbelief.

And, fingers crossed, I don’t look like a fucking dick. Cracking.

ZSL "Imagine a world" by The Allotment