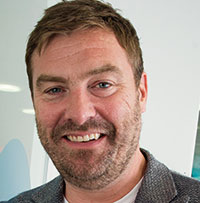 Last week was Cannes week, when the eyes of the world were on us.

Actually, they weren’t. Someone once told me that, to somebody outside the industry, a Lion is about as important as a "Greatest Dad in the World" T-shirt. Nobody outside the industry gives a shit about advertising. Although push them and they’ll recount their favourite ads – and, these days, there are pieces of content (mini-mouth-vom) that are "actively shared on social channels" (another mini-mouth-vom). For fuck’s sake, we all know it’s the job of ads to be better than the rest of what people are looking at, be that green-screen Queen, Game of Thrones or Googling "Olive oil + paddling pool". And sometimes our industry produces wonderful behaviour-changing cultural awesomeness. Not this week, though.

If you were to take this week’s selection, you’d feel we’re collectively failing to compete. The best piece I think is Subway’s (4) toned-down Peep Show. I know the creatives behind this could do something of the same funny as the Mitchell and Webb TV show. Except they didn’t or most likely couldn’t because maybe the client wouldn’t. Nice enough ad, though.

The Nike (2) thing is just awful. A brand that used to be about sport poncing about in a gold room having dreary chats with "ambassadors". This kind of making-of movie is so done and so pointless. We’ve all done too many of them – can we stop now, please?

Two retailers, Heal’s (1) and Asda (5), do their best to showcase their wares – one with nice models and some nice furniture, the other with a celebrity chef whose performance barely improves on his own chopping board. All very nice – nice food, nice furniture, nice chap. Whatevs.

Finally, Halifax (3). It’s the law with insurance and banking that you must have a character or a celeb. From meerkats to Harvey Keitel, the financial services sector has made the brand character an art form of sorts. I guess, for people of a certain age, it might be fun to see Fred and Wilma Flintstone called upon to position other banks as being in the Stone Age. I can see what they did there. I reckon someone at Adam & Eve/DDB is excited about combining cartoons and live action, and I wish I was reviewing its excellent spot for Harvey Nicks, where they’ve put comedy robber toons on top of real shoplifters. But I’m not. So the Halifax thing does stand out – you find yourself going: "Ooo, it’s The Flintstones." With a banking ad, that’s an achievement. But, like most of what’s on offer this week, it won’t get people to care much about what we’re all up to.

I know how hard this job is and I’ve made my fair share of ignorable averageness. And I know none of us sets out to do ignorable work. But somewhere down the line, often as early as the brief, there’s an almighty pressure to be dull. The corporate world we serve has a powerful muscle memory for low-risk dross. It’s our job to fight that and help brands tell beautiful, funny stories of purpose and wonder. Looking at this week’s snapshot, the job is harder than ever. So all credit, then, to the greatest mums and dads in the world who come home this week with T-shirts. 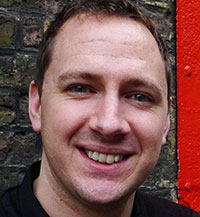 Two weeks ago, there was tear gas on the streets of Marseilles – again. Déjà rue?

Last week, there was a sense of inevitable, idiotic constitutional exit from the other Euros. Déjà coup?

And, today, there’s the feeling that I’ve seen the work in Private View somewhere before. Déjà view?

It all feels familiar. First up, again, is "the fashion and sport collaboration one". This time, it’s Nike (2) and Balmain’s Olivier Rousteing rather than Adidas and Stella McCartney. The gear looks nice enough. The footballers are cool enough. The promise of booking personal sessions in NikeLab showrooms is enticing enough. Is that enough?

Asda (5) comes inevitably as "the off-duty-celebrity-chef one". And it really is like the other one – full of light-hearted situations, recipes, shopping, democratic easy cooking and that, although James Martin actually feels like he has a bit more in his acting locker than Lord Oliver. This will get interesting if the fat-tongued one ever makes a triumphant return to Sainsbury’s.

Finally, Halifax (3) – "the fame fame fame one". It seems as though we’ve all buried the Müller Wünderful Stüff deep into our collective ad psyche, so we can pretend it never happened and retro-cartoon again. So Hanna-Barbera is back! For some reason! First, a homeless cat secured a mortgage and, now, the ever-hilarious Flintstones want to leave their Stone Age bank. Hopefully, soon we’ll see The Ant Hill Mob wrestling with the small print of a junior ISA or Touché Turtle protecting himself from credit-card fees abroad. The overarching feeling is that there’s something tonally off about the whole thing. I actually have a Halifax account and there is something mildly disturbing with my bank’s home page looking like a US breakfast cereal with Fred Yabba-Dabba-Dooing all over online-loan messaging.

Déjà or otherwise, it’s ultimately the way you tell them. Charm and craft can always breathe life into a classic story. Subway comes the closest here. But take a look at the Nike Ronaldo "Switch" film for how you really do it. It’s more than a loving homage to Freaky Friday/Big/all the other body-swap stories out there – it’s told so charmingly, you can’t help but love it. That I am properly jealous of. And don’t get me started on Iggy Pop reading Dylan Thomas. That’s the bar.

Heal's "A love that lasts" by The Assembly