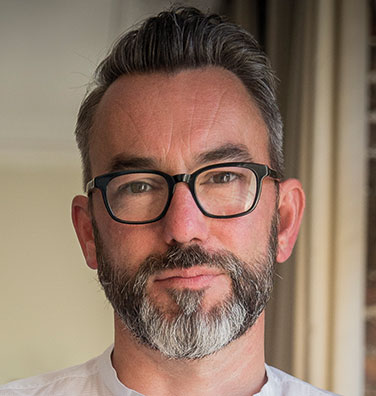 Growing up in the chav-ravaged wastelands of Portsmouth, I was eminently bully-able. I combined a home-permed quiff with a repellently soft, thinly-haired moustache in a pitifully misjudged attempt to look like Prince, while the continuous battle between my raging hormones and a base greed for pastry meant my weight oscillated wildly between sweatily chubby and hauntingly concave. Add into such basic teenage fuckuppery the fact that I was a total gobshite who wasn’t half as funny as he thought he was, and it is a miracle I wasn’t Atomic Wedgied every time a teacher turned their back.

I wouldn’t be so lucky today. The yelping packs of hyenas that currently roam the social media veldt would attack as soon as I ventured out into the long grass. In such a harsh landscape, the new anti-trolling campaign for The Cybersmile Foundation feels timely indeed. Featuring "social media influencer and body confidence activist Chessie King" (I’m sure she’s a wonderful person), it’s a strong piece of channel-appropriate work that vividly dramatises the vicious ridiculousness of the online trolls’ inane hating. It is a good ad, and as such I’m not sure it will make any difference to the behaviour of the fuckwits it is aimed at.

In a similar space, but with more potential to change the world view of said fuckwits than just point a finger at them, the Vice campaign is a brilliant idea where insight, imagination and algorithms happen to meet without getting on each other’s nerves. Impressive.

The Mariah Carey Hostelworld spot is peppered throughout with some good jokes and fine performances, but would perhaps benefit from a slightly earlier checkout; three minutes is a very long time to maintain a punter’s attention, especially if they’ve got a rucksack to pack and the napalm squits from sampling local curried fish balls from a street vendor they came across down a back alley in downtown Krakow. The lightly amusing Babbel film also suffers somewhat from this all too-familiar "online content" bloat, but I could happily watch the Ikea "Ghosts" ad on loop for the entire five minutes and 14 seconds running time of the extended version of K7’s Come Baby Come. Truly lovely work.

Do you still believe in the eye-stopping power of a beautifully simple printed poster? Then clap your hands, children, as hard as you can, for the new Magnum campaign.

The British Red Cross ad has nice people in it, and tries very hard to be nice about being nice. It is perhaps a little too nice for my tastes.

My wife is sharper, funnier, more talented, better looking and physically stronger than I am. If I played Top Trumps (husband and wife edition) with her, she’d spank me on every comparative. The one metric I’d thrash her on, however, is The Erroneous Belief That Modern Dance Is An Acceptable Art Form In Any Way. In the early days of our courtship, I would accompany her to Sadler’s Wells and pretend to have a whale of a time while skinny people in flesh-coloured tights hurled themselves awkwardly around the stage. She knew that such antics would elicit nothing more from me than a bubbling hysteria, but cruelly allowed me to maintain the pretence for far longer than was necessary. I tell you this simply because my gut reaction to the new Uniqlo film is in no way indicative of how bold and arresting I genuinely believe it to be.

Similarly, the idea for Sharp’s Brewery – featuring a wave-based pop song – is a fascinating one, let down only by the fact it is being reviewed by such a buffoon as myself. I’m ashamed to report I couldn’t help but get the giggles when listening to the track, which to my tone-deaf ears sounded like someone doing unspeakable things to a mournful Aled Jones being kept prisoner in an X Factor sex dungeon.

Thankfully I am not allowed to review the launch campaign for Pfizer’s Viagra Connect as – even though it’s my own agency’s work – I have no doubt I would have disappeared down a thesaurus-shaped rabbit hole in order to find various amusing synonyms for "tumescent". I really can be my own worst enemy, me. 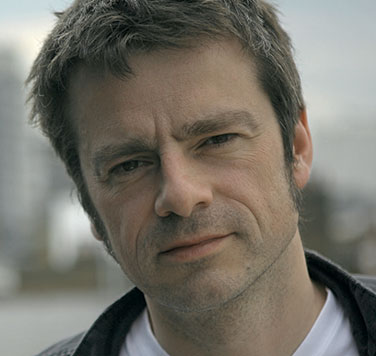 To mark my excitement surrounding the arrival of Prince Louis, I’ve given my Private View a regal theme. I’m assigning each piece of work a member of the Royal Family – with my favourites being assigned figures high up the royal pecking order, to acknowledge their likelihood at becoming crowned king or queen of adland.

First of all, the long shots – those I feel are least likely to sit in the big gold chair.

For no special reason I’ll start with Uniqlo, which has released a four-minute dance performance film that was apparently first shown at the Hammer Museum in Los Angeles. Although it’s ambitious, I struggled with this work a little, wondering how many of Uniqlo’s customers have a passion for artistic modern dance. To them I nominate Zara Tindall – a well-turned-out royal who puts on a fine display when mounted on a horse.

Babbel uses an extraterrestrial to bring alive the feeling of alienation brought about by being in a foreign country without speaking the language. It’s a clever idea but I found myself questioning if it could have been funnier in execution. To them I nominate Princess Anne, a sturdy mainstay with a fabulous hairdo.

Pfizer’s Viagra tells us that 4.3 million men suffer from erectile dysfunction, reassuring sufferers that they are not alone. It does the job, to a degree, as I am now informed. But I worry that I only took in this information as I was asked to read it. I give them Paul Burrell, Diana’s butler, who somebody has told me isn’t in line for the throne at all, but I don’t believe them.

The final long-shot entry is Magnum, which has created some beautiful, accomplished artworks, but I wonder if they’ll be appreciated as much as those who created them would wish for. I give them Princess Margaret, who I understand is not in line to the throne on account of being dead, but I felt deserved a comeback as she was one hell of a stylish lady.

Ok, now on to the middle rankers – good pieces of work that I feel are sadly still unlikely to be anointed with advertising’s holy oil.

Vice is asking people to "like what I hate" on their social media platforms. I’m a bit torn here. It’s a clever, ballsy idea, with good intentions. My issue is that I personally try to hate as little as possible and this seems to be encouraging me to actively find things I hate. It sits uncomfortably with me, but perhaps that’s the point. For me they’re Prince Edward, who also appears to sit a little uncomfortably.

Sharp’s Brewery, inspired by the sea that surrounds it, is introducing "the music industry’s latest signing, the Atlantic Ocean". It’s for Surfers Against Sewage, a noble cause. The idea is strong, but I wonder if enough people will care about the execution. I hope so. To them I give Prince Andrew, a fine-looking fellow, comfortable on a big boat.

The final entry in the middle rankers is the British Red Cross, which is showing us the power of kindness. A great looking film, beautifully shot, with a lovely message. I hope it works. To them I give Prince Harry as he’s so devilishly handsome.

And now we’re on to the big royal cheeses.

Hostelworld’s film stars Mariah Carey, to point out that it now has private suites fit for a diva. It’s a smart idea, one that communicates exactly what it wants to, very effectively. I’m sure it’ll get seen by a load of people. To doff my cap to this popularity, I select the newly arrived Prince Louis.

Finally, we’re left with the fabulous, ruddy-cheeked Prince Charles, who represents the work for The Cybersmile Foundation. This is a fantastic film for a fantastic cause. The end result is both sad and disturbing, but also completely compelling. I’m sure it will be watched many times by exactly the audience it’s intended for, making some people think twice about their hate-fuelled, hurtful behaviour. Great work.

Hostelworld "Even divas are believers" by Lucky Generals