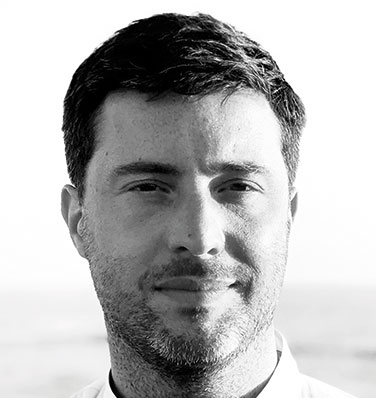 As an industry, just like our society, we produce and waste too much. We create these landfills for the mind – mindfills I call them, clumsily – where we, advertising and media professionals are the seagulls.

Beyond the fact that I go home not remembering much of the 5,000 ads I’m supposed to see every day (waste), I also don’t understand why I have to be subjected to the same ad three times in less than an hour. Looking at you All 4 and YouTube. The first time I watch it, I’m like: "Nice, I get it." The second time: "Alright, I get it." The third time: "You don’t get it." You clearly have amazing data people. Please invest in empathy experts too.

So, in the spirit of not wasting your time, nor polluting your mind – I’ll cut to the chase. Uber Eats, Coors Light, McDonald’s, British Gas, Guinness, Gillette, Green Party. Nice. Have a look and you’ll get why.

The salmon jump scene in "Keep it fresh" is funny, and hats off to the marketing team at McDonald’s for believing in the power of their brand. That leaves us with the three campaigns I personally like best from this month’s selection.

Ecover. I can’t work out whether I find the use of Professor Green delivering an eco-friendly message punny or funny, but I like the anarchic vibe of this film. Like most work coming out of Uncommon, it breathes this sort of militant quality that I gravitate towards. Roalfie [Mark Roalfe] lovingly calls people-on-a-mission "terrorists". We have a few in the office in Fitzrovia and, apparently, I’m one of them. I think of Nils Leonard and his team like that too.

Making strong bubbles in the collective warm bath. The only other agency that offers a frisson of anarchy, in a more offbeat way, is David Kolbusz’s Droga5.

PlayStation. I’m pumped to see PlayStation embracing its core DNA again. "Mental wealth", "Double life", "S.A.P.S." all thrived on the power of the console. The ads recently done by Adam & Eve/DDB favour imagery over dialogues but they’re just as gripping. To be honest, I love almost anything that fellow French-blooded Romain Gavras does – and Iconoclast is still one of the most exciting production companies on the market.

Xbox. If I were to pinpoint a kind of work I like best, this would be it. It’s sharp from the word go. You have a team of people (client, agency, media) that understands that there is a huge difference in effectiveness between advertising to the marketing audience rather than the business audience. They understand that talking to a tight (but devoted) group of people will make the messaging, creative and articulation more engaging, interesting and salient because it will feel tailor-made. That brand gets me.

"Survival billboard", "Changing the game", "Franchise model", "Football decoded" all shared that. Oozing greatness from intent to craft. If Jim [Nilsson] and Jacob [Bjordal] hadn’t gone down under already, I’d roll out two red carpets for them.

The audience-first approach is what VMLY&R believes in and became world-famous for, with Wendy’s in particular. And I resolutely subscribe to that. BX, CX, UX, WhateverX… Everything is experience. Therefore everything we do is for our clients’ clients: the people. And that’s very exhilarating, exciting and all other sorts of exponential and extraordinary Xs.

I haven’t used my 720-word count so feel free to use the rest of this page to scribble down your next amazing idea. I’d hate for it to go to waste. 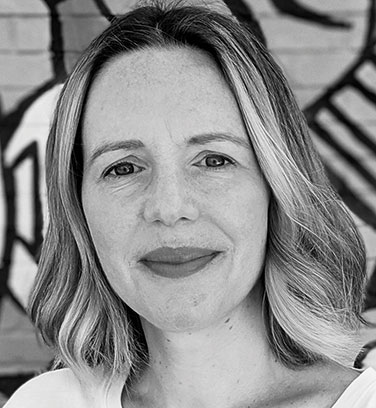 When I was a kid my Mum always said if you haven’t got anything nice to say, then don’t say anything at all. Wise words indeed from Mary B and ones I will try to keep in mind while writing this review. However, she also told me that every time I didn’t eat my vegetables a kitten would die, so I think it’s fair to say I can take her advice with a pinch of salt.

First up, Uber Eats – and Guz Khan is bringing it, whatever "it" is. The noise? The pain? The lukewarm meatball marinara? I’d be suspicious if my food delivery guy was this over-familiar in real life but you can’t help but enjoy his chipper attitude on screen.

McDonald’s "Iconic stacks" outdoor ads are so beautifully bold and simple, you know exactly who it’s from without a logo in sight. It’s just a shame that Marks & Spencer did a very similar campaign for its sandwich range way back in 2013. Gaaah, advertising! It’s so hard to do anything unique these days. That’s why I make sure all my outdoor ads are crafted, or should I say grafted, from my own skin. It’s excruciatingly painful but 100% worth it.

Hey bro, do you game? No, I don’t, but I very much like this travel guide for virtual travellers by Xbox, and I would buy it. Such a cool idea and for a good cause too.

"Whatever you do, keep it fresh," say florists, embalmers and now drinkers of Coors Light. To illustrate this, they’re showing a bloke swimming up the side of a mountain in his Speedos. I just wish they’d plumped for a balding, beerbellied bloke who would have had to stop halfway up for a packet of Mr Porky’s (other pork scratchings are available), but then I have weird taste in men.

The Prodigy used the first person perspective technique to powerful effect in their Smack My *derogatory term for a lady* Up music video in 1997. Sadly, this British Gas campaign has less drinking, snorting, vandalising, sexing, but I do like its realness and there are some nice observations and snapshots of family life.

Up until fairly recently, Gillette ads have consisted of paying shitloads of money to famous athletes just to have them stand around in a towel, shaving their hairless faces, so allowing them to be fully clothed and say something meaningful can only be a good thing. I just hope Gillette is doing more to back this message up as I do struggle with the connection between a complex issue such as race and face razors.

Guinness and rugby: two things that work in perfect symbiosis like tacos and Tuesdays, Billie Eilish and hair dye, anaphylactic shock and an EpiPen. You get the idea. And while on the scale of amazing ads that Guinness has produced, this is fairly far down the list, I’m sure rugby fans will love it.

PlayStation "Heart" is an epic, beautifully shot ad. I was on the edge of my seat when the crack team of commandos abseiled into the tunnel, sweat dripping from every facial pore. However, I found the climax of thousands of beating hearts plugged into PlayStations while visually arresting, lacked substance. To paraphrase David Brent, "I am not advocating the use of drugs" but there are cheaper ways to get your heart going like the clappers than a £250 console.

The Green Party has done a shopping channel spoof. It’s a well-trodden advertising trope but the two hosts are well cast and it gets its message across in an amusing way. Unfortunately it won’t make a blind bit of difference because… *phone rings*, hang on, apologies to pause Private View but I should get this. "Hello. Who’s that? Oh, you’re the future. Yep, hmm, I see. We’re what? Fucked. Right. Yeah, thought so. OK, byeeee."

Speaking of the future and its somewhat bleak outlook, here’s Ecover and Professor Green to save us all, one laundry load at a time. His distinctive voice is up an octave or two due to the vibrating washing machine he’s perched upon, and he delivers a simple monologue to camera while clothes fall from the sky and a synth solo kicks in. It’s pretty much the brief read out loud but feels different and engaging. I just wish I hadn’t searched for it on the office wi-fi by typing "vibrating Professor" as now I’m on some sort of BBC register. Sorry, Mum.

Uber Eats "Bring it" by Mother

Guinness "Six Nations: a love letter" by We Are Social