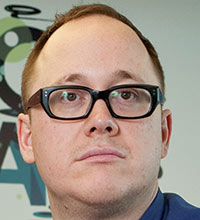 Familiarity and surprise go hand in hand in great advertising and this has got a little of both. Nostalgia FTW. Hope this runs 4 years with "Sorry, I’ve got my hands full". Cud b iconic and get better with every execution. I’d like 2 write on it.
billyfaithfull

Vodafone pulled up somewhere between classic McDonald’s and John Lewis. Nice enough, a little wallpaper-ish. Is call-dropping a bit of an odd thing to advertise? Probably my liberal-elitist naïve view of mobile network reliability outside London.
billyfaithfull

Ur EVERYTHING that’s gone wrong with this country. #takeourcountryback
UgottabeKippingMe

10 mins of 360 VR of London during the smog of 1952. Dumb. Brilliantly dumb. Another feather in the cap of a brilliant campaign. IMHO. Probably one of those ideas I love that people silently judge me for.
billyfaithfull

Before 2011, you weren’t allowed in a creative department if you didn’t like football, but now we’re a lot more accepting of people like me. Despite a clever social mechanic, Jose ain’t so special in the funny dept. Thx 4 reading, b sure 2 like, share, subscribe, retweet, yammer, snap…
billyfaithfull 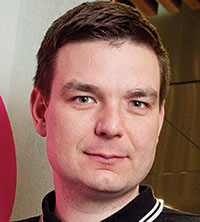 I fucking hate my dishwasher. Bastard. It sits there, all smug on the kitchen floor, shielded by the immoveable force field of a laminated melamine pelmet (gloss white, if you’re asking) doing whatever it buggering well wants. Tuesday evening: everything comes out gleaming. Clean as a whistle. Those plates? You could eat your bloody dinner off ’em. Then, come Sunday afternoon, it’s downed tools. Like it’s mentally and physically checked out. Gone on strike. Headed to London for the weekend on the white-goods equivalent of a Trumpian protest rally. My plates? Congealed egg yolk and red sauce everywhere. Bloodbath. I’m sure it’s gonna cost us our marriage. Imagine the scene…

A debonair ad exec returns home after a day building brands. Not as thin as he was, but he’s still got it. His pretty wife stands forlornly, holding a spatula. Her face suggests an air of finality. Misanthropy. Does news of death await?

Matt: (trying to avoid spending money with every fibre of his being) Nah, it’s fine.

Natalie: Oh, for God’s sake, it’s been knackered for months. Something needs to be done.

Silence. Awkwardness. Was her previous line a comment on the dishwasher… or their lives?

OK. Back in the room. I know what you’re thinking: "Matt, chillax babes, buy a new dishwasher. Get the old one serviced. Or, better still, start off with a go on some of that FINISH dishwasher cleaner stuff." Well, maybe I will, having seen this TV ad that tells me that such a product exists. It does a fab job of disguising the fact that there’s not a lot of idea going on. The execution is lovely, though. I particularly like the gutturally grotesque sound design. My one niggle is that it reminds me of the agency’s other work. It feels like they took a rail of TK Maxx, a knob of Lurpak and a swig of Chambord and splashed the results on some slightly derivative crockery. Still good, though.

Next out of the internet jiffy bag is a virtual-reality piece from RUSTLERS that lets the viewer experience London in 1952. Except The Great Smog is obscuring everything, therefore reminding today’s millennial wastrels that there’s never been a better time to be alive than 2017, what with our clear visibility and our microwaveable burgers. It’s a well-written, ridiculous waste of ten minutes. And that’s what makes it fun.

HULA HOOPS are enjoyable. And so is this ad. It’s sweet and silly and nicely shot. Someone’s made the director put a pack shot in before he’s sold the gag, though, and it compromises it. They should recut it and rerun it and it would be 74% better.

HEINEKEN is using José Mourinho as a pitchman to talk ladz into grassing up mates for making excuses
to not watch "the game". He’s got a little dog who, with training and the odd Bonio, would probably be
a more convincing performer than the man himself.

Right, I’m off to reclean the plates in my dishwasher. Smashing.

Hula Hoops "Sorry! I've got my hands full" by BMB

Heineken "No more excuses" by Publicis WW and Poke