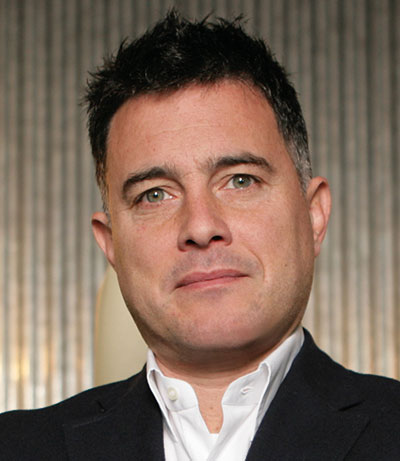 There’s one principle that, since starting Joint, we’ve found to be unassailably true: it’s all about people.

Whether you succeed or fail is down to the people you surround yourself with. Both inside and outside the business. And the people who pay us to solve their business problems are the ones who, in the end, dictate how good the product will be. A bad client will make even the best agency struggle. A great client will make any agency shine. And the best thing about running one’s own company, the thing that makes independence so valuable and selling out so unattractive, is having the freedom to work with only the good ones. Those who understand the value of creativity and its power to solve their problems.

And while we choose not to work with muppets, the latest Warburtons (1) Giant Crumpets commercial proves that it can be done, with great success. Not only are the clients responsible for birthing this populist, long-form extravaganza top-class marketers, one of them isn’t half-bad at acting either. Jonathan Warburton appears alongside the fluffy ensemble and manages to successfully keep his dignity.

Some may argue running an ad like this takes courage. But, actually, it takes skill. Clients who know that when you make something your audience will love, they’ll reward you with sales.

The people at Tate Britain (4) have, over the years, proven themselves to be experts in the art of advertising. However, it looks like they might have been on holiday when their latest promotional campaign was done. As with art, advertising is subjective – and, I’m afraid, subjectively I find these apparent printouts from a broken photocopier as inspiring as a stack of bricks.

Cadbury appears to be on the verge of reviving its classic 70s Milk Tray (5) Man campaign. The client has stumped up a bucket-and-a-half full of cash to pay a bevy of celebrities to kick off the search for the next star. As a piece of film, it’s effortless and makes you look forward to what might come next.

Microsoft’s business problem was a biggie. Launch the latest Tomb Raider game, available only on Xbox (2), on precisely the same day Fallout 4 was launching on both Xbox and PlayStation 4. It pinned its hopes on pinning eight people to a poster and live-streaming their attempts to stay there for 24 hours, while the audience was able to dictate the weather conditions (a kind of I’m A Game Nerd… Get Me Out Of Here!). The winner was to be treated to a "Tomb Raider-inspired holiday". Poor sod.

Full marks to the client for partnering their agencies with this neatly thought-out and executed PR campaign. If they’d only been able to move their launch date by a day or two, they might have garnered as high levels of sales as they did column inches.

The ad for Canal+ (3) is the story of a couple who are, for some reason, delighted to have been given a warthog for Christmas, only to realise over time that it was the shittest present their so-called friends could ever have given them.

While I must say the idea of an unusual animal as a pet is pure genius (a tiny horse, for example, could work brilliantly!), it takes a certain kind of client to buy an ad that’s based so loosely on any product truth, category truth or brand truth, and so generic that it could be used for anything given as a gift at Christmas time.

Oh, and the couple in the film could have made their lives so much easier if they’d bought an extra large dog-flap for their warthog. (They’re available on Amazon Prime, I believe.) 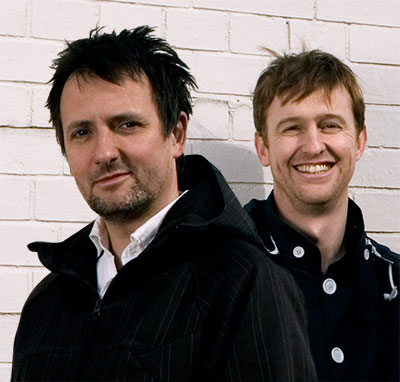 A: Well, usually I give you a well-researched, considered opinion and you completely disagree with me.

A: Hey, it’s (advertising) Christmas, can’t we just get along?

A: An enjoyable romp featuring a cheeky animated animal and offbeat continental casting.

A: Surely that must be the new Canal+ (3) commercial?

A: It is! Following on from the previous efforts that focused on storytelling and film-making, this one tells the story of a troublesome unwanted gift. A warthog is not just for Christmas…

A: That is a nicely crafted film. But who gives their loved one a cable subscription for Christmas? You think this was a discarded script for a department store with a refashioned ending?

A: Don’t be so cynical. Next up, an ad featuring The Muppets.

A: No, really! You know how these Warburtons (1) ads have taken that Orange celebrity film pitch idea and cleverly run, jumped and bolted through fire with it? So we had the enjoyably daft sight of Stallone in an action-packed bread-delivery caper. Well, here we have the rather tenuous link that the word "crumpet" almost but not quite rhymes with, er, "Muppet". You have to admit it’s all done with some chutzpah and anyone who loves The Muppets and crumpets will be dancing in the aisles.

A: Ol’ Kermit must have been in quite a few of those pitch meetings over the years. Those Muppets will do anything.

A: They’re not real, you know.

A: They’re as real as Stallone.

A: Fair point. I’m liking these posters for Tate Britain (4). It’s a tough brief and they manage to be brave and informative, celebrating each work’s historical context. A nice answer to the conundrum of how to show these famous images without actually revealing them.

A: I wouldn’t call them attention-grabbers, but they certainly reward you for bothering to read them.

A: What’s the most vital life skill for an Xbox (2) Tomb Raider fan?

A: Is it the ability to gracefully vault through the jungle, defying gravity while single-handedly violently dispatching all manner of beastly evil doers and ne’er-do-wells?

A: No. It’s the ability to stay very, very still for a very, very long time. I think it’s what’s known as an "event", though I’m not sure anything actually happened. Might have been live on Channel 5.

A: So they stand there for 20 hours. How do you think they…

A: Moving swiftly along. What happens in the festive season featuring hammy acting and a faint nostalgic whiff of the 70s?

A: Well, I was thinking of the Cadbury Milk Tray (5) ads, but now you mention it… several ex-sportspeople, two ex-Joey Essexes, an ex-Barry from EastEnders… the cream of British celebrity talent delivering cheesily awful lines. This is panto gold!

A: I’d take my kids to see Mr Bean The Panto.

A: There’s no Mr Bean. Not even any magic beans.

A: You think they’ll make Blue Stratos The Musical?

A: Look, there’s no point critiquing a panto. They are untouchable. Let’s just take it in the spirit with which it was intended and get into the festive spirit.

A & A: Happy (advertising) Christmas to one and all!