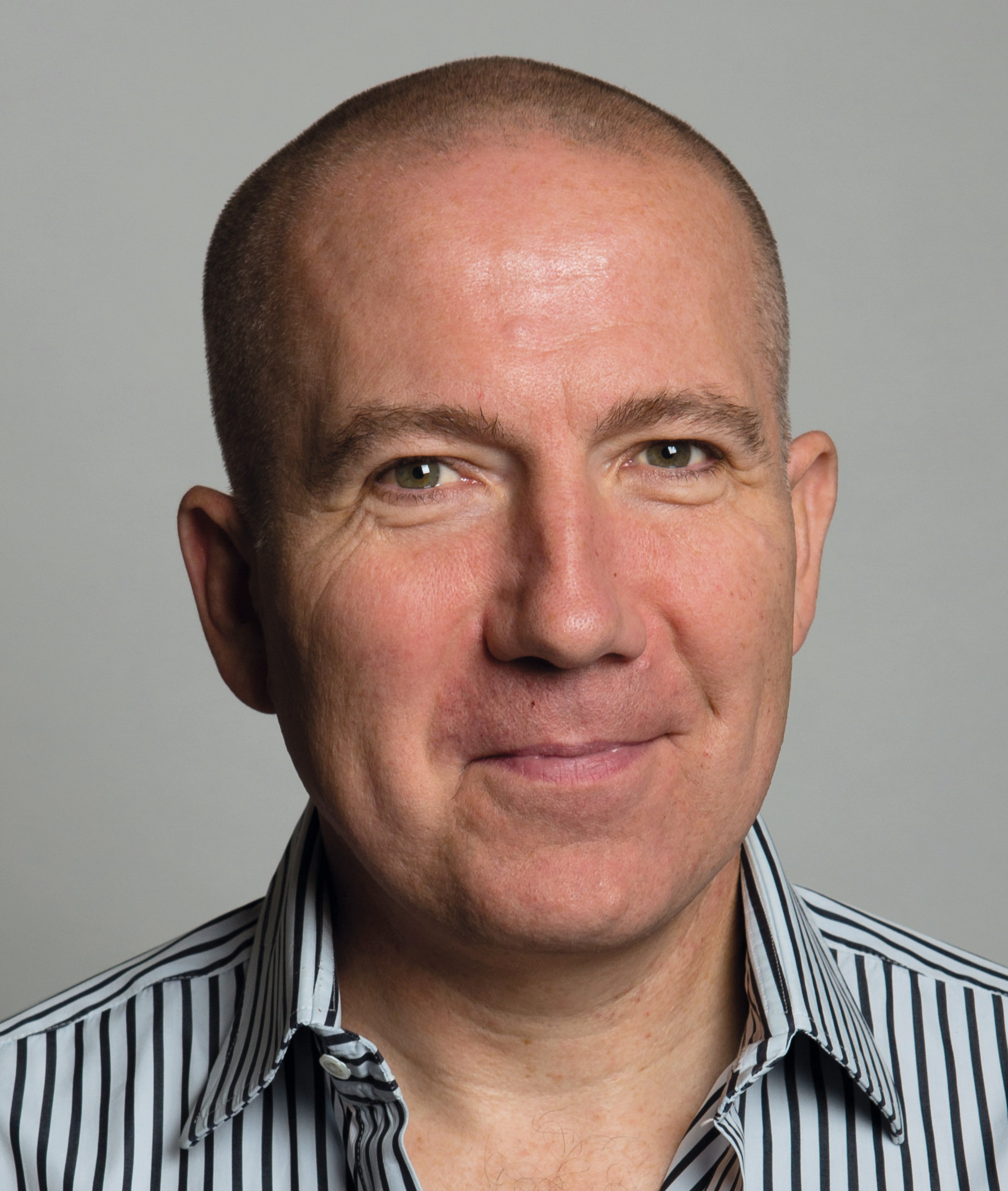 Ideas would live or die depending on the answer to that question. If people in your office don’t get it, there’s a good chance people outside your office won’t either. But that question is becoming redundant. The "entry film" allows you to explain your idea and, as a bonus, tell people how awesome it is.

But here’s my worry: we get used to summing up our ideas in minutes rather than seconds. We become a bit less rigorous when distilling a thought, a little less judicious when searching for the right word and a smidgeon less determined when trying to simplify a visual. After all, it’ll all make sense in the entry film.

So let’s see whether I get this week’s ideas.

The Royal British Legion (5) people want to let everyone know they aren’t just for old duffers. The ads feature two old-fashioned pictures – one shows an actual old duffer, the other a young duffer. They’re nicely done, but I can’t help thinking that if they want to change their olde worlde perception, they’d be better off not showing olde worlde imagery. (The submission says that the photos used a 1914 technique and will be exhibited at an art gallery, so the entry film will be pretty cool.)

Financial scandals, corporate bullying and never-ending price wars. Getting the public to think Tesco (1) is lovely is a big ask. Three people are taking up the challenge: the woman from Gavin & Stacey, the bloke from Armstrong & Miller and some computer nerd. Only one film is attached – a shame, because these vehicles are difficult to judge in the establishing ads. However, I can be picky on the claim: "We’ll do our best to open up another aisle." There’s an awful lot of wriggle room there… by the way, this coming year, I’m going to do my best to look like George Clooney and play football like Thierry Henry.

In the next film, a trendy-looking chap manages to act pretentious, vacuous and arrogant at the same time. Basically, he’s a git. Title: "There’s an easier way to get style. Bicester Village (3)." It then lists the git’s clothing and stores he got it from at Bicester Village. Not sure I get it. First, BV, as the cool kids are calling it, exists because it’s cheaper, not easier. Second, does anyone want to know where to buy the wardrobe of a git?

(Look out for the entry film, though – it shows how they held a Twitter-based auction of all the git’s household objects while turning his wardrobe into a travelling museum. It generated a 37 per cent uplift in Facebook "likes" over a four-hour period!)

The only category I haven’t seen an entry film for, yet, is radio. It’s the perfect medium for Heinz (2) tomato soup. Warm, personal and might even stimulate a few impulse purchases. In the ads, actually, now I come to think of it, I can’t remember a word they said – all I can remember is they were warm and friendly.

The Department for Transport (4) thing looks like an entry film but is described as "a stunt packaged into an online film". The stunt is to spray warning messages aimed at drivers on to sheep, cattle and farm equipment. I don’t get it. Those things wander – you would have to nail their little hooves to the road at black spots for it to be truly effective. Also, if it was effective, how will they roll this out in areas less densely populated by sheep?

I feel like I’m taking it too seriously, but it starts with the title: "On average 3 people die every day on country roads."

Is this really a solution or just a fun online film? I don’t get it. 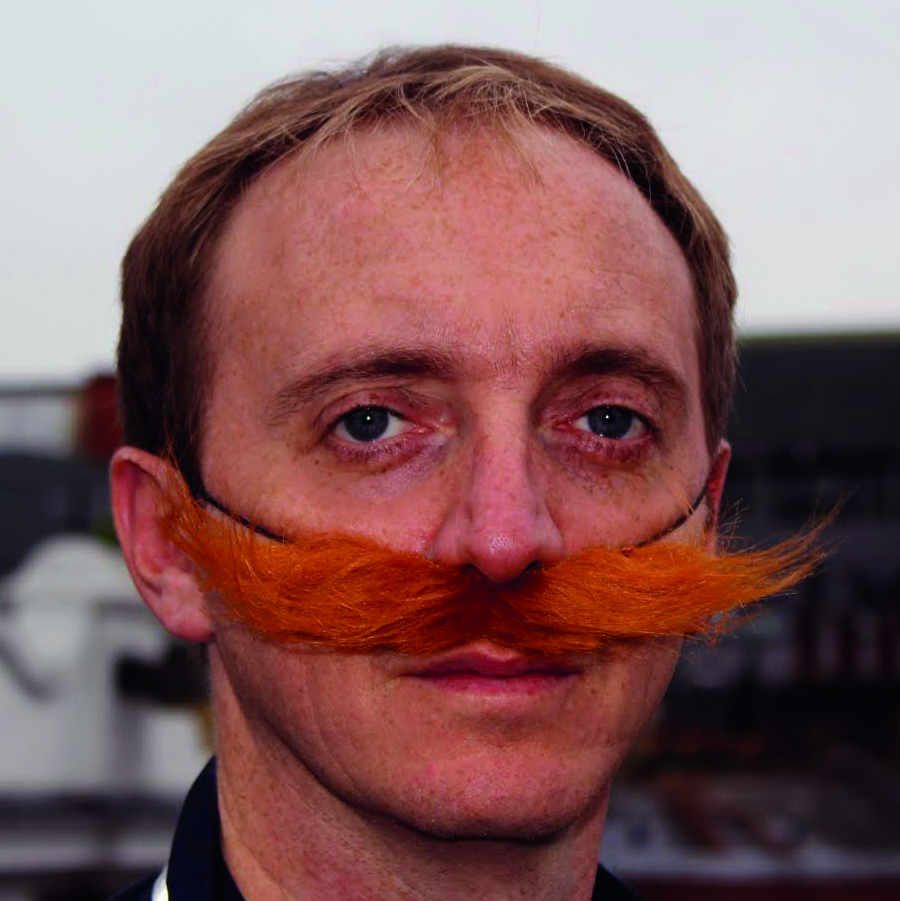 November, formerly known as Movember. But in our sophisticatedly hirsute industry, Movember seems to have become a non-starter. It’s like trying to get Mo Farah excited about running a sponsored 5K. I have not the follicle capabilities to take part so I’ve pimped my headshot. If you think I look like a twat, please give generously to prostate cancer (cue montage of money rolling in).

Now, let’s take a gander at this week’s pre-festive crop. First out of the can is Heinz (2) tomato soup. This work is as reassuring, consistent and confidently predictable as a bowl of the orangey-red stuff. Escape the travails of modern life. Eat soup. Then watch reruns of Bake Off. Probably. Perhaps something so iconic should be more conversation-starting? "Like" and share this photo of soup if you’re feeling maudlin, moribund, beset by ennui or wracked with chronophobia. Maybe not.

Talking of time, last year’s Royal British Legion (5) campaign bridged the generation(s) gap with a sleight of hand that was effortless. This year, it has apparently chosen to go "morelow-key" with a poignant photographic conceit. It meets the challenge of making the Poppy Appeal feel a vital, contemporary cause head-on. With the abundance of archive material, it’s all too easy for Remembrance Day to be contemplated at a purely historical level, so applying historical techniques to contemporary servicemen plays nicely with our preconceptions. Some images really hit the mark – Lance Corporal Corie Mapp has a haunting gaze that’s timeless. Might there be more visceral ways of bringing this to life digitally? Maybe, but the idea is definitely aiming at the right place.

And so on to Tesco (1), leading exponent of the new nostalgia. Those who cannot learn from history are doomed to repeat it, a bloke once said. Tesco would like nothing more than for history to repeat itself right now, so say hello to Britain’s new every(wo)man. They cut a curiously conventional family trio, which feels like a lost opportunity. All I do know is that Ruth Jones just looks excited to not be down at Lidl again. Which is spot-on. But gaze deep into Ben Miller’s eyes and you can see he’s pining for the Waitrose deli counter. He’s definitely a secret Heston’s pink lemonade drinker. And the son? Ah, the Generation Renter. Really, he needs to grow a pair and move out. Doing the weekly shop with your parents at that age is a self-esteem killer and can lead to deeply antisocial behaviour. I’m looking forward to the episode where Christmas dinner is ruined when police arrive at the family home and seize his hard drive.

As the nights draw in, traffic accidents shoot up. So the Department for Transport (4) has enlisted our ovine (I looked that up on Wikipedia) friends to keep us on the straight and narrow in rural areas. Seems I’m the only one in our office who thinks spraying sheep with typographic alerts (I trust they used LifePaint?) and dumping them roadside would actually cause more crashes. Lots of fun, though.

Finally, that feeling when you see a piece of work so perfectly executed, you fall to the floor and chew on the designer rug in a rage envy. I didn’t get that feeling when I saw the new work from Bicester Village (3). And because I sit next to Mark Boyd – the ad industry’s top fashionista, as determined by this very publication – the film’s attempts at parody were, sadly, lost on me.

Stay hairy out there.

Bicester Village "style without the effort" by Just So