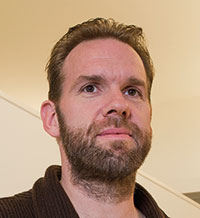 I think this is my first Private View. Bartle Bogle Hegarty, the last UK agency I worked at, had a "no shit-talking other people’s work" policy that – while both sage and commendable – made for some terrible reading. It’s why they never partook. Now, freed from the shackles of involuntary kindness, I actually found myself dreading this exercise a little because I take no pleasure in making people feel bad. How fortuitous, then, that there wasn’t a turd in this week’s round-up.

In a bit of choreography pitting present-day Alessandra Ferri against her 19-year-old self, Boots (2) demonstrates that you don’t have to be young to be vital. Bottom line: you’re already winning if you’ve got Ferri dancing in your ad. She’s one of the greats and her spellbinding moves are still a wonder to behold. She’ll be appearing in Woolf Works at the Royal Opera House next January. You’d be a fool to miss it.

Knorr (1). Historically, it’s been hard to get good work out of this category. Which is why anything that gets you thinking about food rather than just wanging on about bouillon cubes is a welcome addition to the advertising landscape.

Amnesty International (4). Such a smart idea. Exposing Turkey’s societal anti-gay bias by videoing people in a pet store refusing to buy a turtle based on its sexuality. The only problem I have with this piece is the "All those appearing in this video were actors voicing homophobic opinions and views that are commonly heard in Turkey" title that comes up at the end of the video. Why wouldn’t you do this for real?

Temptations (5). This is a lovely idea that has yet to be "officially" implemented, but the fact that the folks at Mars are willing to put out this video as a statement of intent should have a halo effect on the brand. The only thing I don’t buy is that any English-translated message coming from a cat wouldn’t be evil in nature. We all know cats have hearts as black as coal and are only capable of hate.

Swedish Tourist Association (3). This is hands-down my favourite thing here this week. Dead simple and completely bonkers, it’s a phone number you can dial that randomly spits you into the home of a random Swede. At which point, you can ostensibly have a conversation with them about the merits of Sweden. A lovely bit of lateral thinking. I didn’t try the number but instead conducted my own experiment to see how complicit in this enterprise the people of this Nordic country actually were. I called a random sequence of numbers beginning with the +46 area code and tried to engage the Scandinavian on the other end in a conversation. I was hung up on pretty quickly.

So there you have it. I’ve eschewed darkness and let light in. I’ve completed a Private View without ripping someone a new arsehole. I hope this hasn’t bored you to tears in the process. The only sad thing about it all is that I’m praying that the other industry pundit they’ve chosen to review the work has savaged everything so that I’ve got something fun to read.

Just look at me. I am almost as evil as cats. 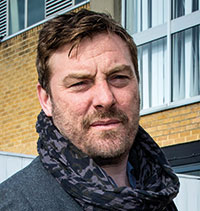 First up is a sweet idea for Knorr (1). The only trouble is: I got bored after 30 seconds. I’m a bit over experiments masquerading as persuasive communications and, if the music isn’t enough to put you off your supper, the idea of these smug hipsters coupling certainly will.

So it came as a relief to see Mother’s film for Boots (2). The products are reputed to beat expensive rivals and it seems they’ve got the advertising they deserve here. A clever use of technology to highlight a product benefit with the emotional sucker punch of watching a woman dance with her younger self.
A beauty product about more than beauty, it shows someone dancing through the ages with power and grace. This is a message of real integrity, which is just lovely to watch, and the music by Kaleo is inspired.

Swedish Tourist Association (3). I’m half-Swedish and I’ve always loved the country’s Twitter account, which passes from Swede to Swede each week. Innovative Sweden takes it a step further here, celebrating the 250th anniversary of becoming the first country to abolish censorship by offering the world uncensored access to Swedes. You call the number and get to ask a random Swede anything you like. This perfectly brings to life the sense of humour and spirit of openness in my motherland and exposes the self-censorship of rival tourist boards.

Temptations (5). If cats really could talk, I doubt they’d be polite about this next idea. Our tendency to anthropomorphise our pets is irritating enough, but add technology, "maker culture" and 3D printing and you get something so wildly irrelevant and daft that you want to throw your laptop out of the window. Technology can do amazing things but, just because you can, doesn’t mean you should; and, to me, giving cats human voices seems bizarre and cruel. Nevertheless, social media – with its tendency to bypass our more critical faculties – smiles on ideas that appeal to our inner idiot, so I can see this well-made film of the idea spreading, and maybe that’s the point.

And, finally, Amnesty International (4) highlighting homophobia in Turkey through the means of turtles. So far so good. The film tells us what we are seeing is hidden-camera footage from a real pet shop, where predictably homophobic responses are given to the revelation that the turtles for sale are gay. The fact that there are homophobes in Turkey sadly needn’t surprise us any more than it would if we were filming in Mississippi. Where there is strong religion, there is all too often weak tolerance. What I found odd was that the film was actually made using actors. So the audience is tricked and the power, for me at least, was lost. I doubt it has changed anyone’s mind. This is a punch I would love to have seen hit its target a lot harder and I doubt it has changed anyone’s mind. Istanbul is a creative and diverse place where tolerant modern views rub shoulders painfully at times with hardline religious idiocy. Surely there’s a stronger idea out there that makes better use of the enlightened people that live in that beautiful and currently threatened city?

This week’s selection displays many of the vices of modern advertising: silly experiments, fake stunts, pointless product design and shallow technology plays appealing to jaded social media palates. But with Sweden and Boots, it’s the virtues that shine out, bringing a great country to life with a powerfully novel use of old tech and a product to its audience with entertaining and purposeful film-making.

World's talking about: The Swedish Number

Boots No7 "ready for more" by Mother