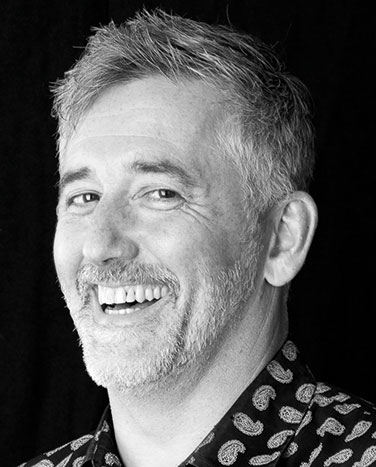 It's been a while since I last did this. And yet the way I still like to judge work, regardless of where it appears, is how did it make me "feel"? Did it stand out? Does it feel right and ownable for its brand?

Starting with Toyota’s spot – I applaud that it isn’t just a generic vehicle driving round generic landscapes, even if the "Move ahead" endline is totally generic. It does the job of telling me the advantages of a hybrid (even though it made me want the classic cars more). I’m just not sure how many people would recall that it was a Toyota ad.

Coca-Cola. A classic brand with a good track record in this space – remember "Eat football, sleep football, drink Coca-Cola". It’s not easy to stand out as the category is overcrowded and montages can easily slip into becoming nothing more than slick mood films. This spot treads a fine line, but manages to avoid the trap thanks to some surreal touches and humour. Personally, I like the pool-playing West Ham fan who refuses to sing, more than the talking fish, because it feels more true to the fans. Relying on a song as the film narrative can work, but there’s still something not lifting this piece out far enough of the mire of Premier League-sponsored work.

Next up, the pet-food category. Having two cats myself, I appreciate the product truth of rattling dry cat food to attract their attention. Also the strategic twist of featuring people who don’t own cats feels different. So why aren’t I telling all my friends about this work for Dreamies? One reason could be the execution. While stylised, it feels a little familiar and from adland. But I do remember the name of the product, so not a bad effort.

McDonald’s trying to break with the traditional mouth-watering product shot makes a welcome change and "Rain" is a nice set of images. I’m just not sure the real consumer will bite on these like a lazy awards jury might.

Diesel is a brand with a strong advertising heritage. Its "For successful living" tagline was fresh when it was first introduced and has lasted the test of time. The strategy with this new work is clear as day, but perhaps so blatant that there’s not much room for subtlety, which diminishes the cool factor and makes it feel a little try-hard. Years ago I remember sticking David LaChapelle’s wonderful Diesel images in my scrapbook and sharing with others. I can’t say I’ll be sharing this.

Carling’s spot feels like it’s trying to do a few things: lean into the craft beer category, sell to an older demographic and celebrate its Britishness – timely for a soon-to-be post-Brexit Britain. It may have answered the brief but it’s unmemorable.

Guinness is a brand that has consistently understood the power of great advertising. This brief ticks corporate social responsibility boxes around alcohol consumption, which is often done in a serious way. So full marks for the tongue-in-cheek concept of introducing new product "Guinness Clear", only to reveal that it is in fact encouraging me to drink water instead of too much of the black stuff. But good things come to those who wait? Not quite.

British Airways is celebrating its centenary with a bunch of celebrities reading out a manifesto in an attempt to make me feel nostalgic. It gets off the ground but doesn’t truly soar. It can’t be the cast – I bloody love Olivia Colman, not to mention Grayson Perry and Anthony Joshua. I guess it’s just not as uplifting as it could be.

And, finally, Hennessy (Deliveroo is one of ours, so I’ll leave the review to my counterpart). A massively high-end execution from the one and only Sir Ridley Scott. The film oozes luxury with some gorgeously realised and arresting visuals. But I can’t help wishing the narrative was as strong as the visual landscape and, at four minutes, it does feel like a long watch. Probably best enjoyed in an Upper Class seat on an Emirates flight, rather than in a busy office at 5pm on a Thursday afternoon.

So much of what makes great work is not just what it says, but how it makes you "feel". Great brands capture a spirit and tone that is true to their core, but without feeling like they are ramming a strategy down your throat. When they find that unique, truly ownable voice is when this industry works best. 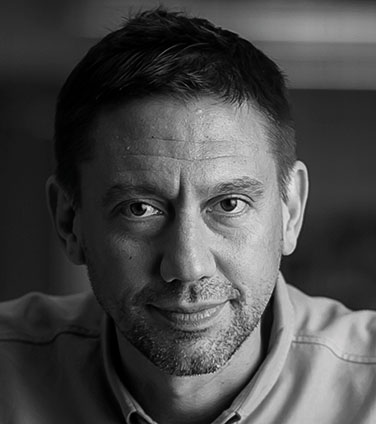 Hey, I’m new to the UK and now I have to write about a bunch of your ads. Wish me luck.

I’d like to start by saying that I believe it’s extremely tough to do something truly great. A confession: I’m always supercritical about my own work. So… this is going to be fun.

Let’s get into it and talk about Toyota. Travelling in time as we see cars moving in deserted landscapes is a subgenre of car advertising in itself. This film is well produced and directed but, what, we’re supposed to believe that this is the best car that ever existed? What about the Jaguar C-Type? What about Steve McQueen and his Ford Mustang 390 GT? Nope, the best car is the Toyota Corolla Hybrid 2019. But I suppose it gets the message across and after the diesel scandal and Tesla’s problems, I’m sure Toyota is going to sell a good amount of cars.

Coca-Cola and football is a classic combo. This is definitely a normal idea made weird. For the first few seconds, I thought I was going to see an insightful ad full of emotion and then all of a sudden it switches to some alternative reality where things animate magically and the fishes of "fish and chips" have human faces. I think I need to live here a couple more years to get all the British in-jokes. And I have to say that the Matrix-style flip midway through the spot surprised me, but some of the docu-style scenes were good and some of the people seem genuinely happy. It is Coca-Cola, after all.

I’m not a big fan of cats, sorry. Maybe that’s why I don’t quite get Dreamies. It tried to do something different but, the problem is, I’m not sure what. What I know is that it could’ve made a campaign about nutrition but the team took a more lateral way of saying that our feline companions will love Dreamies. It’s confusing, and the Latino stereotype on one of the executions is not good.

McDonald’s McDelivery’s print campaign is simple and clear. Sadly, almost everything has been photographed by now so it’s tough to find yourself surprised by images any more.

Diesel is a reasonably good take on influencer culture. I enjoyed the shorter-format films where they mocked famous influencers. It’s nicely shot and the soundtrack makes you feel nostalgic about simpler times. Diesel has produced some amazing campaigns over the years and has to compete with itself, so there’s that too. Respect to the brand and the team that keeps trying different things.

I kind of liked the strategy of Carling. I get what it is trying to achieve. Unfortunately, the executions felt cold and too straightforward for me. The stories could’ve been more emotional but they are overtly explained.

Hennessy is an epic short film. Beautifully directed, designed and produced. Liked the craziness of it all and the visual metaphors. The whole construct is pure product description and as much as one of the best directors in the world pushed it in different directions, there’s only so much he could get out of this idea. The line at the end reminds me of perfume fragrances. Maybe that was intentional.

I’m into Guinness "Clear". It works for me. Well directed and interesting. Just telling consumers what to do in a smart way. This is one of the best executions of this type of brief that I’ve seen in a while.

It’s a good moment to put British Airways "Made by Britain" out there. Brexit is naturally divisive and a proudly British 90-second ode might have hit emotional chords. But this ad reminds me of other ads where people write letters to brands. Of course it’s better, and more effective, if you have real letters to back your ad – but never mind, the team went for it and wrote a fake letter instead. It feels a bit like trying too hard. This doesn’t get me emotional about my new country, at all.

Finally, let’s talk about the modern manifesto, Deliveroo "Food freedom". To be honest, I’m not sure if you need to explain what a food internet delivery service is for and what you can do with it. But the film is visually fun and got me smiling a couple of times. That’s a good thing.

I’m new to London. I’m learning a lot about this culture of yours and I’ve been told that I have to say "sorry" if someone gets offended by my comments, even if I don’t mean it.

So here you go: sorry.

Toyota "Move ahead" by The & Partnership London

Coca-Cola "Where everyone plays" by M&C Saatchi London