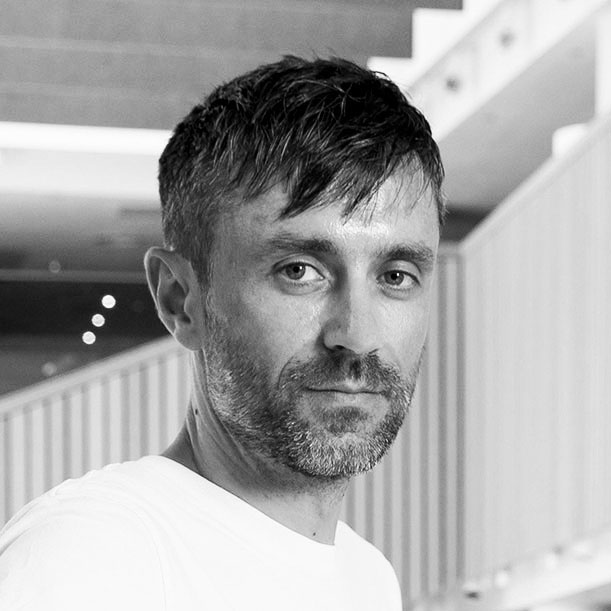 It was Mark Twain who said there’s no such thing as a new idea. And if you work in advertising, you have to make peace with that truth sooner or later. But there is a scale. At the acceptable end of that scale is your subconscious plundering of past influences in your present-day thinking. In the middle is the, "Yeah, I kind of remember something like it, but it was a long time ago, and no one will know or care." And, at the far end, is plagiarism. You can decide where this lot sit on the Twain scale yourself. 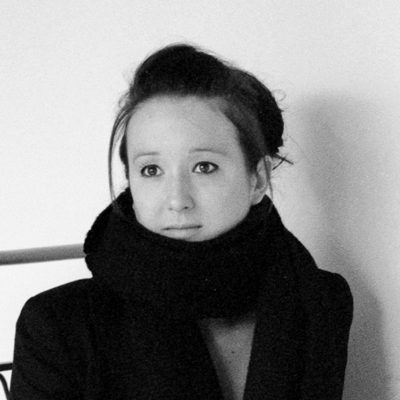 Reviewing ads is such a funny concept. I make feature films and reviews literally make or break a film. Three years of hard work completely trashed in 500 pissy words and three stars in The Guardian. It’s a big responsibility. I’m extremely happy that nothing I say here will have any impact on the success of these campaigns. And I’m not going to give out stars. Stars are absolutely brutal.

Franki Goodwin: Because of the football I’ve been watching ITV quite a lot, so I’m in the unusual position of having seen many of these ads in the wild so let’s start with Domino's, which is everywhere. I love this work: I love the idea, I love the casting, I even love the media buy. The varied spot lengths take over every ad break they are in, and the brand name echoes across all the other ads, rendering them invisible. If I was doing stars, which I’m totally not, this would get loads.

IH: I like the Cadbury’s ad. I liked the one with the little girl in the corner shop, too. Quiet, but moving if you’re paying attention. And that is a bit of a problem. The version I was sent was the nice long one, plenty of time to sit back and get sucked in by the story and the performances. The first time I saw it was in the real world, where it was obviously shorter and kind of passed me by. Not something that ever happened when the gorilla closed his eyes and raised his drumsticks.

FG: The first thing I thought was: “I wonder how many arguments they had about whether or not the girl should take the chocolate?” A massive narrative victory there, so well done all round. I loved the one in the newsagent, it was so gentle and authentic. This is great, too, but I’m telling you now... as someone who’s cried on a bus… that’s not what it looks like. There’s much less mascara, and WAY more snot and shame.

IH: This one poses a bit of a dilemma. It’s a different way to tell this story and it’s quite arresting, so it avoids the Twain scale. But. It doesn’t make me feel much at all. And surely this particular story should move me to tears? So that’s another tricky thing about our job, different doesn’t always mean better.

FG: HSBC is a great initiative, and the campaign is a powerful illustration of the problem homeless people face. I guess you can’t be seen to spend too much on a campaign of this nature, so they’ve gone super minimal, which is smart. There are hints of Lars Von Trier’s Dogville here, which is surprisingly good if you haven’t seen it. (Nicole Kidman opening invisible doors isn’t as annoying as you’d think). Really looking forward to seeing where they can take this in the future and the impact it can make.

IH: The other approach you can take to tackle the scale is to get your references from so many different places that it’s impossible for anyone to lay claim. Lurpak meets Tesco meets Virgin Media. It’s a mega-mix mashup of recent advertising film-making techniques. Not that that’s a problem as such, though I would probably avoid stepping on the tonal toes of a brand that’s in the same category as you.

FG: This has a good energy and the kids’ performance is great. It rips along, introducing us to lots of the people that "make good things happen". The post-tricks work well to take us on a heady tour of the food provenance in quite an ownable way. Jam-packed with detail and craft, the kind of ad you’ll see more in the more you watch it.

Dettol "We protect what we love" by McCann London

IH: I’m afraid I just can’t see the connection here. Shouldn’t it be an ad for Swarfega? (Anyone who spends time working on greasy things with two wheels will know that reference, and know that whatever toxic substance you need to use to get the black grime from underneath your fingernails, will also probably do a good job at killing every germ on the planet, too).

FG: And then there’s Dettol which instead of potatoes and fish, have crammed lots of worthy things into its campaign, none of which has much to do with hand sanitiser. They are nicely made but I sort of long for the shit-ness of those tube posters that went viral at the beginning of the end of lockdown. Whilst they were hilariously un-insightful (who doesn’t miss "proper bants" with your "second family"?), they should have embraced their accidental fame and made something funny. These are a bit earnest for me.

IH: Nice script, lovely craft, and nice to see some fantastical storytelling, rather than just slices of real life. But it’s one of those ads you feel a little bit cheated by when the car comes in at the end. If you’re going to do a car ad, especially for one that marks a step change for the brand, it would be nice to see the car before the last few seconds. (Twain scale note – deliberately referencing your Wall-E influence makes things ok).

FG: A beautifully crafted, gentle story about baby electronic robots who grow up and find their calling in saving the planet. It’s got some Wall-E vibes without feeling derivative and feels fresh for the category.

IH: I don’t think taking a slapstick approach when talking to small business owners is particularly in tune with the times.

FG: Taking further inspiration from films, the BT Business spot is inspired by Charlie Chaplin movies, which is a noble ambition. Unlike falling glassware, I have it on good authority that BT’s wi-fi really is unbreakable, and this is an interesting approach to delivering that message. 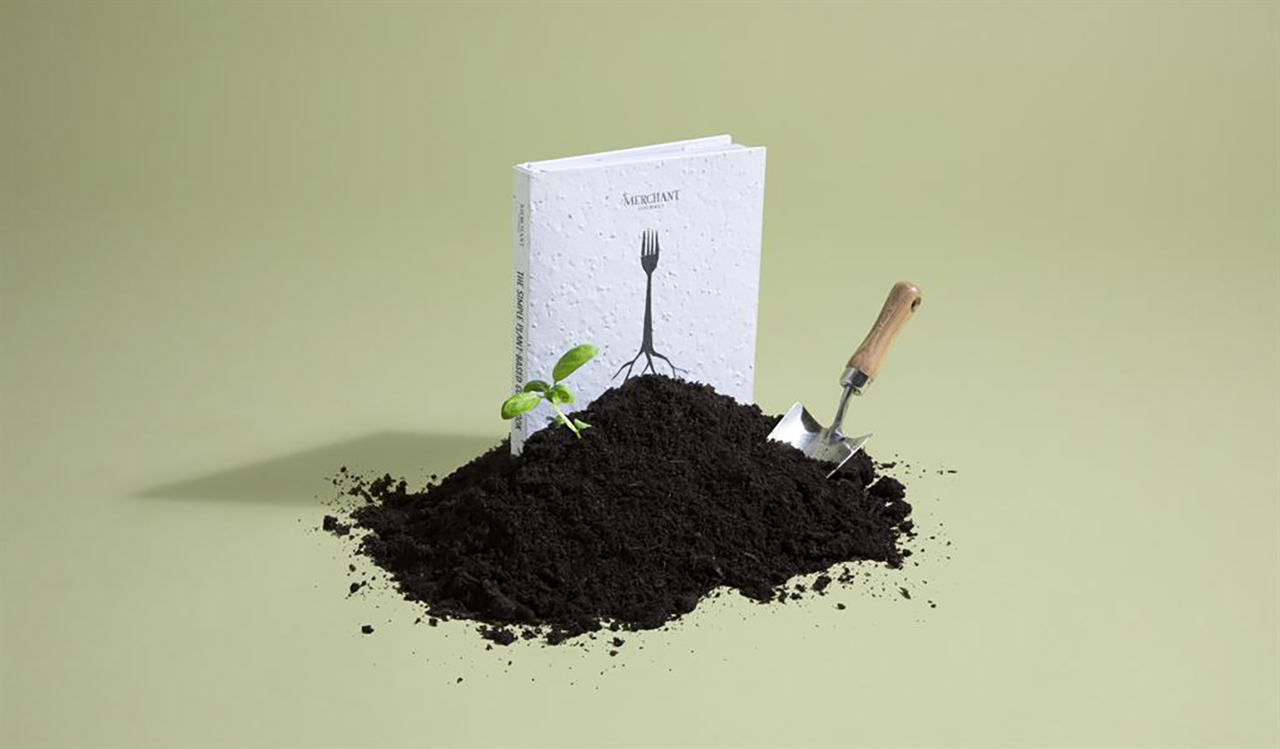 IH: I saw this idea on Dragon’s Den a little while back (Twain scale alert). It was a children’s story book that you could then plant a page and grow something. This works well being a recipe book cover, though I’m not sure if anyone really noticed it. I tried to buy it online but the only references to it I could find were on advertising trade websites. But it was a limited edition, so maybe I wasn’t quick enough.

FG: Merchant have made a Plant-based book you can plant. It’s a nice line, and a solid piece of design. I initially thought you could plant the whole book, but that’s the kind of thing you say in a creative review and then the creatives do it and you realise it’s totally unfeasible. Along with the "crying in public" places, I’ve also grown basil from seed. You’d need a few more than is on this book to get a good crop.

ITV "This is not a drill" by ITV Creative

IH: This is loud and "in your face". Well, it’s for Love Island, so that sounds about right. Feels like an ad The Sun would have run back in the early noughties, but without as much wit. Having said that, I’m sure the vast majority of the innuendos packed into this spot have gone straight over my head, so it’s probably hilarious for those in the know.

FG: Talking of plants. The mighty aubergine features heavily in the ITV spot for Love Island. I imagine the ad is much like watching Love Island, (which I have never done, I’m too busy watching high-concept 90’s dogme films and sport) but I’ve heard it’s rather popular.

IH: Finally, like I said up front, I’ll leave it up to you to decide where you think these campaigns fall on the Twain scale. Especially this one.

FG: Wimbledon is also popular, and this ad does a nice job to demonstrate that popularity throughout history. I do watch Wimbledon, which mercifully isn’t on ITV (although I could get on board with that if they replaced Sue Barker with Roy Keane) and this is a successful way to whet the appetite of our continued summer of sport and ads.