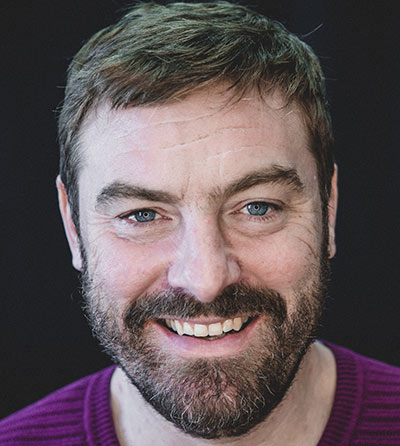 Such is the state of our industry that I wonder if I overreact when I look at ads nowadays. Pouring vitriol on stuff that’s OK and overpraising as genius stuff that’s only a little more than OK. I blame WHAT SOCIAL MEDIA IS DOING TO OUR BRAINS. Anyway, these ads are all mostly OK.

Spotify is a bit better than OK, maybe because it’s about the seething sexual subtext underlying the simple interactions of family members. It’s a smart insight, linking the contrast between the communal nature of family and private lives of its members to the need for a family account. And you don’t see many ads about wanking these days. In fact, I can’t think of any at all, ever. Though, writing this, I’m looking forward to my inbox filling up with examples.

I’d love to like the Hellmann’s stuff here because it’s brave, and we like bravery from clients and spend a lot of time asking for more of it. But not like this, I find myself thinking. And can we please, please stop with all the toasting in ad copy? "Here’s to" has to be on the banned clichés list, surely? I find the typography annoying and the idea behind these just doesn’t appear to have any connection whatsoever to the brand. I just don’t know why they’re doing this. I’m not squeamish, but these ads have me retching for the loo, not reaching for the Hellmann’s – sorry. Not OK.

Alzheimer’s Society. There are a lot of ads these days acknowledging our divided culture and urging us to see past our differences. Advertisers need to do this because the centre ground allows them to appeal to the broadest number of people possible. What a world we live in, when adspend needs to remind us of our better selves! This is an effective message reminding us that Alzheimer’s is indiscriminate and doesn’t care what filter bubble we occupy. I love that the media buy delivered the idea by showing it simultaneously on Channel 4 and ITV, presumably to Remainers on the former and Brexiters on the latter. It’s refreshing to see media and creative pulling together to underline the campaign idea – something we need to see more of.

Bradley Wiggins, mod hardman of cycling, now has a beard and is selling Skodas. Someone who was prepared to do anything to win (maybe pushing the rules beyond breaking point, though we’d all rather not believe that) now has the perspective and the time to focus on family and make a surprising car choice. Somehow it all kind of works and we find ourselves liking Skoda as the car for people who’ve calmed down a bit but still like to stand out. As with all Skoda ads, this one is telling you it’s OK to buy a Skoda. That’s OK with me.

I’ve used StubHub loads of times and resented it every time. Isn’t it just a way to legitimise touting? If it’s all about getting people out of the house to have fun, why not limit the price that can be charged for a ticket?  It’s hard not to see these third-party resellers as kind of affiliate tricksters, taking money from fans and musicians. So ethics are never top of mind, which I guess is why striking oil is a useful metaphor to use in an ad – the message? Dirty money in a jaunty setting. Now that’s not really OK, is it? 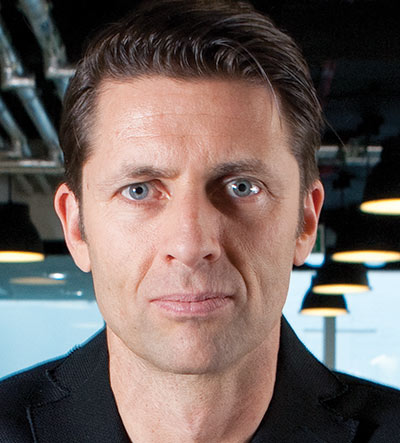 Remember the film that went around adland showing a little village where all the award entry ads ran, but only in the month of June: Cannes Lions month? Funny stuff.

Actually, it’s not so funny when you think about it. It paints a sad picture of our industry. An industry bursting with creativity and originality, with client businesses under more pressure than ever to deliver results. So why is it, when there’s so much evidence for creativity selling more, that we see so little great creative getting made week in, week out? Let’s see if this week paints a brighter picture than usual.

Hellmann’s and Ogilvy & Mather have dared to go against the digital grain with a print campaign. I like the thought they’re exploring around who on earth first picked up the squid, the prawn or the mushroom and thought: "Mmm, looks tasty." Feels fresh. And what a great way to prepare Brits for even greater oddities, like insects from Asia dunked in mayo! (That’ll be our post-Brexit cuisine.) Alas, after taking in the copy and campaign line, it’s not tasting as fresh as it first promised.

Skoda and Fallon put each other on the map back in the first decade of this century. Both have since had a much quieter existence. In a world of ads pushing "connected" cars with every digital gizmo imaginable, it’s refreshing to see a car brand propose we "reconnect" with things that really matter. Only, I can’t help but feel there are greater creative muscles to flex with the "reconnect" thought than Sir Bradley allows.

Alzheimer’s Society and McCann have a tough nut to crack: charitable donations are falling like a stone (in the UK down by 5% in 2015). The "united" idea feels big. I just find the familiar, sombre charity tone pulls it down. To energise Brits to put their hands in their pockets would take the type of creative McCann showed in its award-winning Xbox poster – something we can engage with.

StubHub and Goodby Silverstein & Partners are both famous brands. GS&P has, like Fallon, had a few quiet years so it’s great to see the agency upping the ante. I love the originality of "Machines", suggesting artificial intelligence has networked all electrical appliances and cars, programming them to turn against humanity. These are unapologetically big and entertaining productions that stand out from the everyday. A bit of a bright spot from all concerned.

Finally, Spotify: client and agency in one. A hot topic in recent weeks since Pepsi demonstrated how wrong it can go, while Channel 4’s D&AD success with "We’re the superhumans" showed how it can be the right way to go. And this amusing campaign makes a pretty good case for it too. Most agencies would be damn happy to have made these spots. Not so happy, the teenage son when he discovers his connection to the table he’s eating off. Funny stuff.

Actually, it’s not so funny when you think about it. It paints a sad picture of our industry. An industry bursting with creativity and originality that is, week in, week out, battling to defend the right to do more of what it does best.

Spotify "Dinner" and "Door" by Spotify