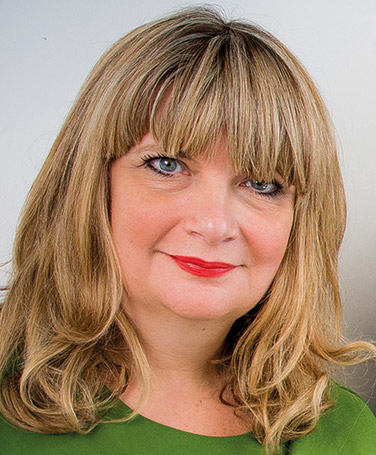 Me to son: I love your new hoody.

Teenage son: Don’t be such a try-hard.

Youngest son: Mum, can I help with dinner? Teenage son: You’re such a stupid try-hard.

According to the Urban Dictionary, a "try-hard" is someone who tries too hard to fit in. Fitting in. Hmm. That’s difficult right now. Trying hard to do the right thing, but not looking like you’re trying too hard.

Trying to be funny

God, writing funny stuff is a minefield. One person’s funny is another’s cringe.

I found the work for Absolut more amusing than laugh-out-loud. And a little long. Apparently the film "features" real employees. I hope all the employees featured are real. And that all those employees are naked. (I promise I’ve never said that in the office.) What I mean is, if it’s the vodka with nothing to hide, every single thing should be genuine. If it is, then great.

Aldi made me snort. I know, attractive. The mobility-scooter ad just hit the spot for me. And Eddie the Eagle was in it. It’s a lot of fun. What’s not to like?

The Domino’s "Dom Juan" Valentine bot hijacked Tinder to help people in their love quest by delivering a few chat-up lines. Here’s an example. "I pepperonly have eyes for you." As I said, one person’s funny…

Trying to be real

McCain’s "Here’s to love" is a sweet ad, packed with vignettes showing that any love is "normal", as is any combination of lovers. It felt a little try-hard to me, but I think maybe work like this needs to be a bit over the top to land the point.

McDonald’s "Flat what?" is well written. But the strategy is showing its knickers, as someone I worked with (Matthew) used to say. No doubt it is customer-insight-led; there is way too much ponceyness in some coffee shops. So at this point I’m nodding. But I still don’t know how you make a flat white. I do now know, however, that McDonald’s sells them. Yum.

The "Get the inside out" ad for Lloyds Bank in association with Mental Health UK aims to raise awareness of mental-health issues. Disorders are written on Post-it notes, stuck on people’s heads and you have to guess what your disorder is from the description given by a partner. It’s been carefully cast to be diverse, but I can’t help think that this misses its intention of saying anyone can be affected and what we can do about it. It just shows lots of different people playing a game. And I’m left wanting to know why Lloyds is involved.

Trying to be cool

Trying to be different

This is an industry full of creative formulas. Once again, Channel 4 smashes them. To celebrate 100 years since women got the vote, the broadcaster got 100-year-old women to introduce its programmes, talking about what’s changed in their lives over those years. It is, of course, real and funny, but it’s also beautifully different. And then there’s the "100 years and counting" film. It’s wonderfully written and brilliantly balanced. Definitely not try-hard.

On to the Malaria No More ad. Ok. David Beckham is in a glass box. A swarm of mosquitos is trying to get in. It’s buzzy. Beckham grows more uncomfortable. But he’s safe. Unlike half of the world. It’s a new take on the sleb charity ad formula, for sure.

I can’t take my eyes off it. Nothing beats Nike here. Because there’s no try-hard here. Just creativity that shows us all that if we want to produce work like this, we all have to try much, much, much harder. 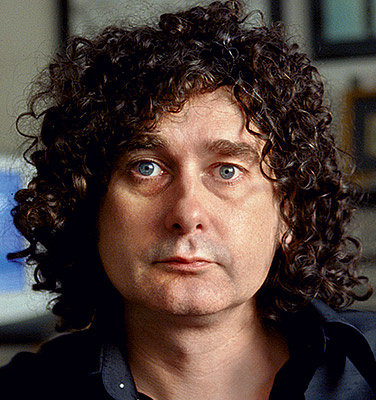 Long, long ago, on the banks of the River Thames, there hung a magical perspex box, with a strange, bearded bloke called David locked within. How the people scoffed. And threw stuff up at the box. (Unscoffed cheeseburgers, mostly.) Well, it’s back. But this time, it contains Becks, not Blaine. And for Big Macs, read mosquitos. Millions of the little bastards. Gagging for a munch on his fading tattoo-ravaged hide…

"Malaria must die," David says. Which is about as sane as "Cheeseburgers must fly", but still... Tis a noble cause, with a confusing strategy. Malaria No More UK isn’t trying to "kill" malaria. It’s a disease. Transmitted by mosquitoes, carrying not hot pies, but the Plasmodium parasite. MNMUK is distributing mosquito nets to keep the buzzin’ buggers out. Hence the box. I think. Still, something must be something here, coz I could murder a Big Mac.

Aldi, on the other hand, goes through the familiar ad motions and ends up with a cameo from a couple who look like Torvill and Dean’s grandparents. One of whom appears to be sporting a moustache made from the contents of a flat white. Don’t ask.

McCain proves that adland’s virtue signalling hasn’t just jumped the shark. It’s hauled it on board, knocked it on the head, deep-fried it in beer batter and served it up for tea with a generous side portion of the old crinkle cut.

Is this Nike "Londoner" thing as brilliant as everyone’s been telling you it is? Yes. Yes it is. And I say so as a Brummie.

"Am I going to live?" "Yes... I think so" is quite an opening gambit for a Lloyds Bank commercial. But then #GetTheInsideOut is no ordinary idea. Ok, I object to "The Famous" telling me what to think, and I find the link to Lloyds Bank bloody tenuous at best. (Surely, the hero brand here is Post-it notes.) But the sheer brutal simplicity of the words "BULIMIA", "PARANOIA" and "DEPRESSION" scrawled on bits of paper and slapped on unsuspecting foreheads makes this the most moving version of the Post-it note parlour game you’ll ever see. And I’d like to write "CONGRATULATIONS" on the foreheads of those who did it.

Channel 4 gets it right yet again, with these #vote100 idents. A trio of beautiful women. Each 100 years old. Doing what 100-year-old women do best: being sassy. You go, girls.

Absolut lies. There’s a great big, sweaty, wrinkly, hairy old sac of lies at the heart of this commercial. Despite the bold claim of "Vodka with nothing to hide", it soon becomes apparent that hiding stuff is pretty much Absolut company policy. There are absolutely no visible privates in this parade of nakedly stereotypical Swedish employees. The bare truth is that we can’t see Gunnar’s gonads. That Lars the farmer has a pixellated penis. Even Leif the local pig has a blurred pork sword. Lina’s labia is lovingly folded away behind a merkin of flickering digitalia. Tina’s tits are tampered with and Pia’s punani is a positive pastiche of pixels. And big Rolf may be vice-president of pubic affairs, but his flaccid old fella’s fading away.

And while all this does little to convince me to choose Absolut, it may explain why I occasionally find a pixellated gingery-blonde pube in my V&T. Bottoms up.

Nike "Nothing beats a Londoner" by Wieden & Kennedy London

Absolut "The vodka with nothing to hide" by BBH London