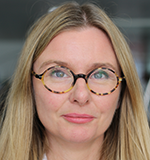 I was having dinner with Sir Alan Parker the other night. He was talking about how he first started directing TV commercials. Turns out that there wasn’t much money to produce telly ads back in the late 60s and early 70s. So he used to shoot his ideas himself. The basement of CDP was supposed to have been a car park but someone forgot to build the ramp. So it became the CDP film studio. Most weeks, you could find Alan down there, directing his latest spot with the cast largely made up of people from the ad agency. (Finance and facilities were the best, apparently – they were always well up for it.) If you watch some of those old commercials again, you’ll notice that they look like they could be scenes plucked from the middle of a feature film. It makes you feel like you’ve stumbled across a bigger story, one that lends the commercial a certain depth, wit and charm.

Depth, wit and charm are qualities the Admiral (3) spot doesn’t have. What it does have is an extremely irritating woman dressed as an admiral singing Oh, What A Beautiful Mornin’ on her first day at the office. The writing is ham-fisted and the acting – well, there’s a lot of ham there too. It feels dated. It has not explained why the admiral has undergone a sex change. Is it to win the female vote? I really hope not. That would be very patronising.

Gosh, that has got me all hot under the collar. I need to remember there are more important things than insurance ads; mental health, for example. The Samaritans (2) is running a series of posters at train stations in partnership with Network Rail to try to tackle suicide. The photography captures the isolation and loneliness sufferers feel and the headlines cleverly reveal the real cry for help from within. My only slight quibble is the endline. I’d have written it the other way around: "We don’t just listen, we hear you." But it’s a small point. I hope these posters encourage someone in trouble to give the Samaritans a call.

At the opposite end of the seriousness spectrum, we’ve got chocolate biscuits and kittens. This is the latest in the series of furry, packet-dwelling cuties from McVitie’s (5) and I don’t mind it. How did they manage to get so many kittens into one packet? There’s an augmented-reality app too so you can dress up your digital kitten in different outfits. The digital moggie looks a bit spooky, though, even with a very fetching range of headgear.

You can see how the app fits tidily within the "sweeet" campaign but I’m less clear on where the five-minute branded content film for the Mercedes-Benz (4) Vito Sport fits into selling vans. It’s all about bikes, you see. Mountain bikes and road bikes. The only role the van seems to play is carting the bikes around. It’s very much a bit part.

And so to Earth Hour. I tend to feel ambivalent about ads for the WWF (1) and climate change. I’m a member of the WWF; I buy organic and recycle. I just wonder how much good advertising does. Is it an effective use of the money I give to it every month? Does it make an illegal logger stop and think twice? I’m starting to think direct action is a quicker route to success. Maybe not so many awards in it, though. Nevertheless, optimism prevails and I have followed the ad’s call to action and signed over my social media feed for Earth Hour 2016. I hope it helps to end coal power stations by 2040 and deforestation by 2060. For the time being, the only result appears to be that my profile picture has had some kind of evangelical religious filter applied to it. 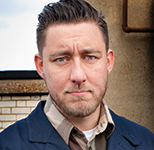 In the last 24 hours, I’ve been treated to two hours’ sleep, a neckful of sick, a kick to the head and a shit in my hand. These delights come courtesy of the two screaming joy baskets that are my daughters and result in me not only being sat here exhausted and filthy but mildly apprehensive that, while my brain is awash with their pink and glittery detritus, I’m probably going to be less optimistic with my opinions than I’d otherwise be.

So I’m going to mount my dad-horse and pretend this work has been presented to me by my eldest daughter as something she has knocked up at nursery and see whether or not it would make it out of the production company tote bag and on to the fridge.

First up, she hands me what look like posters for the Samaritans (2). Photography’s an exciting new thing for her and she has clearly had some fun, explaining that she "told the nice man with the camera I didn’t want to see their sad faces so I asked him to just shoot the back of their heads". I like that. It’s weird and you don’t have to look at the tears. I’m going to rip out the photo bits and stick them on the fridge for reference for something.

On to the second thing out of the bag of delights. OMG, she’s three and she has somehow made an app for McVitie’s (5). Hashtag proud dad etc. While I can’t for the life of me figure out how it sells biscuits, and I definitely don’t understand why she’s stuck a "created by Grey London" logo on the front of it (are we putting our agency logos on our work now?), it’s still lovely that she made an app, innit? Well done, Orla. I tell her I’ll download it to the fridge later. The less said about the film/TV ad thing she has made to go with it, the better.

Next up is Admiral (3) insurance. I can only assume this piece of work is by another kid and it has made its way into her bag by accident. Hats off to the little pirate fan who has made it, they have had a jolly good go at trying to do something different – but, my God, it’s not going near any fridge of mine.

The fourth thing she has brought home today is for Mercedes-Benz (4). And I’m not angry with her; I’m just disappointed. I think it’s her way of telling me she wants me to buy a camper van or something, but I can’t be sure and it’s too boring for me to want to find out. This clearly wasn’t an easy brief but she could’ve at least given me something interesting to play with while I watched it, like that "Type R" thing. She did draw a good picture of my bike once, though, so I’ll keep that on the fridge and bury this in another kid’s bag.

And, last of all, she has gone all tree-hugger on me with the WWF (1). She has noticed how much time I spend on the Facetubes and Instas, and made a film with a Benjamin Button lady from the future wanging on about using my social feeds to shine a light on all things environmental. While it feels a little lecturing to me (she has done the voiceover herself), the fact that she might have a time machine squirrelled away in the activity corner and that she has not used scare tactics to engage me about the environment both tell me she’s destined for great things. It’s going on the fridge.

Samaritans "we listen" by MullenLowe London

Mercedes-Benz "dirt vs road" by AllTogetherNow