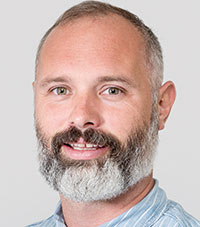 Apparently, 73% of all interesting articles start with a fact. But the fact is, it’s 9.16am on Monday and I’m pretty tired. It’s partly a hangover, partly a beginning-of-the-week-look-at-the-diary kind of tired. And there it is. Among the various marketing emails, delinquent timesheet notifications and dieting fitness spam (what have I been looking at?) is the e-mail from Campaign inviting me to do Private View. I tell myself that wading through the current offerings will cut through my hangover and energise and inspire me to attack the week with zeal. When we sit down with our creatives every Tuesday, we use a simple 1-10 metric to gauge how they’re feeling about the projects they are working on. So let’s judge the work on that scale to see how it makes me feel.

Co-op (4): 6/10. This is one of those "look at yourself and your life" kind of films. Directed by Shane Meadows, it’s a film about Co-op’s community project, which fits well with the retailer’s egalitarian mantra: "Championing a better way of doing business for you and your communities." It features real people doing real things that you can’t argue with, because they are real. It’s a beautifully observed spot but, for me, it lacks the storytelling that the director is usually so good at. I’d like there to be some tension, but it plays like a nice documentary-cum-music video that lacks the bite of an I, Daniel Blake. And, if I am honest,
it goes on a bit and feels like it only shows a certain demographic that "we help". I want more than just
a reflection of what Co-op does. And, dare I say, what with its nostalgic new/old identity, could the retailer be a bit modern and upbeat?

Skittles (2): 7/10. Good. Funny. I need a bit of funny. The spot follows the same "Taste the rainbow" format as its predecessors. Is it as good as "The Skittles touch"? I am not sure. But it is funny.

A simple social idea that turns your emoji texts by magic into real items. Hi, Royal Mail. Can I have some

Campari (3): 3/10. I really want to like this, but I don’t. It’s written and directed by Paolo Sorrentino and stars Clive Owen. The write-up says it’s 13 minutes and 20 seconds long. I can confirm this to be true. I watched the whole thing. And I must say: it looks like a movie. It’s just not as good as a movie. Don’t get me wrong, I admire the length and ambition of the piece, the agency for selling it, the client for buying it. It just falls short of being as good as billed. Content seems a good way to go for booze brands, what with dark markets and ad restrictions. But I can’t help thinking it could be done better than this. Neft Vodka "Bad motherfucker" springs to mind.

National Citizen Service (5): 5/10. The ad has a catchy beat and some large type, like you get in sports ads. It’s fine, but I doubt it’s something that will truly inspire the next generation, should they ever get to see it.

So that makes a mean Monday morning score of 5/10. No high-fives, but not terrible. And it’s enough to give me inspiration to improve my week after its mediocre start. 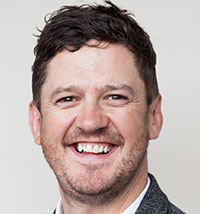 Most people who know me will tell you that I have the attention span of a goldfish. With that in mind, I notice the combined running time of these five films amounts to more than 19 minutes. Don’t get me wrong, I love film. I’ve made and judged enough of it over the years and have the grey hairs to prove it. But good branded content is hard. I’m not the only goldfish out there.

First up is for Co-op (4), the three-and-half-minute version, directed by Shane Meadows of This is England fame. It’s beautifully observed and the music is pleasant enough but, 45 seconds in, I’m starting to wonder where this is going. A minute-thirty later and my mind starts to wonder. Surely something is going to happen – this is Shane Meadows, after all. Finally, a line appears and Co-op tells me it is championing "A better way of doing business". Blimey, three-and-a-half minutes to tell me that? Surely there’s a better way of doing content?

My thoughts change when I see that next up is a Skittles (2) film and it’s only 30 seconds long. How refreshing. Over the years, this batshit weird but totally original campaign from across the pond has delivered laugh-out-loud spots. But this one is not from the US, it’s from these shores and, by Jove, have they smashed the rainbow. I’d go so far as saying it’s up there with the best of them as I watch it over and over again and share it with my kids.

With aching jaw from the previous sugary treat, I move on to the Royal Mail (1), which wants to demonstrate the importance of using mail rather than social media. It’s a neat, simple idea. It’s well-shot and gets to the point. I love the thought of turning little emojis into real-time gifts. I’m just not sure it needed to add all that film content stuff at the beginning. Sending out some decent gifts to those who share the film – perhaps some helicopters and sports cars – might help get more reach.

On to Campari (3) – all thirteen-and-a-half gratuitous minutes of it – the one I have been dreading. It has a great director behind it and features Clive Owen, so it must be good, right? The cinematography is strong and the sound is sweet, but four minutes and 20 seconds later, I find myself climbing the bloody walls. I’m surprised I managed to get that far. Maybe it would have been better to give "Killer in red" as an open brief to Meadows with a time restriction of three minutes.

Exhausted, I drag myself to the final film for the National Citizen Service (5). The music starts with a bang, which instantly wakes me. The film is full of energy, which I desperately needed, and I mentally agree to watch this one to the end. I cross the finishing line and wait to receive my reward. Which isn’t for me, but hopefully the yoof will dig it.

Watching all these films has certainly given me something to think about when I’m next working on something longer than 30 seconds. We’re all goldfish, after all. I’ll just email this to myself to remember. Oh look! A new email…