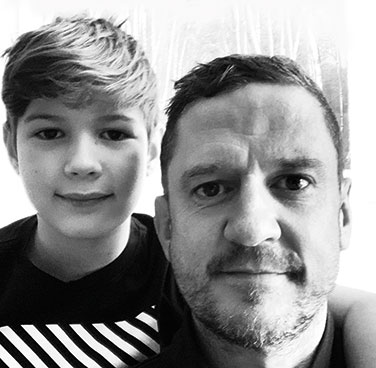 Five weeks in, and life in lockdown is the new norm. The eldest (soon to be 16) has properly engaged inself-isolation, only leaving his room to be fed and watered. Mrs Denney has become part of agency life, wading in with suggestions during Zoom meetings. And our youngest son, Charlie, has taken a real interest in what we have been doing at St Luke’s with our SHN initiative, even coming up with two Covid-19 posters himself. Proud parent aside, they are rather good, so I thought I’d ask for his view on this selection of work. It has also helped wean him off the Xbox for a short time. Mwahahaha.

We are all living in the world of Zoom right now, so Tesco’s insight and execution is bang-on in reminding us how we are staying connected with the ones we love. The idea is well executed, using Zoom for real to shoot the ad. Charlie loves it, too, saying: "Families bonding over Facetime is clever, Dad, and we’ve done this with Nan and Grandad."

Next up is Channel 4’s humorous spin on an important message, encouraging us all to sit on our arses and stay at home. You can’t beat a bit of humour in times like these, and, as always, C4 pitches it just right. I love Jon Snow ironing his tie collection. Charlie laughed out loud when he heard the word "arse". He strongly agrees with the message, and not because of his Xbox. "I think that’s a good ad, Dad. Can I see it again?"

On to the BBC’s "Don’t quit". Understandably, there have been a lot of fi lms put out there like this of late, with similar music tracks, even with poetry, too. But that aside, it matches the BBC’s tone of voice, with some incredibly strong moments. It’s not my favourite of them all, but it’s still good and pulls on Charlie’s heartstrings more than mine. "That’sreally heartwarming, Dad." The young softy.

The good eggs… sorry, at the Co-op scrapped their chocolate bunny ad this Easter in favour of a charity message for hunger and food waste, and good on them. Not only does it reinforce the brand’s co-operative nature, it casts it in an incredibly good, honest light, which brands need to do right now. Charlie? "This is really good," he says.

We all know Marie Curie and its nurses are beyond incredible, but it’s easy to forget them right now, as donations pour in for the NHS. Both Charlie and I loved how the women with terminal cancer disrupted the lockdown vignettes. Charlie also commented on how well the music matched the visuals, saying "the message is strong". We do hope this works for it.

I love the copy on the Outsmart poster, especially the Croc-wearing part. Quite possibly the only time it is acceptable for this moulded rubber footwear to be seen in society, although I do use a pair for fi shing and Charlie has a pair, too, but wouldn’t be seen dead in them now. Charlie liked seeing a poster, rather than "just telly ads". He’s getting the hang of it, I think.

More excellence from the "Britain get talking" campaign. Just seeing the lock-up sit alongside the ITV logo when you are watching the telly is a testament to the strength and importance of the idea, and these new executions only strengthen its quality. Charlie agrees, and likes the clever use of a contacts list to "highlight people’s lives in isolation".

I really like the Nationwide campaign. Its distinctiveness and direction never tire, and this new work continues its authentic voice to its customers perfectly. Charlie loves the couple taking a positive view about their future together. Bless him.

The Women’s Aid film is powerful. After watching this, I feel extremely lucky and sad at the same time for those going through a double crisis and living in a nightmare. I stopped to donate. Charlie fell silent, too, and quietly commented: "Strong message, Dad."

Last up is Voxi and its ad, shot entirely in isolation. The press release off ers more to me than the fi lm. However, Charlie jumps straight in, saying: "I’ve seen this one on YouTube, or was it TikTok? I don’t know, but it tells me what I can do." This is a good thing for someone like Charlie who lives on these channels. I better shut up and go and play on his Xbox. 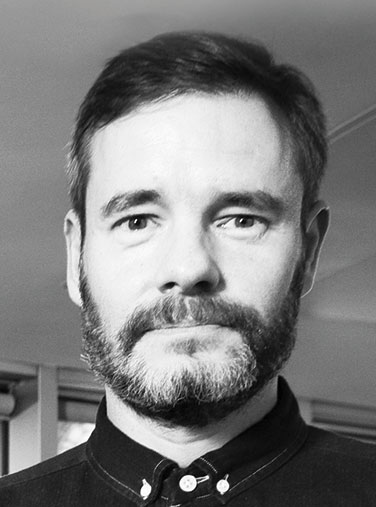 Out of curiosity I recently opened the health app on my phone to check my daily steps: 829. And right there is the paradox at the heart of the Covid-19 pandemic. While we at home move so slowly, outside, in the world, events are moving so fast.

There is no new normal; there is an ever-changing normal. Our job, of course, is to try to keep up. We’re working harder, faster, smarter. We’re having to be tough yet empathetic. Transparent yet protective. Open to change, while holding fast to our beliefs. It’s exhausting; it’s energising. It’s suffocating; it’s liberating. It’s boring; it’s exciting. We’re all trying like never before. The problem is we may all be trying too hard.

The goal of any idea should be to shape culture, not just reflect or mirror it. To wit, let me talk about the best piece of "work" I’ve seen come out of this crisis because, hopefully, it will provide clarity and a timely reminder to us all. Unfortunately, that piece of work has, I’m pretty sure, been created by the most Machiavellian character in British politics: Dominic Cummings. The man may be a cockwomble but he’s good at what he does. The evil genius of his Brexit slogan, "Take back control", was that it meant all things to all people. The beautiful genius of the Covid-19 slogan, "Stay home. Protect the NHS. Save lives", is that it means everything to every one of us.

If you take away the pub, close our kebab shops and deny us the right to chargrill ourselves sunbathing in the park, then to avoid a revolution, you have to appeal to something greater than ourselves. It used to be God. Now it’s the NHS. It’s a proper big idea. And when you have that, everything else follows.

We all talk about delivering ideas that the audience can participate in. This delivered one of the most extraordinary things I’ve ever been involved in: the Thursday-night clap for heroes.

We all talk about delivering an idea the audience can run with. Or, bless him, walk with, as Captain Tom demonstrated.

In these uncertain times, brands need the certainty of a big idea. If you don’t have one, it must be like trying to navigate without a compass. After weeks of going round and round in circles or being stuck in the doldrums, you probably start to wonder why you exist.

Channel 4 has a big idea, or a big positioning, and, in a welcome respite from the slew of ads using sombre piano music, UGC and empty streets, it employs a playful irreverence to ask us to sit on our butts and stay home.

The BBC does employ sombre piano music, UGC and empty streets, and adorns it with a not very good poem, read by Idris Elba. But it’s the BBC. And if anyone can get away with it, the BBC can.

Unfortunately, Nationwide can’t. More bad poems, which mask not just the absence of a big idea but the fact that a letter to your future self in six months is not a bad insight at all.

ITV has a big idea in "Britain get talking". It was necessary before the pandemic. Now, I suspect, it is essential. And it executes with freshness and simplicity.

Unlike Tesco. "Food love stories" is not, in my opinion, an original idea but it is, for Tesco and the sector, a big, populist idea. Which is why it should be doing so much more with it than this decidedly bland offering.

The films from Marie Curie and Women’s Aid have all the best intentions but somehow just don’t land. I wish I had been moved but I just wasn’t.

And then, lastly, some work that I fear just isn’t going to work: Co-op, Outsmart, Voxi. Too expected, too straight, too confusing. But it is, like all the work above, actually out there in the world. It’s trying to make a difference. And believe me, I know just how hard that is. The fact we are able to produce anything is a kind of miracle. We may not be getting everything right, but we are giving it our all.

Voxi "I am endless (even in isolation)" by Ogilvy

Women's Aid "The lockdown" by Engine