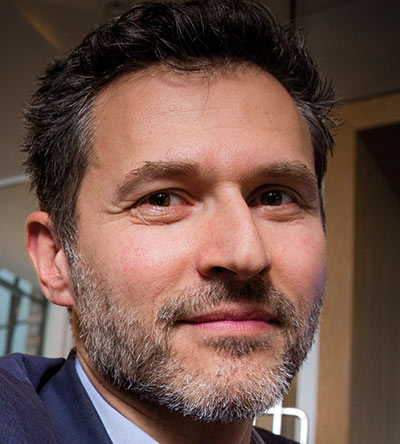 I write this on the hottest June day since 1976. It’s 34.1 degrees and I have dribbles of sweat collating in crevasses I didn’t know I had.

Everyone is talking about it. Not my crevasses. The heat.

It makes me think we should look at advertising like we do the weather. When we have extremes, everyone talks about it.

Oh my God, it is so fucking hot. Christ, it’s freezing.

So I wonder: is the work I’ve been sent the ad equivalent of sunny intervals, mild south-westerly breezes and a balmy 22.5 degrees? Or will there be thunderstorms? Perhaps the odd, glorious flash of lightning? Let’s see.

First up, Subway. Unlike Subway food, this ad is deceivingly well-made. It’s well-written, well-cast and well-directed. I like it, I like her – I just don’t like the unappetising salad shot at the end. It’s like a lovely sunny day with a quick downpour around eight o’clock that dampens the mood.

Mother’s swansong for Boots is a lovely idea: celebrate summer as much as we do Christmas. It has taken a Christmas classic and given it a summer lyric. Unfortunately, that gets a little bit lost and all I’m left with is my idea of hell – a busy lido. Anyway, to make another tortuous, weather-based analogy – it’s like a day where the forecast was great but the breeze never came and you end up swearing you will never wear leather trousers again.

Trains are serene, planes are nasty things. Virgin trains is in danger of sounding like a broken record with this strategy, but it has twisted the argument to "Spandau Ballet v speedcore". Spandau represents the ease of train travel and speedcore the torture of plane travel. It’s nicely done and at least I got the extremes here. Altogether, the ad is like the glorious schizophrenic weather of the north Cornish coast – I’m getting out in it.

Jurys Inn tells the heartfelt tale of a luggage trolley looking for a home. It eventually finds it at a… Jurys Inn. It’s sweet, nice and likeable, like a mid- to late-September breeze on a Sunday afternoon with some tea. Will it cut through, though? Jury’s out.

The final ad has a grand ambition to make us put aside our petty differences. To see each other differently. The strategy threatens thunderstorms and lightning and freak typhoons that would get us talking for months!!! But it’s for CBeebies so they never materialise. Instead, it is rightly very gentle and cute, if a bit familiar in construct.

(I am putting this sentence in brackets and a slightly smaller typeface like it’s a secret aside because I am getting a bit sick of brands trying to make the world a better place at the expense of imagination and joy. Only me?)

Sorry, I am getting hot and bothered. Time for a cold shower. 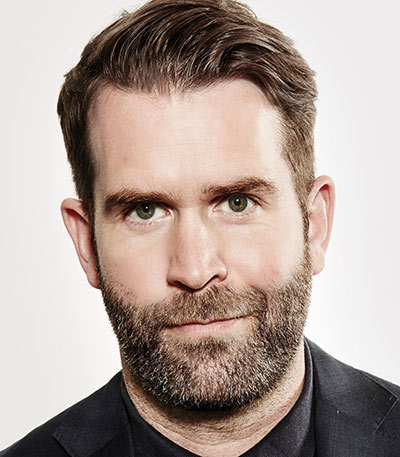 It’s not a great way to start, but I’m unsure how I feel about the Jurys Inn ad. But I guess that’s the point. And I admire the departure from the normal comfy-bed approach to a good night’s sleep. It’s a brave move to try to create an emotional response to an inanimate object (insert Theresa May joke here). I get the duality of the "stay happy" theme but any sort of happy is a bit too generic. Decent production but… I think the jury’s out on this one.

I think it’s good that the way I feel about this next ad is exactly how I feel about a Subway foot-long: a guilty pleasure. And that’s less about the filling, more the Edgar Wright-esque direction. It’s a nice single-minded idea about breaking routine but I think anyone who’s been to Subway would be horrified at the thought of the salad without the bread to protect their eyes from it. It’s like Subway is trying to disrupt its own core offering. Remember when McDonald’s tried to do that? Conclusion? Flawed strategy if meaty enough execution. Homer Simpson said it best: "You don’t win friends with salad."

Each day I get a train and it’s horrendous. It’s not a Virgin trainS one but it is a train and, to be honest, no ad could ever make me feel better about train travel. I’m also old enough to remember when Spandau Ballet were not universally loved. I never forgave the Kemp brothers for the Krays film either. All that said, associating music with a journey is highly relatable. And the execution is clear, single-minded and well-directed. It’s a nice shortcut to the everyday reality of getting from A to B. And this ad does get you from A to B – one way, at least.

So to the only purposeful ad of the bunch, for CBeebies. I relate to this and admire the message at a time when it seems most pertinent. I have mixed-race children and I’ll never forget when my eldest son drew his superhero creations as white and all the villains as, well, not white. It broke my heart because it was the end of his innocent perceptions – the media and society had got to him. The simple social experiment here plays on the bit of childhood before that. No-one is born with prejudice; it’s taught. And there are some bad teachers at the moment. It’s good to see a media outlet tackling this in an authentic way given how many are complicit in this problem. More of this is needed, especially now. Though it is surely ironic and a bit sad that this ad is tackling an issue that its target audience doesn’t even see.

I heard someone talking about the Boots ad on a train (not Virgin) when I was having a predictably bad journey. Not as bad as the person talking about Boots’ latest offering, though. They were horrified that a Christmas song had been adapted to sell summer. Irrationally horrified, in my view. People are overly protective of Christmas songs and see them as sacrosanct – as reflected in some of the social media reaction. Seriously, people need to cool their boots! It’s being talked about, it gets standout as a celebration of summer and it’s nicely put together. (That said, on a personal note, I do go out of my way to avoid that song at Christmas. So the fact I’m now trying to avoid it all over again is not cool.)