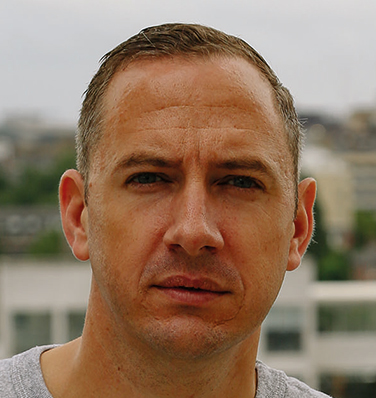 In the days when William Caxton’s Campaign was actually printed, there were only four or five campaigns to be tenuously strung together by the lazy Private Viewer. Now, dear reader, I have to find a tenuous theme to link all 10 pieces of work. So, without further ado, let’s play "fad or fabric?"

And yet this month’s campaigns conveniently arrange themselves into being either a long-term fabric of British society or a fad. For the record, I have no axe to grind with fads.

First, the fabric. A much celebrated, unique, long-lasting British institution that’s under threat of closure from the mismanagement of an unsympathetic government. But enough about the Britain’s Beer Alliance campaign, which I couldn’t possibly comment on, what about those poor fuckers in the NHS?

God, I love NHS England. It’s saved my mum, my nephew, Richard Bacon and everyone else I care about. And this celebration of its 70 years is worthy, celebratory, well shot and. And. And. You can’t criticise the NHS. But. I wish it hadn’t gone ever-so-slightly private with this one. It’s all a bit neat. A bit clean for a genuine slice of societal fabric. Danny Boyle made the point with much more impact six years ago.

The England team. Waistcoated fabric of the bloody nation. Tripz. Pickz. JLingz. Inflatable Unicornz. But too soon, Nike Football, too soon. They may be the future, yes, but the chance was then, on that side of the draw with a bloody semi-final against Croatia FFS. Aaaargh, Nike, it still hurts. Yes. It actually did come home, of course it did. And I bloody love them. But this doesn’t make me feel better.

Unfortunately, another fabric of UK football culture is domestic violence. For my money, this ad is the pick of the bunch. Could have been crass but is arresting AF, with some elegant media strategy to boot. The National Centre for Domestic Violence stopped me in my tracks. Hopefully, that’s not all it stops.

The other fabric finalist is, obviously, BBC One. What great bloody work the BBC has been turning out recently: the Christmas ad, its (whisper it) NHS 70th spot and these idents. It’s obvious but it’s right. The Martin Parr not-so-still lives are the right mirror for Auntie to be staring into – and it looks like 4Creative finally has some competition.

Finishing off the first half, two final fabrics woven into British culture. First up, Aleksandr, the Russian lad with the durability, endless energy and many tournaments under his belt. Comparethemarket.com has moved out of the group stage and into the nonsense knock-out phase; the delicious meerkat restaurant phase. Who am I to question the flogging of a dead mongoose when it’s still quite funny?

Injury time. HSBC. The bank that likes to say "Together we thrive", that lucky dip of words pulled from the strategy tombola. But the corridor of speedy boarding is slowly grinding to a halt. Where once there was media space innovation, now there is lazy fabric. Seems like the very definition of an open goal missed.

Now the fads. The evolved ephemeral advertising. The slowest moving fad of all, the Donald, gets one barrel, rather than both, from the Women’s Equality Party. It’s fine. There’s nice writing. Just nice. But there were countless examples of even finer "concepting" on the placards at the anti-Trump march. If ever there was a case for seeking diverse voices from outside the industry, the "amateur" sign writers are a recruitment strategy with their hands up.

Huawei has placed its creative judgement in the hands of artificial intelligence. It could be seen as a fad but who am I to question the inevitable rise of our AI overlords? 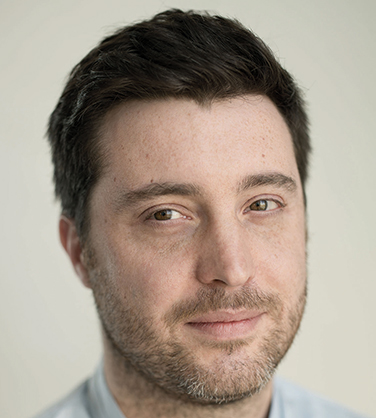 August – formerly known as Sextilis – is one of my favourite words. Probably because, where I grew up, the country shuts down for the whole 31 days. That’s two more weeks than at Christmas, which meant that, in my eyes, Santa was always better suited with Philippe Phillop than Dasher or Rudolph.

Fittingly, it is widely assumed that the BBC has a bit of a French outlook as far as August is concerned. The difference being, while my fellow countrymen and women are gagging to leave the gulag to go and glug, glug, glug on the Riviera, some of my colleagues fly to Puglia and Tuscany.

So let’s see who’s checked in and checked out, shall we?

The first destination is actually home: the BBC One idents.

I’ve never been a fan of a staycation so, obviously, I’ll stay clear of that one.

But if you want to see the Oneness Project in its full attire, check out the National Portrait Gallery early next year.

Next is someone not everyone wished to see at home. "Thank you Trump" for the Women’s Equality Party. A very of-the-moment campaign made by an aptly named agency. Like most participation ideas, its real power sits in the streets and online. Gets my vote.

One that didn’t come home but chose neighbouring shores instead is football. "Believe as one" for Nike Football might not be the home run we are so often accustomed to seeing from Nike. However, this 60-second ad is the fruit of only a week’s work. From briefing to play out. Get that team a trophy.

The next stop is just round the corner: the public house. I love pubs. A) Because my living room can’t host all my thirsty friends and their kids. B) Because it’s always been a dream of mine to convert one. Lots of space. Basement. Fireplace. Garden. Beautiful windows. And a couple of hanging baskets if you live in the right postcode.

Beyond the valiant effort here for Britain’s Beer Alliance, I’m saddened to see that there’s a need for the brief to exist in the first place. It is the French equivalent of petitioning for patisseries. (There are riots in croissants BTW). Luckily, if there’s one sport we’re good at – besides scoring – that’s striking. Everyone does it. Even our football team did it.

More booze. I wasn’t shaken by Bombay Sapphire’s "Canvas", I must admit.

We’re now off to the restaurant with "Meerkat meals" from Comparethemarket.com.

The campaign says that it’s been 10 years since the Russian mongoose landed in Britain. That’s more than 50 in meerkat years! Forget the Sardinia or Okinawa diets – I’ll have what he’s having.

The National Centre for Domestic Violence campaign fills me with satisfaction.

Satisfaction that the state of print or poster advertising is a non-issue. Creatives can make anything work. After Brexit, I even reconsidered the power of bus-side advertising.

Satisfaction that the work was – rightfully – a team effort from both genders.

Satisfaction that the issue is being brought to the public’s attention time and time again.

Our next stop is an NHS England hospital with "We are the NHS". Beautifully shot. The NHS staff does a fantastic job and will always deserve to be celebrated.

We’re now at the airport, thanks to HSBC. Brilliant bit of media planning – the brand is always everywhere. When I first came to Blighty, I even thought HSBC was an airline. This particular campaign is the biggest to date. It’s hard not to make global ads feel dated.

Last, we’ve boarded for foreign territories and it’s all about snaps. Huawei’s campaign is a winner for me. It’s a great product demonstration – innovative, beautifully simple, right for the audience – and is on the right path to start shifting perceptions. Honda did it brilliantly before Huawei. I hope it is as good as it describes it because this campaign is making me look forward to the first AI Private View. Maybe for August 2019?

In the meantime, merry August everyone!

Nike Football "Believe as one" by Wieden & Kennedy

BBC One "Oneness" by BBC Creative