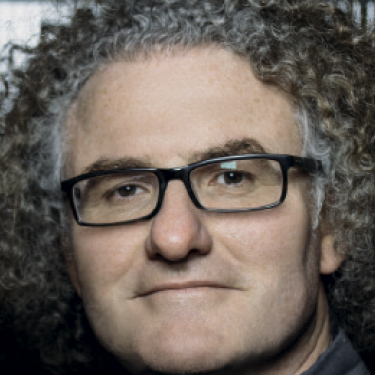 Reviews are always tricky when you have no genuine context or knowledge of the journey the agency involved has been on. So I asked myself four simple questions. Is the work a world-first or trailblazing? Is it game-changing or creating a culturally defining moment? Is the craft next-level? Does the work paint the agency as a creative centre for the world to admire?

Honda (3). A brand I massively respect. Past work has redefined automotive advertising and been impeccable. Here, I am disappointed. This ad is just nice. Nicely shot, nicely written, nice thought. But who wants to be just nice? There’s nothing wrong with it but, through my lens, this doesn’t feel in the same league as those wonderful pieces from the past.

Deliveroo (1). Like the energy. The human "Insta" look helps to convey freshness and a good, honest vibe. Does it do it for me? No, but well done to Deliveroo anyway for not going down the usual tired route in online food-delivery services. If I were the agency here, I would have helped Deliveroo create that killer innovative edge instead of doing this ad. Do it via a rev-share on the idea so all parties can benefit and buy a new house or yacht with all the cash that would come in.

Yorkshire Tea (4). The clever use of Yorkshire celebrities is a nice touch. Have we dived too deep into the Yorkshire pigeonhole here? Maybe, but I did smile so it’s fittingly populist and would go down well with Middle England. Middle England obviously doesn’t care if it meets my benchmarks. But I do!

Time to Change (5). Difficult brief. It has public body written all over it and well done to the team
for actually getting an idea in the mix that probably had to survive countless stakeholders that, in all probability, wanted a say. Again, it’s populist and people of a certain age will find it amusing. Personally, I wouldn’t have gone down the mass-reach route and would have found a different way to connect with the audience. It’s such a personal issue and deserves a personal solution. Maybe a world-first AI or in-browser solution that could help identify borderline individuals and nurture them towards help before they even know they need it. You can detect changes in behaviour through people’s use of language and data history. Man, this brief actually has white Pencil written all over it if you look at it in a different way.

O2 (2). My favourite spot. Not just because it references Alice in Wonderland but because it’s
super-simple and the subtext is bang-on for the brief.

The rabbit is a terrific new creative vehicle and a good fit after so much cat love. Just like the original story, we’re introduced to a new character and follow him/her towards the hole – or, in this case, the "O" lock-up. The soundtrack and the dancing lights bit are super-catchy. What’s not to like? But does it live up to the benchmarks I laid down? Unfortunately, not. Darn!

With Brexit on the horizon and our industry slowly coming to terms with the new competitive playground ahead, we should challenge ourselves to address these four questions, or at least one of them incredibly well, in every piece we create. 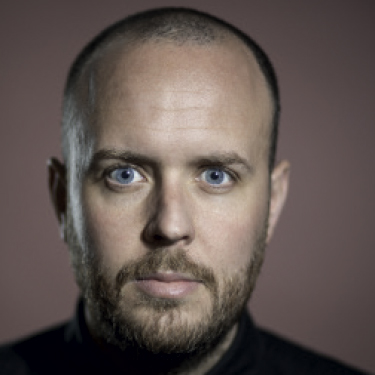 I got a really shitty write-up once. About 15 years ago. It really pissed me off. Still got a copy somewhere.

Which was a shame. Because this column exists to try to make people better. So here’s my effort at that.

Time to Change (5). Speaking of effort. Bravo, Ogilvy. Not an easy subject. But thank you for bringing a fresh approach to the subject. Being there for a mate doesn’t mean you’re soft. It means you’re tough. This spot captures this. Could there have been more grit throughout the execution? Maybe. It could have been even better for it.

Honda (3). Over many glorious years, Honda has set the bar so skyscraper-high that few of us will ever reach it. For me, this spot doesn’t quite make those meteoric heights either. The sound design is breathtaking but, somehow, the cinematography isn’t quite there. I want to feel an overwhelming fear of falling through my computer screen and into the valley below. But it never quite grabs me and pulls me on to the mountain, which I so wanted it to. Maybe the car shots punctuating the action hinder it too. Could these have waited until the end? What the fuck do I know?

Yorkshire Tea (4). Being a Yorkshire lad, it would be sacrilege if I did anything but love this work. Luckily, I love the strategy. The script. The casting. I love just about everything Si & Ad touch. So, naturally, I’m a fan of this work. If I’d been born in Lancashire and not Yorkshire, I might have said I’d have loved a tad more edginess in the execution. Luckily, I’m a Leeds lad.

Deliveroo (1) employs the mega-talents of Harry Baker for this one. Risky move after the sterling success of the London Fashion Week spot. I pray it feels different. I’m not sure if it is different enough. If I hadn’t seen the "Ode to Soho" spot, there’s a lot I would have liked about this: great language and arresting visuals. But this is the first in the campaign for Deliveroo and the idea underpinning this spot is strong enough that future work could certainly beat it.

O2 (2). Great sound design. It really grabs you and sucks you in. It’s atmospheric and the voiceover makes a point we can all relate to. And it’s a rabbit. Who doesn’t like a rabbit?

So. If anybody still has a copy of this in 15 years’ time… stick it in the recycle bin.