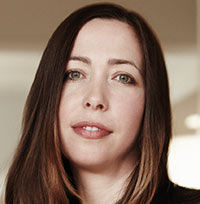 So, I’m sitting comfortably, I have shut the door and cleared my mind and environment of any distractions. Glasses and headphones on, I’m ready to view.

Which is actually quite ridiculous. It’s not 1980 – I will probably never see or interact with any advertising in this way. A more likely scenario is I’m on the sofa, watching Westworld, thinking about what tomorrow holds and purchasing spring bulbs while checking emails.

Getting people to stop and pay attention, let alone be moved to act, is much more complicated than ever before, but the "how" is still the same. Ideas that make people feel something, inspire a reaction, start a conversation, make them laugh, cry, shout and share.

Burberry (2). From the beginning, I couldn’t help getting a little giddy. The heritage story cleverly brings to life the innovation ethos behind the iconic brand and the elegant product placement is enough to leave me coveting Sienna Miller’s hooded coat. I felt warmer towards the brand for watching it. This Australian was left feeling proud to be British. It is a beautiful cinematic spectacle, great track, all immensely enjoyable. Roll on, Christmas.

Tetley (4). I enjoy a kick-ass female superhero as much as the next gal. But, sadly, this is not that and the only thing I’m left feeling is pissed off. I would have liked to think we have moved beyond stereotypes of ditsy women coping with busy working life. Apparently not. Moving swiftly on.

Wateraid (5). I was immediately mesmerised by the raw vocals of the young girl as she delivers Sunshine on a Rainy Day and wanted to love this. It’s always a brave approach for a charity to show the positive, not the negative, but I was left feeling a little flat and wanting more of her story. Would I notice it? Yes. Would it make me donate? I’m not so sure.

The Royal British Legion (1). I watched the films first. The stories were incredibly moving and I enjoyed the twist. The print art direction is beautiful, the portraits by David Eustace are stunning and I love that the type was set on a period typewriter. It cleverly helps change the perception of what a veteran means. And when played out as an interactive installation – on seven monoliths, no less, in Paternoster Square – it will be incredibly moving. Maybe it’s just me, but I did get a little lost in the cleverness. My problem is I’m listening to Jim tell me his story – a very intimate, engaging story – and I’m invested in him. His voice, his eyes, his hands – but then it’s not Jim’s story, it’s Anna’s. So, OK, I get it – not all veterans are old. But I’m still thinking about Jim.

GAME (3). Clearly not a young man or a gamer, but I did find myself having a little chuckle. Maintains credibility with gamers by using an influencer to take a jab at influencer culture combined with great comedic delivery, shooting in authentic "in bedroom" style (thankfully, no funny business going on). A clever retail campaign that serves up an excessive but ironically enjoyable amount of branding and price messaging.

Where the dickens has all the funny gone? When did everyone start taking themselves so terribly seriously? Whatever happened to wit, self-deprecation and, you know, jokes? There are precious few on the telly, none in the cinemas and hens’ teeth are more plentiful in the ads. What could be a more powerful weapon in an advertiser’s armoury than making people laugh? We used to do funny so well – better than anyone else, arguably. And God knows the world needs some funny right now, what with the lunatic tyrants, despotic idiots and murderous psychopaths dumping death, destruction, fear, loathing and hatred all over humanity from a very great height.

Being the funniest person in the room should be what every brand aspires to. But apparently not if you’re Burberry (2). It appears to want to be the most po-faced, tortured and grandiose. It has poured gazillions of pounds of talent on to and behind the screen in the lushest of productions about the inventor of its eponymous macintosh. It’s beautiful, it’s starry, it’s huge. But why so soulless and angst-ridden? I bet Thomas Burberry loved a bit of slapstick, a botty gag or a double entendre as much as the next man, and I’d be more inclined to like him and his mac if he didn’t take himself quite so absurdly seriously. He only invented a raincoat, FFS, not a cure for cancer.

Admittedly, where the next two ads are concerned, it’s not easy being funny about millions of people deprived of fresh water every day, or those brave souls who’ve sacrificed life and limb for Queen and country.

So Wateraid (5) has gone for charming and The Royal British Legion (1) for emotive via a neat conceit. But it’s all a bit predictable. Neither surprise or delight. Imagine if instead they’d used humour. "You can’t do that. Not in a charity ad," I hear you cry. Well, why not? You telling me the kids walking miles to fetch water don’t laugh at each other when one of them falls over, or play pranks on each other to relieve the daily trek to fetch a bucket of water? I bet they jolly well do.

I bet the soldiers in the Royal British Legion ad also like a laugh. Blacker than black, I would imagine. But it would still provide much-needed relief from our compassion fatigue. Everyone in these campaigns is
a hero, don’t get me wrong, but even heroes love a laugh. Real heroes are, after all, usually the last people to take themselves too seriously.

Still, at least they didn’t try to be funny and fall painfully short like the GAME (3) ads. They’re so archly self-conscious about being ads, it hurts. But unfortunately not from laughing. So thank God for Tetley (4) and its Super Tea.

Not the greatest idea in the world. Nor the funniest. But it made me smile. And provided me with some momentary light relief from the insanity of my daily commute. And for that alone, I love them, think well of them and, next time I’m in the market for tea, I’m passing the tea aisle, my trolley isn’t full and there isn’t a gaggle of old ladies blocking my way, I might just pick up a pack. And all because they made me smile. Honestly, that’s all it takes.