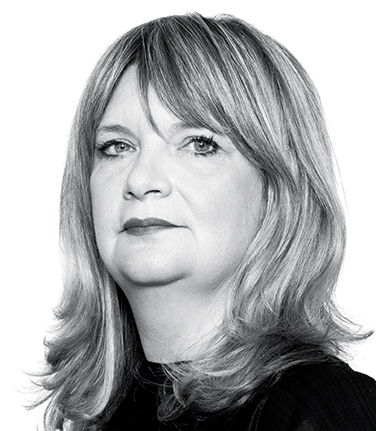 I've recently just achieved half a century. And, nope, I don’t play cricket. Not extreme enough of a sport. In fact, a sign of those years passing is just how bad my jokes are getting. Be prepared.

Let’s start with some retro gaming. To be fair, I was less into gaming in the 1980s and more into white ankle boots and curly perms. But here is the "first 8-bit video game on Insta". What I like about this is that the idea is absolutely true to Three’s fantastic "Phones are good" strategy – get the character through the obstacles without them looking up from their mobile and you could win a phone. Neat.

Slinky toys. Kool and the Gang. Yep, I’m in. "That new home feeling"? Not sure the execution tracks to the insight. Lovely animation, but do I remember it’s for Halifax? Does it give me that new home feeling (surely that’s the new home) or does it give me a great big debt? OK, my opinion may be a little tainted here. My new home feelings have generally been waking up on the first morning and nearly puking at the sight of the still-full boxes.

Next up we have "So stylish you can wear it" for Argos. I’m so glad this is so ridiculous. In a good way. The deckchairs made me laugh out loud. I really hope the demographic is a younger audience. Those of us who have grown up with Argos may not buy it. The idea or the products. Think the client is a superstar to have bought this, by the way.

Tourism Ireland is milking this Games of Thrones thing. And fair play. It’s done the door trail. Now it’s a stained-glass trail. "Glass of Thrones". Six installations. I get it, but there’s so much more to Northern Ireland than it being a set on a TV show, isn’t there? James Nesbitt, for a start.

Let’s stay with another Irish brand – WaterWipes. Made from 99% water and 1% fruit extract. It has launched a series of documentaries called This is Parenthood. The little I saw was sensitively shot. I just can’t help thinking about the role for the brand here. The write-up tells me why it has done it – the brand is sold in 51 countries already, marketed purely through word of mouth, and it "saw this as an opportunity to translate that to the campaign". As I say, I haven’t had the time to watch all 13 short films and the 16-minute documentary. I know I definitely wouldn’t have had time when I’d just had my kids. Hmm.

Right. I’m fessing up. I know all about this next bit of work for L’Oréal Paris. So you may think I’m a little biased. I’m not, I’m just incredibly proud of my cousins. Vogue’s "The Non- Issue" is a brilliant collaboration that shows that age is no longer an issue, with every bit of the content being centred around women over 50. Quite simply, they have pulled off something bloody wonderful.

It’s always hard to find the right spokesperson for your brand. Malaria No More has the man we all love for different reasons, David Beckham. His popularity is universal, and now so are his vocal talents – in this spot, he speaks nine languages. OK, so "deepfake" tech lip-syncs him to others speaking different languages but I’ll always forgive David. Sigh.

Next we have The Guardian’s Underground poster. I really do like the idea. Asking us not to read it but to listen to it. But first I need to notice it. Not sure I would.

Forcing people to eat your famous burger by taking everything else off the menu for the day is very funny. And brave. And risky. Love it. I’d have shot real people asking and being declined. And maybe started in social. But as a promotional idea for Burger King, I think it’s a corker.

When I’m mountain-climbing or snowboarding, my earphones always pop out. It’s a real problem. Or it was. The new Beats by Dre ad deftly shows me that these buds will stay put whatever I put them through. Can’t help feeling this could have been pushed up a few gears. I’ll be doing just that to the old race bike in my next triathlon. 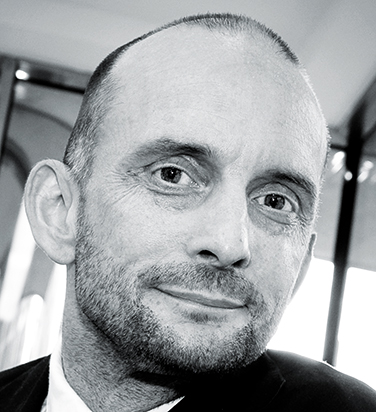 I was listening to a podcast with Johnny Marr from The Smiths talking about the life and times of the band. One of the interesting things discussed was how they knew they had to "gatecrash the mainstream". They understood they had to not only find a unique sound and ideology that leapt out from the pop music of the day but one that had continuing appeal to keep them there. That concept – gatecrashing the mainstream – is entirely relevant to what we do. The challenge is to create the ideas and behaviours that allow brands not only to stand out in a sea of sameness but stay stood out.

Breaking new ground is a good place to start. An 8-bit video game from Three becomes the first interactive game on Instagram. I like that it’s cheekily designed for its gaming-addicted audience to win a phone specifically designed for gaming. It’s an interesting activation, pushing channel behaviour in a different way and I’m sure it will resonate.

Evolving its nostalgia streak is Halifax. It’s a refreshing departure from the film and cartoon icons of old to a Slinky toy that wouldn’t be out of place in Studio 54. It brings to life the sheer joy of moving into a new home. It’ll certainly cut through and it’s deeply likable. But I worry whether there’s enough of a distinctive brand idea for the long run.

From buying a home to furnishing one, Argos slams together high fashion with cushions and occasional lighting to land the idea that your home reflects your personal style. On paper it sounds funny and disruptive. It has fashionista ridiculousness, but it’s not done with enough wit and falls between both stalls leaving me feeling awkward.

Game of Thrones has finally returned for one last bloody hurrah. And to celebrate its role in the production, Tourism Ireland recreates the landmark moments in stained-glass windows. The use of fan search data is really smart. I love its highly visual nature and have no doubt Instagram will be flooded. Although it may only have superfan viewers in real life, I’m sure it’ll rip its way through the ether.

As if David Beckham wasn’t awesome enough, I now find out he speaks nine languages. With them he spreads the message of the devastating effect of malaria for Malaria No More. It’s interesting, but creatively I don’t find it that impactful or shareable. The technology behind it feels smarter than the idea.

If one mega sports star doesn’t quite cut through, surely 17 will? Through a dynamic film they demonstrate that new Beats by Dre earphones won’t budge through extreme exercise. The collision of A-list talent, music and sport should’ve been the best work here today, but it feels tried and tested and potentially quickly forgotten.

Age discrimination is addressed in a collaboration between L’Oréal Paris and Vogue with an edition celebrating agelessness. "The Non-Issue" tackles simply and head-on the lack of representation of women over 50. It’s a good beginning for an industry that has helped precipitate the problem and it’s certainly designed to stand out on the shelves, but I’d like to have heard a more agitated voice.

WaterWipes is a stripped-back product made of water and a bit of fruit extract and feels like it holds a different place in the babycare category. Its non-saccharine take on childcare with real documentaries has a relevant honesty and galvanising resonance. It’s refreshing territory.

A poster written for The Guardian’s news podcast encourages us not to read it but to listen to it instead. It’s visually cluttered and doesn’t grab my attention, which is a shame because The Guardian always has great things to say.

To finish, and back with a real bang, is Burger King. The idea of reinstating its position as the home of the Whopper by giving you nothing but a Whopper, no matter what you order, is ace. The work has an intimidating edge to it and I can only imagine the joy of where this might lead.

What’s good is that a lot of the work is trying to do something different with the creative platform, the brand behaviour or technology. And some of it successfully cuts through for doing so. But whether these campaigns will help brands stand the test of time – well, that’s something for the public to decide.

Malaria No More "Malaria must die, so millions can live" by R/GA London

The Guardian "Today in Focus" by Oliver

Argos "So stylish you can wear it" by The & Partnership London