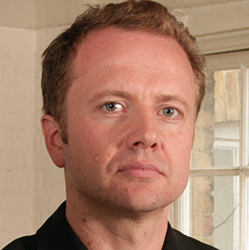 Who’s got the time?

So which of this week’s Private Viewers will be worthy of our precious time? And which will lie languishing in the long tail?

First up, The Black Farmer (4). A Tony Kaye sausage spectacular. Who’d have thought it? But is this two minutes of prime pork or a feast of overly seasoned sizzle? Now, I love sausages as much as the next man – they’ve almost single-handedly saved me from a life of vegetarianism. But, unfortunately, this was a sausage that left me with indigestion 30 seconds in. I’m not good with pretension and I’m not sure the internet is either. Time to move on.

"The Next Rembrandt" for ING (5) had me at hello. A project that explores the boundaries of art and technology. Two subjects I have a lot of time for. I press play and jump in. But no sooner am I in than I find myself watching the time counter, waiting for the project-style film to get going. As I wait for the four-minute film to fizzle out, I’m struck once again by the need for an idea to be as long as it needs to be and not a second longer. Like a good wine, an idea that is given too long to breathe can develop distinctly sour notes.

Burberry (2) has been a constant source of inspiration for many of us over the past few years. It has consistently rewarded me for my time with a series of brilliantly modern projects. So I’m excited at the prospect of its latest big-name collaboration. Three minutes on, I’m left feeling I was probably more excited at giving my time to this project than the big name was. An overly stylised addition to the digital sin bin, I’m afraid.

Until now, every Private Viewing has asked for at least two minutes of my time. So I’m relieved when Lloyds Bank (3) and Google only want ten seconds. This is a simple outdoor idea that geo-targets me with an entrepreneurial message. A simple idea, simply executed. An idea that recognises my context and rewards my time. It doesn’t feature a big-name director or require a sizeable budget. It’s probably not an idea that will trouble the jurors or the ad aficionados, but I have the feeling it’s an idea that will win an audience’s time. Or ten seconds of it, at least.

And, finally, we come to the next epic instalment from Moneysupermarket.com (1). If we believe we’re all in the business of winning people’s time, then this is a cultural gold-medallist. A campaign that consistently proves there’s no such thing as a low-interest category when there’s a high-interest idea. Brilliant, stupid fun. Another bootied outing destined to avoid anyone’s long tail. 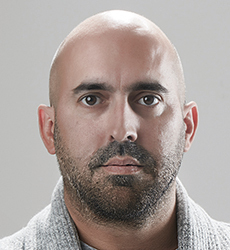 It’s Saturday night. I’m cuddled up in bed with my notepad, on the verge of losing my Private View virginity. On one hand, it’s incredibly exciting; on the other, it’s petrifying. I am no linguistic lothario or copy Casanova like Messieurs Burley and Moira, so what if this week’s ads just don’t get me going? What if I can’t keep my pen up for 600 words? Or, worse still, what if I blow my Biro after a couple of sentences?

Well, here’s to nothing. Pucker up, Campaign – I’m coming in.

And straight away I find myself in the company of another first-timer. The Oscar-winning director Steve McQueen makes his adland debut in this spot for Mr Burberry (2) aftershave. Here, we play voyeur to a gratuitously good-looking couple copping off all over London. Beautifully shot. Yes. Idea. No. Maybe that’s enough for a fashion brand, but it doesn’t make me want to dash down to Liberty and douse myself in liquid tartan.

So far, so good. Pen still poised, locked and loaded.

In the next spot, Moneysupermarket.com (1), for once, actually alludes to what it does for a living – but instead of comparing the mundane, it compares the ridiculous, as three grown men strut their inner Beyoncé in an underground parking-lot dance showdown. And top marks go to Mother for not bringing back the ex-X Factor judge Sharon Osbourne to a commercial where she might have had a genuine role to play. Perhaps they saved all the Botox for the office-worker’s booty.

Uh-oh, the denim hot pants and heels seem to be creating an oddly pleasant arousal… quick, Andy, think of something dull – anything… data… banking… the new Lloyds Bank (3) digital poster campaign. Perfect. So exactly how much of their investors’ money did they spend analysing data, only to tell us that a couple of thousand small businesses are set up every day – a number of which, rather unsurprisingly, are in the country’s second-largest conurbation and founded by people who occasionally use the city’s main railway station? Scooby-Doo, eat your heart out.

Now, call me old-fashioned, but if you are going to hop into bed with a whole load of sexy data, the least you could do is make like Dirk Diggler and go for it. Which is exactly what ING (5) has done – but, then again, it is Dutch. Here, some very clever people with ridiculously big brains have studied banks of data, facial-recognition and geometry to bring Rembrandt back from the dead. Or at least to create a picture-perfect portrait as if painted by the grand master himself. Now there’s a bank I’d rather trust my hard-earned with. Yes, a pretty provocative piece of work possibly only bettered by showing us how to use data to cut off your own ear, like another Dutch master.

And while on the subject of offcuts of gristle, we move on to my last object of desire, The Black Farmer (4)’s sausage – a spectacular piece of film by another grand master who appears to have been raised from the dead, Tony Kaye.

This assault on the senses, while spectacularly overindulgent, makes me think that there must be something pretty fucking special about this sausage. This is one sausage packed with a whole load more soul than pig’s arsehole. This is a banger crafted from Flamenco dancers and morris dancing, black birds and black cats, echoes of childhood, the summer breeze and winter chills. This film is a knackering overload of sensory stimulation, and I have to admit that I’m well and truly spent.

The Black Farmer "this is my soul" by Big Eyes

ING "the next Rembrandt" by J Walter Thompson Amsterdam