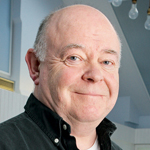 A few months ago, the ECD of one of our biggest and most successful agencies declared that ENERGY BEATS TALENT! He may have been under the in-fluence of the Guru Trott, who had posted the view that Montgomery beat Rommel because he just wanted it more.

Historians might point to Monty’s superior resources and the fact that the Desert Fox was reduced to running his dwindling fleet of panzers on a blend of camel dung and Gewürztraminer. No matter. This energy beats talent thing is gaining currency. It’s behind the rise of crowdsourcing. It’s the sobbing mantra of every tone-deaf X Factor contestant who believes they should win just because "I wannitsomuch". It’s why the initials CD have joined DJ on the CVs of account handlers and brand managers across the land. We are all creative now. It’s no longer about how good we are, it’s about the brightness of eye and bushiness of tail.

Ford (4) has always had talent to burn but it’s been confined to the people who make and design the cars and never really percolated down to the folk who market and advertise them. Can you recall a standout Ford ad? I bet you can for Volkswagen, Honda, Audi etc. Now we are being told to "unlearn" all that stuff we couldn’t remember as a series of lacklustre vignettes remind us that the world has changed. Ford is dutifully acknowledging this by releasing some new models. Asking for reappraisal rather than forcing it reminds me of the comedian who told us he was funny instead of making us laugh.

It’s reinforcement rather than reappraisal for Kit Kat (2) as the brand regroups around a Byron Sharp memory structure thing about breaks. No pandas, no joyful surprises, just some familiar vignettes of people eating the product.

Bartle Bogle Hegarty is one of those agencies that still cling to the old talent-based model and has co-opted some new talent in the form of the Don’t Hug Me I’m Scared animators. Their brief is to create a sonic memory structure (ie. nursery rhyme) around the infant CPR procedure for St John Ambulance (3). Am I alone in thinking the startling execution rather overwhelms the serious message? The Vinnie Jones/Stayin’Alive combo still sets the benchmark for me.

Nike (1) has created an online sitcom featuring one fit and friendless sister and one fun couch-potato sister. Might have been funnier and braver if the second sister actually looked like she needed a gym but, hey, it’s early days. I shall wait and see if the Chardonnay takes its toll.

WaterAid (5) has created an ingenious device that hides on the inside of your gym locker door and asks you if you really, really, really want your £1 deposit back, you selfish, uncaring bastard! So far, the kit has been trialled at Richmond baths. Is this another case of clever creative work reaching its largest audience in front of an awards jury? I fear so.

This may well be my last Private View and I’m sorry to end on this rather crabby note but this energy/talent thing is important. Normally, I’m all for the demystification and democratisation of our process, but talent isn’t democratic. Talent is grossly unfair. Some kids are cleverer/funnier/faster than others despite the educational establishment’s attempts to give everyone a prize for taking part. Talent commands a premium and respect that our business clearly needs to regain. Energy is just a hygiene factor. 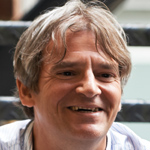 Blimey. What a start to the year. Lemmy: gone. Bowie: gone. That bloke from the Eagles: gone. Elton: bricking it. Add Dry January to the mix and it’s touch and go if our advertising community will ever lift itself from the cultural morass it now finds itself in. One thing’s for certain: the following 600 words for this week’s Private View will not lift a solitary creative soul from the abyss. Not judging by its first 82 words: they’re clearly just filler.

Far from being filler is the "hope locker" for WaterAid (5). Check it out. You go to your local swimming pool. Insert £1 as deposit for a locker (Richmond prices). Have a swim and, when you come back, a clever little piece of tech in the locker calculates a) how long you’ve been swimming for; b) how many people have died drinking contaminated water in that time; c) how much of a heartless bastard you are if you choose to ask for your £1 back rather than automatically donate it to WaterAid. It’s great. Not least because it has suddenly compelled me to switch to capitals and compose the following headline for a Campaign exclusive: NEW TECHNOLOGY CREATED BY CLEVER PEOPLE TO SERVE AN IDEA AND NOT MERELY CREATED BY CLEVER PEOPLE AND SHOVED ON A BRAND SHOCKER.

Back in the less heady world of lower case, Ford’s (4) "unlearn" campaign wants you to forget everything you’ve ever learned about Ford. Bit of an ask, but let’s go along with it. Here’s what I’ve learned about Ford so far. If you grew up in Essex and bought a new one from the Dagenham plant, the wing mirrors would
fall off by the time you reached Ilford. Good luck making me "unlearn" that one.

St John Ambulance (3) asked for an instructional campaign that lets the public know, in a simple and memorable way, how to resuscitate a baby. Instead, it has been given an overly long spot with a convoluted backstory and a reminder of what a good job the British Heart Foundation ad with Vinnie Jones did. This lame homage has caused Nils to run amok and spray people with LifePaint. It could be rage: it could be art.

Planet Nike (1) has commissioned an eight-part series. It’s called "Margot vs Lily". Only the trailer is out, so here’s what I’ve gathered from the content available at the time of writing: it’s not as good as Breaking Bad. Try this plot on for size: Margot is a slacker. A likeable slacker. She has to be likeable because she’s American and this is Nike. Lily, her sister, is a fitness vlogger. We don’t know if Lily works for Nike, but she could do. Maybe that’s the big reveal in episode eight’s season finale. Between episodes two and seven, they have a bet where they swap roles. Think Trading Places minus the moral compass. The result being that Margot is going to get into fitness and buy Nike trainers. Lily is going to get into slacking and fitness and still buy Nike trainers. They’re both going to become a better, more rounded person and buy each other Nike trainers for Christmas. We are going to identify with one of the characters and buy Nike trainers. The series doesn’t get a second season.

And finally, in other news, Cadbury’s Creme Egg – sorry, Kit Kat (2) – has done away with making good ads and instead revealed four different ways consumers eat its product. Snapping, dunking, stirring and… fucking hell, not Wogan too.

Kit Kat "the break off" by J Walter Thompson