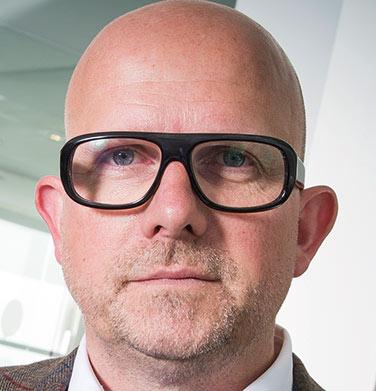 I'm bored. Bored of how toothless, gutless and increasingly anodyne our industry has become. Bored of diversity being prioritised over talent. Bored of creative sobriety. I’m already bored of Lucy, Nils and Natalie. Bored of brand purpose, programmatic media and mid-funnel marketing. Bored of networks and holding companies. I’m bored of virtual reality, augmented reality, artificial intelligence, user-generated content, bots, driverless cars and speech-recognition technology. I’m bored of brands commissioning "artists" to create exhibitions of work with a wafer-thin connection to their product. And I’m especially bored of this relentless fire hydrant of noise endlessly distracting us while the work slowly suffers.

Which reminds me, the work.

Make-up brand Nars has commissioned "artists" to create an exhibition with a wafer-thin connection to its product. Surely, since the breech birth of co-creation, crowdsourcing and similar brainless bum gravy, the most offensive use of it must be the commissioning of "artists" to do your work for you.

The second most offensive use being the commissioning of spoken-word "artists" to read out your strategy in a way you think might get under the hypersensitive millennial radar. If Asos can’t get it past my tatty old windsock of a radar, it’s got no chance with millennials.

Diesel, on the other hand, has always had enough natural anarchy to woo any emerging generation. But it’s missed the mark with "Go with the flaw". It lacks authenticity. The "flaws" in the cast have been applied by make-up artists while the ageing of the "vintage" film stock has been applied by Flame artists.

If anything deserves to be flawless, it’s the new Givenchy website. Overall, it is a thing of beauty. But there are unforced errors in the detail that uber-premium brands like this cannot get away with. The centred copy lacks elegance. It’s overwritten too, suggesting not enough care has been taken paring everything back to only what’s necessary. The UX suffers from this also – it’s just not effortless enough.

All this fashion could get, well, boring. Thankfully, the next garment off the rail comes from H&M. One of the most interesting advertisers around at the moment. Far from sleep-walking into spunking cash on conventional marquee media, it is investing its budget in an agency at the top of its game and magnetic talent: David Beckham and Kevin Hart, Wes Anderson and, now, Naomi Campbell and Wham!. And it’s working – the brand does interesting things, consumers are drawn to the brand. This is advertising in its purest, most admirable form. Not a byproduct of a pre-bought media schedule. But a consequence of a belief that it is creativity that brings brands and buyers together. Not media channels. An example to us all.

Mother’s Moneysupermarket.com campaign is an example worth following too. It’s one of the most defiantly distinctive campaigns of the past five years. Show me an AI algorithm that can come up with Skeletor and He-Man "dirty dancing" and I will happily shallow fry my own lightly buttered testicles.

Looks like Absolut has enlisted said AI algorithm to originate its latest highly polished offering. All the key indicators are there. The journey through time, the populist soundtrack, the gay kiss and, of course, the global-friendly endline ("Create a better tomorrow, tonight") that doesn’t even translate into English.

Meanwhile, in-house at Netflix, the ad team has written a series of 1980s horror posters to promote the second series of 2016 hit Stranger Things. Thank fuck the ad team hasn’t also written the new series is all I can say. 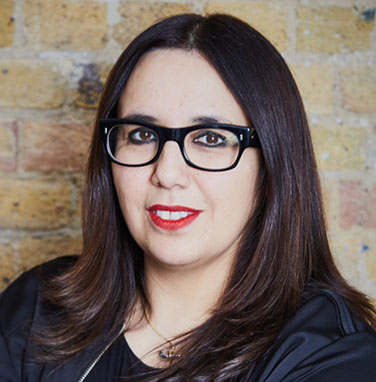 Blimey. This new Private View’s got loads to review. So let’s dive in. A good place to start is Diesel’s "Go with the flaw". To be honest, the title made my bum twitch to begin with. But the minute I clicked play, I knew I needn’t have worried. For a brand that used to mean something and which was at one point cool as fuck, it seems to have lost its way in recent years. Thankfully, this brings back a much-needed sense of Diesel’s tribe and attitude. Exquisite cinematography, unusual casting and a killer tune make you feel the brand again. Unique, original, flawed. I want in.

From Italian style to homoerotic "dirty dancing" with some 1980s superheroes. What can I say. The latest in the Moneysupermarket.com series can’t fail but bring a smile. It’s a winning formula – that epic money-saving feeling has seen an accountant strut in heels, a builder pole dance, and now He-Man and Skeletor go all Johnny and Baby on us. If Castle Grayskull begins to dry up, I’m hoping they turn to She-Ra and her rumba to Come on Eileen.

On to Givenchy, which has created a site ahead of the launch of the first ready-to-wear collection from new artistic director Clare Waight Keller. A lot of the editorial and live features will materialise when her show debuts this October but until then we are teased with a glimpse of the "Transformation seduction" campaign shot by the legendary Steven Meisel. I’m sure things will burst into life when the actual show goes live. For now, though, the black-and-white photos and film do little to nod to the transformation (or seduction) to come. They do prove, however, that everyone – even gorgeous fashionistas – love a good cat.

Which leads us on to Absolut’s "One night", a beautifully crafted homage to the human spirit and the power of ideas. From the creation of fire to Elvis’ gyrating hips, this film illustrates the moments when creativity has fuelled progress. Great read from Juliette Lewis. If I was being overly picky, I’d have loved a bit more punch at the end. That said, a sexy look over the shoulder and a slick Boney M riff ain’t bad.

Next up: "Power Mouth", a female-only art exhibition for the launch of Nars’ new lip product. To be fair, I never saw this two-day "immersive" show so it might have blown me away. But I’m not sure how original or disruptive neon portraits of the female body or kaleidoscope-like images of red lips in a London gallery are, and whether they signal any real sense of diversity or powerful women to a wider audience? Sorry, Nars. I do love you.

From trying too hard to playing it cool, Asos "Go play" is an easy one. Effortless, hip and with a cracking script that pulls together a younger and more individual tribe and vibe. Great to also see a brand investing in fresh, exciting young talent such as the smashing Raine Allen-Miller at Somesuch. Watch this space.

The new season launch of Stranger Things from Netflix pays cheeky homage to classic 1980s horror film posters by recreating them using the stars of the TV show. Great example of understanding what your audience loves, keeping it bloody simple and, most importantly, entertaining. Nice one.

Speaking of brilliantly simple, Ikea brings us an app to help figure out what its stuff would look like in our homes. Which begs the question: why didn’t we have this before?

The penultimate campaign is H&M’s latest fall fashion outing. Beautifully crafted with much sass and sizzle, the sight of Naomi Campbell lip-syncing and busting out to Wham Rap! is utterly compelling.

And we end on "The Compton cowboys" from Guinness. Following "Sapeurs" was never going to be easy but this next instalment about a group of men who have swapped gang life to rescue and take care of horses is just as gobsmacking and unbelievable. The slow documentary style is beautiful and definitely works for longer, more informed pieces. If I were to end on one cheeky ask, it would have been to hear the dramatic drawn-out soundtrack perhaps be changed for something a bit more kick-ass and memorable like its predecessor. I’m nit-picking. It’s beautiful.

Diesel "Go with the flaw" by Publicis Italy