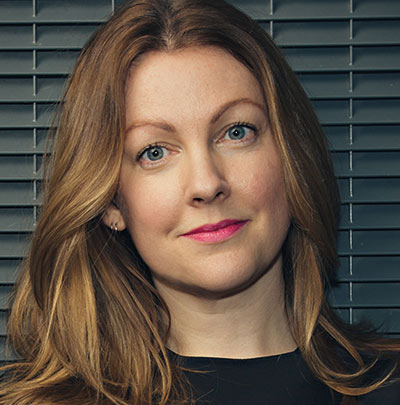 I woke up at 5am this morning. Jet lag. Yawn.

Unable to go back to sleep, I thought it might be a good idea to get ahead of the game and have a look at the treasures that Private View had to offer me this week. You know, take my mind off the whole not-being-able-to-go-back-to-sleep thing…

Thanks, Nytol, playing straight back to me the madness I’m trying to avoid. It’s a too-true idea, bonkersly executed. But, in my 5am stupor, I feel annoyed at it for just holding a mirror up to the chattering monkeys. I’d rather it soothed me back to sleep. The guy on the right, 19 seconds in, kind of made up for it, though. Nice bit of casting, excellent performance.

We Are What We Do was one of my favourite brand names of all time, so when they changed the name to Shift, even though I banged on at them not to, NatWest nicked it as its endline. Cheeky. This film is pretty confusing and a little scary in parts – I’m all about the health and safety when it comes to walking home from a night out on the raz (just don’t). But it is very beautifully shot, nicely cast and I do get the idea that it’s a handy service for people who leave all their stuff everywhere all the time, mentioning no names here… I’m also dead jealous of the little bus-stop snoggy bits. Oh, to be Jackie in John’s jacket again…

I actually quite like the "lighting up wherever you go" idea in this Canon spot. The music is particularly ace. I do like the film, but have to admit I’m bored of the "through the years" narrative. We’ve seen it so many times – we’ve all got at least one of them on our own reel. I don’t think they needed to use that technique as well as the LUWYG™ one, that’s all. LUWYG™ feels fresher, neater and a little Mike Mills-y – that is one dream combo.

I’m addicted to Instagram, especially Stories, so I know these families way better than is socially acceptable. Which means I know far too well when the ominous "#ad" is coming up in the comments. It’s not a great feeling. So I kind of knew this Renault business was going on. Do I love the output? Not really. Do I love that @papa_pukka learned to drive through the process? Yes, I do. Do I want to shamelessly plug the awesome #flexappeal from @mother_pukka at this point? Damn right I do. #ad #hypocrite

Lululemon. Ace gear. Incredible brand. Terrible film. I mean, I’m relatively new to yoga, but I’m pretty sure my yoga sessions don’t fly by like a fast-paced, Los Angeles-based, millennial-packed montage. The exact opposite is true, in fact. Maybe when you’ve reached global domination in the "athleisure" category, you’re not that fussed about the point of your telly ad? 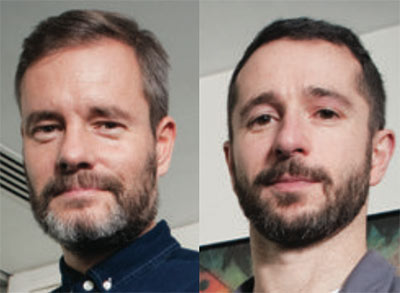 If you want to know why Pixar is the most creative company on the planet, here’s the answer: "The unifying theory of two plus two." It was coined by the man with the world’s most impressive CV: Andrew Stanton, writer and/or director of Toy Story, Finding Nemo and Wall-E. It starts from the insight that we are all natural problem-solvers. We love to work shit out – it turns our brains on. So, in telling a story, don’t give the audience four – give them two plus two. Allowing us to join the dots holds our attention to the story. It makes us feel involved. It makes us feel smart. Above all else, it makes us care.

Let’s apply this theory to this week’s collection of ads. First up is an offering from one of the most unlovable brands on Earth: NatWest. Directed by the consistently excellent Jeff Labbe, it looks great. The edit is slick. The casting considered. As ads for banks go, it’s not half-bad. But just when it starts to get interesting, it over-explains. Instead of letting us work for our dinner, it grabs us roughly by the face and shoves an inedible lump of product info into our gobs. And there, just like that, we stop caring.

There’s a reason it’s two plus two. Two plus two is pretty easy to work out. If you’re a genius like David Lynch, you can get away with the unifying theory of 279,342 plus 98.9876. If you’re making a yoga ad, you can’t. Frankly, we haven’t got a Danny what’s going on in the Lululemon spot.

Renault’s "Behind car doors" employs some professional Instagrammers to lend their manufactured version of happy families to advertise – you guessed it – a family car.

Stories only work if they’re true. And we all know that the only things that happen on family car journeys are terrible rows between Mummy and Daddy that make everyone cry.

The Nytol ad is like a Woody Allen film. Unfortunately, not Good Woody who, in stories such as Manhattan, Sleeper and Crimes and Misdemeanors, makes us care deeply about his characters through a mix of comedy and pathos, but Bad Woody, responsible for Hollywood Ending, Whatever Works and Scoop. To be fair to Nytol, it’s not nearly as bad as those three films, which are all utterly shite.

Can anyone save this week’s batch of ads? Yes. Canon can. Despite the fact that it looks "inspired" by Spike Jonze’s "Hello tomorrow" spot for Adidas, it’s properly good. It’s beautiful and mysterious and full of wonder. Instead of the end, it’s open-ended. Instead of thinking for us, it respects the fact that we might just want to do that ourselves. Its new positioning is "Live for the story". Amen to that.

Advertising today seems hell-bent on mimicking the Kardashians. Show everything, leave nothing to the imagination, assume the viewer is an idiot. True, it may occasionally break the internet, but it also kind of breaks our hearts. Worst of all, it makes people not care and that, above all else, is something as an industry we need to start caring about.

Renault "Behind car doors" by MSLGroup and Publicis London

Lululemon "This is yoga" by Virtue Worldwide

NatWest "We already thought about that" by M&C Saatchi