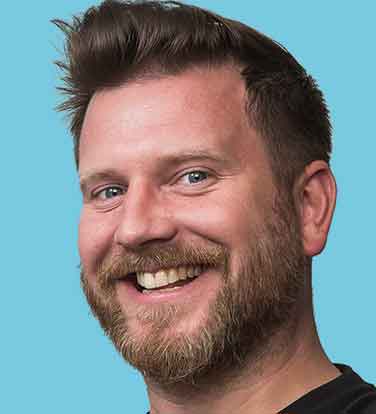 I'm the new boy this time around. Brand new at McCann London; brand new blazer, shorts (that I now realise are too short), tie, pencil case and cap, which, as I look around on my first day at school, I realise all the other cool kids have discarded or conveniently lost.

To compound this, McCann London has just won 10 Lions including a Grand Prix at Cannes…this is truly a world-class machine. And I’m here in shorts and a cap. Imagine that…

First up, we have Domino’s by VCCP. I get the funny construct, and it feels like it could be a sketch on an Ant and Dec vehicle on Saturday night, but I’m struggling to see what it’s got to do with Domino’s. You have a takeaway when you stay at home, but it’s not really enough of an insight is it? On first watch, I thought Jimmy Bullard was advertising a DIY brand.

Next up is another sports spot, Wimbledon "Take on history" by McCann London. So, this was created by my new colleagues at my new home. If you haven’t seen it, do have a look.

And back to football with Beats by Dre "Defiant mixtape, volume 1". It’s great to see a non-sports brand put proper money behind a football ad. This is sort of Guy Ritchie by numbers, right? "Meet Gary, ee’s proper naughtee, ven vere’s ‘arry ‘ere…" Didn’t this all go away with Loaded magazine in the year 2000? Or is this a meta-dig at Russia being politically 20 years behind the West? If so, then a slow, standing clap at almost secret service-style advertising… if not, it just feels remarkably dated. I love mixtapes but this misses the point of a random collection of songs by making each star feel like a cookie-cutter replica of the last.

After that, we have Corona "Wave of waste" by Wieden & Kennedy Amsterdam. I totally get this. However, this makes plastic in the sea look really cool! Woohoo! Plastic waves as extreme sport! Ride the plastic, Johnny Utah! It’s the only way to live, man!

Boots’ "Summer like you’re 7", by Ogilvy UK, is a classic, old-school TV ad. A very nice idea, but executed just nicely. This could have been so much more. The track is great, the idea is great but it was so jumpy I couldn’t work out whether it was one or several families. Oddly, I think this is one ad that would benefit from being much, much shorter.

I like Stonewall’s "Alexa, come out for LGBT" by Mr President. It DOES something. Well done.

And so to Volkswagen’s "Complete confidence" by Adam & Eve/DDB. Now this is proper, classic advertising, although, once again, it just misses the mark. Perhaps it’s the casting, perhaps the lack of interaction between the wife and the protagonist. It’s just missing that vital funny bone, which is a shame, because I bet this looked great on paper.

Now, this may sound a bit contradictory, but Pride in London "Pride matters" by BMB feels a bit too much like an "ad". What do I mean by that? Well, Pride is at its best when it does something – an activation, something integrated that leads on to the next thing, an app. This, on the other hand, is a very nice, very well crafted, somewhat polite story, but I want an action. What is Theresa May going to stand up and say at the press conference? Is she going to start singing Over the Rainbow? Now there’s an idea.

Heineken’s "No compromises" by Publicis Italy is an anti-drink-driving ad with Nico Rosberg. It is a noble cause but, sadly, the execution is so "international" that it’s like a vague vanilla gas, which, rather than engage with, I’m trying to waft out of the way. It feels as if it has been nibbled at by several committees.

Lastly, we have Oasis "Togetherness" by The Corner. Now, I have a sneaking suspicion that only people in advertising will get this – a lovely poke at the higher-purpose BS that so many of us have to sit through. I wonder how many people will think this is real on first watching? Irreverent silliness with just the right amount of awkwardness that these "real" films often try to create. This is exactly what a fruity flavoured drink should be – fun.

Right, that’s me done. The school bell is about to go and I need to make sure the "cool" gang don’t give me a wedgy. 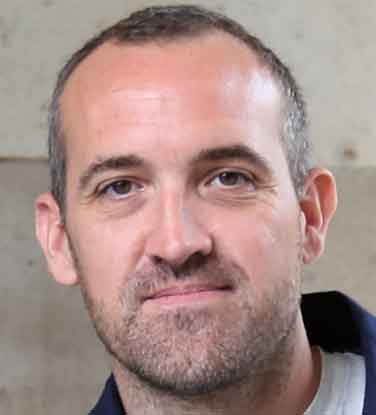 Summertime seems like a good time to "do" Private View, judging by the (long) list of work that hits my inbox. Good things happen in the summer months.

We’ve got films for Wimbledon, the World Cup, motor-racing, Pride, a proper spoof of our (seemingly) purpose-driven industry and a proper purpose-driven campaign. Oh, and an idea for Alexa. There’s a summer soundtrack going on, too, taking in Anderson Paak, David Bowie, Judy Garland and Phil Harris (Baloo in The Jungle Book). Sound good? Keep reading…

Let’s start with Garland, in a two-minute spot for Pride in London. It’s executed beautifully and needed to be, highlighting the challenges still facing this LGBT community accompanied by the lyrics to Over the Rainbow. The tone shifts from despair to hope and defiance. Brave creativity for an even braver community. The ad finishes on the line: "We’ve come a long way but there’s still a way to go." Agreed. But a great place to start Private View.

Next, another idea for the LGBT community. If you need a safe space to ask questions about matters of sexuality and gender, Stonewall has programmed Alexa to help. The voice assistant can point you towards Stonewall’s support resources and help supporters of the LGBT movement to become more informed about LGBT issues. What’s not to love?

On to Wimbledon, the tennis. This spot has a big old title, "In pursuit of greatness: take on history" – yeah. One hundred and fifty years of Wimbledon’s history animated (beautifully) in 60 seconds. It’s nice, and the animation from Smith and Foulkes is lovely, but I bet the team behind this is slightly miffed that the BBC’s World Cup "tapestry", cut from a similar cloth, came out a month before.

Now, the serious business of a hat-trick of World Cup spots. First, a screaming volley from Beats by Dre. Directed by Guy Ritchie (doing Guy Ritchie), voiced by a Peaky Blinder, featuring Paak’s new single and starring Kane (yes), Ozil (yes), Mendy (yes), Neymar (yes), Hazard (yes), Smolov (who?) and more Beats brand ambassadors. It shows four footballers’ personal rise to the top in the face of adversity (obvs). It’s good, enjoyable stuff and Beats has set a high bar for big films ("The game before the game"). This is a little more predictable and it ain’t no Londoner.

Second is Domino’s, the official food of "Staying at home for international tournaments. With Jimmy Bullard" – an ex-footballer, who never got an England cap, and that’s the gag. A bit like Jimmy, this campaign is a good player but not quite good enough. A bit of a bounce off the knee and in.

Third is Volkswagen’s "Complete confidence" World Cup idents, which could be given as an own goal when reviewed on VAR. But that’s just my refereeing; something in the casting and direction leaves me not a fan.

Now to Formula One, with Heineken as our sponsor. An anti-drink-driving ad, starring Nico Rosberg, exactly like the last one, which starred Jackie Stewart and I enjoyed… coming soon, James Hunt. Oh, hang on, he actually did drink and drive and was good at it.

Sticking with beer (always good) we have Corona and "Wave of waste". Working in Shoreditch, I saw this with my own eyes. I like it, it looks good and made me find out more. I watched the film starring Chris Hemsworth and even liked the Hawaiian shirt idea (not for me, for a friend). We ALL need to stop single-use plastics immediately, not just surfers.

More drinks – fruity ones. Oasis and a proper spoof. I’m fond of a spoof and I do like this. The other event of the summer, Cannes, was awash with purpose-driven advertising, some good and some bad. Yes, this may be talking to the industry more than the consumer, but that’s the way to win awards, right?

To finish, an ad for summer and Boots, through the eyes of Livvie, a seven-year-old girl. Boots can help with anything from sunglasses to sandwiches. It feels like the first big ad I’ve seen since Boots moved from Mother to Ogilvy. It’s a happy romp of a spot and cast beautifully. Nice one. Now back to the football.

Wimbledon "In pursuit of greatness: Take on history" by McCann London

Heineken "No compromises" by Publicis Italy