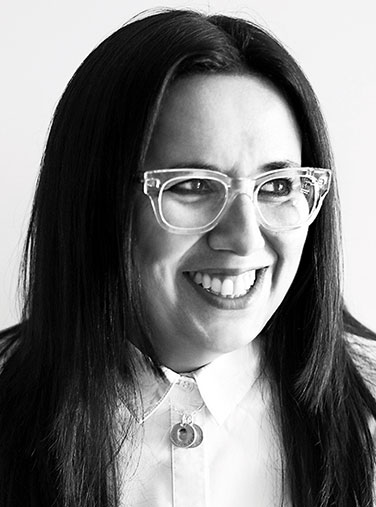 I'm looking outside on a drizzly day on Chancery Lane. I’ve kicked off my colourful Cuban heels and am about to bite into a stuffing and pickle sandwich (don’t judge till you try it!). Been looking forward to this all day. A bit of me time with some new work to look at. Let’s get cracking.

First up is ITV’s "Britain get talking", a much-needed mental-wellness initiative from one of the UK’s favourite networks in one of its biggest shows. In-between performing canines and Stavros Flatley, Ant and Dec encouraged us to use a minute’s silence simply to talk and listen to each other to help our mental health. The campaign also includes break takeovers with silent ads from Oral-B, Gillette and Seat. I was slightly confused by using silence to talk versus people actually talking but I’m nit-picking. It’s very easy to dismiss this sort of thing as a stunt but that underestimates the cultural influence of a broadcaster like ITV. There are more "Britain get talking" hijacks planned to prompt viewers to talk to each other at home and the website is a brilliant practical help guide. A simple idea that will have great long-term impact on how we deal with our mental health.

Next up is PlayStation. Big and epic, this is PlayStation at its playful best. It feels like the launch of a Marvel movie except this time the heroes and villains have swapped intergalactic battle for Barratt Homes suburbia, as they literally drop out of the skies into houses up and down the country. I can’t imagine any gamer not getting over-excited by their favourite gaming character crashing in like this – a brilliant example of really knowing your audience and creating an entertainment trailer equal to Hollywood’s best efforts.

From adrenaline-fuelled to heartfelt and a truly rousing call to arms from the NHS to increase the recruitment of male nurses. I’m a big fan of the NHS’s work over the past few years – there’s a real sense of pride, confidence and clarity to each campaign and this doesn’t disappoint. It should make the NHS and us proud.

Born Free’s "The bitter bond" is an interesting one. The animation from BlinkInk is outstanding, as always, and a testament to true craft and originality. The message is more complex than usual and the twist in the tale does well to explain something not widely known about the exploitation of lions in South Africa. Beautiful and tragic.

Honda is always a tricky one. With such an incredible body of work in the archive, I imagine it’s at once exciting and daunting. This nicely animated film will get Grand Prix fans revved up, I’m sure. But the inclusion of the Red Bull and Aston Martin partnerships makes it a bit confusing and not as single-minded a celebration of Honda’s racetrack success as it could have been.

"No former period, in the history of our country, has been marked by the agitation of questions of a more important character than those which are now claiming the attention of the public." So began the quote 200 years ago when The Guardian launched, and the brilliant essay by current editor-in-chief Katharine Viner that inspired this work. I love The Guardian and everything it stands for. But as well-made as this film is, I’m not sure whether it’s as original or stirring a representation of that opening statement, The Guardian’s values or the sentiment of hope.

On to the Central Office of Public Interest, which wants to draw attention to the damaging levels of air pollution and toxicity in the capital by projecting air-quality ratings on to homes around London. A sweet idea brought to life through crowd funding. But I’d have loved it to have been a bit louder.

From small budget to the other end of the scale and the Diamond Producers Association. Big in budget, scale and ambition, I’m afraid I’m left feeling cold. I’m a big fan of director Ian Pons Jewell and this is an admirable attempt to tell a more interesting tale of three billion years in the making. But the film quickly falls into cliché and doesn’t live up to the expectation that a three-minute blockbuster builds.

From big, back to simple, and the latest from Spotify, which taps into music nostalgia with a reminder that while people’s lives may have changed, their music taste hasn’t. Simple and a nice continuation of the brand’s strong OOH work in recent years. Except I can’t help but feel our lives were better back in the day than now… conference call, anyone?

We finish on the brilliance that is Marmite. I am so jealous of this work and everything that has gone before it. Each time I think they’ll run out of ideas, they come back with something better and more original. This time the ad invites the nation’s biggest Marmite-haters to join a 15-minute, hypnotic mind-control experience that will try to turn them into fans. Just brilliant. A best-in-class example of how to keep creating the best against an existing thought. 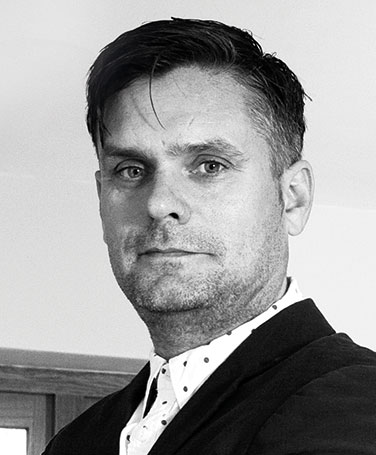 This goes to print post-Brexit deadline. All hell may have broken loose. So I may be wasting my time. But I’m occasionally optimistic. So I’ll crack on.

ITV wants us to do the stuff we do in the commercial breaks in the middle of Britain’s Got Talent: stop watching and chat to one another. As I watched the pause in the show, I couldn’t help but feel like I was respecting a minute’s silence… like someone had died. I couldn’t look away. So I didn’t talk to anyone, no-one on the show did either. There was a silent ad break that ran alongside but again I had to watch. If the ad break just had a blank screen for three minutes, I would have engaged more with the people on my sofa. Still admirable. Still brave. Just feels more about silence than talking.

Jesus, people are evil. This Born Free campaign tells us that most African lions are not "born free". In fact, they are born to be hawked out to tourists then sold to hunters, so some dumbass can add a selfie of themselves cosying up to a lion carcass to their Facebook page. The animation is naïve – you don’t expect anything bad to happen. But a heartless bitch of a lion breeder is on the make. Leo takes a bullet in the heart from the dumbass. In its final moments, the shots through the lion’s eye as it dies made my stomach heavy. Powerful. Humans are at their worst here but the people who made this are humans at their best.

The Central Office of Public Interest has made an app. Tell it where you live, and by lunchtime you’ll have a Foxtons rep valuing your house and you’re on Rightmove eyeing a move to a field in Sussex. It shows your house, and the nitrogen dioxide pollution levels in your kids’ breath on their walk to school. Your next step is to click on "Demand action from your local authority". And you should. There are posters that promote the tool that are OK. But the power is in the tool. It’s great.

This is the agency’s first work for Sony PlayStation. It’s beautifully executed but I feel like it made this ad already, it’s very familiar. But I would say that – we pitched for the brand and didn’t win. I am jealous and bitter.

Honda now. This animation travels through time on the track as its car evolves and goes through multiple successes. Maybe superfans would get off on it. For me, it looks like the title sequence to Formula One Racing on Dave.

Maybe Spotify is the new Honda. Year on year it cuts our musically generated data and serves it back to us in poster form. I think this stuff started in the US a few years back but Who Wot Why has taken it on, localised it, targeted my generation, and it is doing a brilliant job. London Calling to conference calling. Story of my life.

A career as a male NHS nurse anyone? Only one in 10 nurses is male. This spot shows there’s more to it than you’d think. It’s like a mood film of life in the job. I kind of wish it appealed to the qualities of a person who this might be super rewarding for. The mate with caring bones who brings the Nurofen on morning-afters. Or the mate who waits with you on the side of the pitch for your wife to come pick you up because you tore something pretty crucial in that tackle.

The Diamond Producers Association has made a three-minute lavish epic on a Meghan Markle-esque budget. It tells the story of a diamond from creation through history, from one dynasty to another: a constant, while all around changes. It’s a 24-carat idea and a beautiful film. I’m sure it will make its audience feel great about their new earrings.

Marmite. A hit surely? I’m sure the "Mind control" idea will go down a storm. Makes perfect sense trying to turn haters into lovers by hypnotic techniques. But I kind of loved the binary nature of previous Marmite work. You either love or hate. And respecting that fact was its beauty. Trying to change that status feels different but every brand wants more lovers I suppose. Even Marmite.

Lastly, The Guardian. Great brand. New agency. Great work. Hope is power. Here’s hoping all is calm on the streets.

The Diamond Producers Association "The diamond journey" by BBH London

Honda "The finish line is never the end" by Digitas UK

PlayStation "The fall" by Adam & Eve/DDB