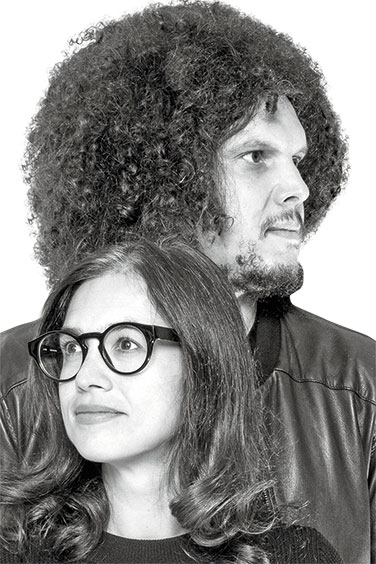 We grew up during the second half of a 20-year military dictatorship, with inflation of 1,000% a year, sitting in traffic for the equivalent of one month per year – so we’re sorry, Covid-19, but you are not gonna get us down that easily. Here’s some Brazilian sunny disposition and relentless optimism for this month’s glorious batch of advertisements.

It’s fair to say that Tesco has been the hero of lockdown Britain. And now it is using its superpowers to drop prices left, right and centre of the aisle. Legend. "Tu-du-du-du-du I’ve got the power."

B&Q’s life-affirming ode to inner strength and self-belief is a thing to behold. And orange is the official colour of optimism, so extra positivity points there.

Glorious Burger King putting out a Pride-tastic poster in the middle of the parade in Helsinki. And we have intel on the ground to confirm that it actually ran, and it’s worked a treat. What a whopper.

Yorkshire Tea is just one minute and 18 seconds of unedited comedy. Where can we buy that teapot? Would be a nightmare to deliver, though.

O2’s bubbly robot is just too cute. Great character design and animation, and what a sweet way to integrate its longstanding trademark. Smiles and bubbles all around.

The Financial Times, always full of wise words, managed to get its important point across without using any. Simple, clever and effective. Hoorah.

On to something that should be talked about with as many words as possible – child hunger. Well done, Heinz, for trying to eradicate it and by bringing it to everyone’s attention through this touching and terrifying tale.

Thank you International Paralympic Committee for getting our collective hopes up for what’s to come in the world of sports next year. The first few seconds are truly gripping – shame they go by so fast.

Lastly, we’re not supposed to talk about our own work but screw it. Ikea’s modern version of Aesop’s The Tortoise and the Hare was two years in the making, so well done to the team for putting this beautiful thing out in the middle of a pandemic.

And that’s that. Have a lovely day everyone. 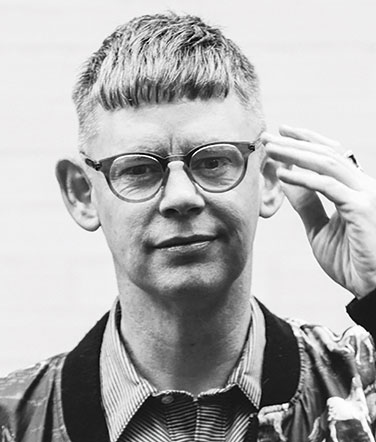 In this month’s ad grab bag, an Aesop prequel, a Kama Sutra sequel, and two brand icons are outed. Let’s dive in.

Evenings that take their toll are also a theme in Mother’s latest outing for Ikea. A beautiful imagining of what happened the night before the hare raced the tortoise, to sell the importance of a good night’s sleep. It’s a tired mattress strategy, given a glorious creative awakening. Full marks to the team, and all who ached over its craft. You had me at Aesop’s Kebabs.

A race of a different sort in a spot for the International Paralympic Committee. With medal dreams on hold for another year, the first half of this ad builds the anticipation nicely. Sadly, the early reveal of the blind runner shortchanges the thinking. The following montage smacks of a client who lost confidence. They needed to listen to the endline and "wait for the great".

Far more satisfying fare to be found at Heinz, with its support of food charity Magic Breakfast. In what could easily have been another tinkly piano lockdown ad, it dodged corona clichés in a sweet story told with storybook charm. It smartly portrays the problem from the child’s point of view, and feels a true brand fit rather than a purpose-seeking sideshow.

Also eschewing lockdown platitudes, a well-observed spot for Yorkshire Tea. The socially-distanced teapot, replete with outstretched spout, is a welcome break in a year of "stay safe, we’re here for you, be well together". Instead, cosy humour and neat takes on office life mean this ad achieves everything Dettol did not.

For those still stuck at home, B&Q offers hope of a better life. Home-movie footage captures the ups and downs of home improvement. Happily, the fairytale is punctured by splinters, splashed paint and slammed doors. I like the confidence of the brand name left unspoken. I finished the endline in my head. (Very DIY.) But is this Uncommon spot going to land with common folk?

Playing its populist card with renewed vigour, Tesco Clubcard finds a real reason to stay in our wallets. Skipping the mess of money equals points equals a fraction of that money off, this cuts straight to the discount. It’s quick, clear and gives the scheme visible value on the shop floor. The real superpower of this idea is in the strategy.

Almost at the bottom of the bag. Financial Times is the weakest of the month. A compilation of world leaders left lost for words is rounded out with the oddly rude suggestion that you’re probably flailing too. But it’s OK, the Financial Times will see you through. Good money paid to insult its readers.

Somehow ending back where we began, the McWhopper crossover reaches new levels in this passionate embrace by TBWA\Helsinki for Burger King. The king and the clown snog in an image that left this gay queasy… but also delighted to see a Pride ad not resting on its rainbow