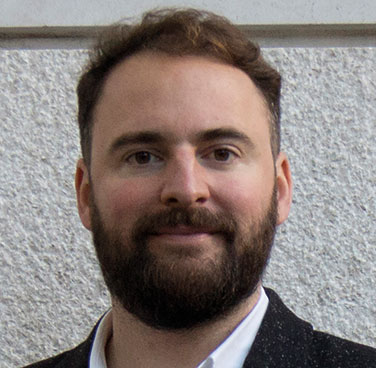 Sit back. Relax. Slip a shoe off. Pour yourself a Hennessey. Throw the shoe at the light switch. Too dark? Then light a scented candle. Close your eyes. Stick a flan in the oven. Now let’s review some motherfucking ads.

Knorr has invited me to eat my Instagram feed. I was saying just the other day that I love Instagram, but I’ve always struggled with the fact I can’t eat my feed. Finally, I can. Knorr promises to give me a recipe based on my Instagram feed. Can you imagine the sort of ass-hat that would invite you over to dinner and serve you a meal based on his Instagram feed? No need to worry though, the app doesn’t even work. I got: "Oops! We couldn’t read your feed. You can still discover a rich world of flavour."

BBC Three has redone "Perfect Day" very, very well. I’m basically one big goosebump. Technically a goose. A goose honking, hissing and spraying faeces all over the office out of respect for this ad.

McVitie’s has made a fucking beautiful animation about a lonely man up in a crane, forced to watch all the lads have fun without him. In many ways, it’s a big-budget analogy of my time at school. Only the lads in my story never gave me a cup of tea at the end. They urinated on my cricket bat. That ending wouldn’t have made any sense in this ad.

Ovo Energy. What a brilliant TV ad. The music! The anger! Feels nothing like an energy ad. I ran over to the window and screamed "I’m as mad as hell", forgetting I live directly opposite a primary school.

Get your verruca socks out because E.ON has turned the world into a public swimming pool. It’s a big, beautiful production. If it had been set at my school, you would have seen everybody having fun in the water and then me being forced to practise breaststroke on the cold, wet floor like a lost frog, because I had a "screw kick".

Next is a creepy ad for a VR necklace. I love anything set in an imagined future so if that came on TV, I would be licking the screen faster than you could say Rutger Hauer. Turns out it’s an ad for a Channel 4 show, which I’ll definitely watch now, so you win Mr Advert. You win.

You know when you were a kid and everybody had a Lacoste shirt and you really wanted one and your mum said: "OK! I’ll get you one." Then she gave it to you and you were like: "What’s this?" She said: "It’s a Lacoste top." And you said: "That’s not a crocodile, it’s a snake in sunglasses." And she said: "Oh, what’s the difference? They were half price at the market." And then you kidded yourself that it was OK, wore it to school and everybody urinated on your cricket bat? Well, Lacoste has made a load of knock-off Lacoste tops featuring the logos of endangered animals. It’s a sweet idea but I worry that 30 limited-edition vaquita shirts won’t make a blind bit of difference to the 30 remaining vaquitas.

Amnesty International UK has put real families in glass boxes around town to show that simple family life is what a refugee craves. I would definitely go and look if I saw one. I instantly want to know how they go to the loo? My worst nightmare would be to be imprisoned in a glass cage on the South Bank with no access to a toilet. Eventually being forced to piss into an Evian bottle in front of a crowd of tourists while my daughter stares on confused.

Finally, Apple has funded a fantastic ad for Spike Jonze. It’s totally amazing. Advertising isn’t that difficult really, is it? Just find a genius that your audience love and give them a few million quid to "do something". Why do we make our lives so fucking complicated? 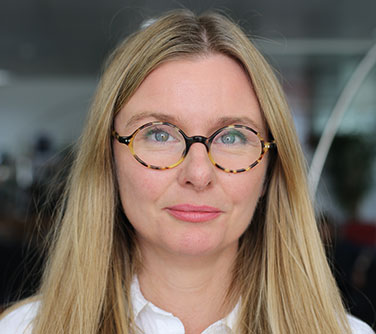 It's a very strange feeling to watch extinction play out in real time. Ogilvy tried to help find Sudan, the last male northern white rhino, a mate last year through a Tinder campaign. But the human forces that drove this great species to extinction proved too great. The good news is that lots of the multinational conglomerates and brands that played their part in the plundering of the planet are now waking up to the fact that the vast majority of the Earth’s population do care passionately about what happens to our small, blue spherical home.

Brands such as Lacoste are tailoring their products and messaging to create awareness of the issue of extinction. In a new initiative, it has substituted the Lacoste croc with different endangered species around the world. Knowing how preciously brands guard their logos, this was no mean feat by the agency. Advertising does a good job generally of raising awareness. That’s the easy bit. But now brands need to be activists too. So I’m interested to see how Lacoste follows this up.

Energy providers have been on the naughty step for a long time. "Green" energy packages were always at a higher rate than the regular dirty ones, putting them out of the price range of most ordinary folk. So it’s great to see Ovo Energy and E.ON making sustainable energy more mainstream and not just for the tree huggers like me. E.ON has launched an air source heat pump technology, whereas Ovo is launching a movement. They are both utterly gorgeous films to watch. E.ON’s heat pump thing leaves me confused though. How does it work? Does it want me to buy one? The water in the streets was heated with the device but I know this only through the accompanying blurb. Ovo, on the other hand, leaves me feeling energised and fighty.  Like I want to have a sharpener on the cobbles with a big-energy fat cat. The track does a fab job of that. Right, now I’m all het up, what do I do? Again, keen to see how Ovo follows this up.

Amnesty International UK has done much powerful work over the years that has brought about change too. But the campaign for uniting refugee families failed to connect. (Maybe I need one of those Azana Bands from Channel 4.) Where the strategy and execution have parted ways is in failing to realise that it’s the almost intangible interactions that create a family dynamic. Stuff you don’t see when you simply put people in a glass box.

BBC Three has recreated the wonderful 1997 Children in Need "Perfect Day" video, which was in itself a recreation of the Lou Reed original. It’s authentic, open and honest – all the qualities BBC Three’s fans appreciate. But the 1997 spot caught the imagination of a nation. A tough act to follow.

Another journey down memory lane, this time with "Epic Action Man" from Moneysupermarket.com. This brand has done that rare thing in today’s world of fragmented marketing and created a big, populist ad campaign. Not middle-of-the-road, inoffensive populist, mind you. The pole-dancing builder and twerking businessman made some people very cross. Which is even funnier. Action Man isn’t "out there" in quite the same way but I love it. And so will men of a certain age with a penchant for 1990s high-energy disco.

McVitie’s and Knorr both have to defend their brands from own-labels, a constant battle. McVitie’s has chosen to do so with a charming spot featuring a crane operator and a tea break delivered via a steel girder. It’s not going to get the kind of cult following "kittens" did but it’s a sweet story. Knorr has used Instagram data to serve up recipes based on your favourite destinations and dishes, as featured on your feed. To bring it to life, I’d also try some experiential engagement activity too.

Since I started this column on a downer, a parting bit of cheer. It was a real pleasure to review all the work this week. From visually stunning work such as the new Apple spot with FKA twigs to the Ovo call to arms. Not a stinker among them. The UK’s creative people are its greatest asset and we should protect our most precious assets accordingly.

Knorr "Eat your feed" by AnalogFolk