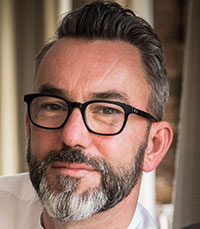 ’Twas five weeks before Christmas, when all through adland,

Agencies vomited tinsel upon every brand.

All the cute clichés the season may give.

Seduced by such nonsense (I do shit you not,

I’m moved close to tears by the corniest plot)

I drew near the Private View that lay ahead

Whilst visions of sugarplums danced in my head.

The first out the bag was (of course) The John Lewis (1);

Whose heartbreaking narratives often undo us.

But this year I found, to my true surprise,

Who buy cheap alarm clocks for their sleeping bears.

Instead – what is this? A leaping hedgehog!

A bouncing badger! A trampolining dog!

I did not foresee that – it’s a quite different mood

Mining joy as opposed to the sadder sensations.

And I do have to admit a sneaking relief,

That JL have forgone their usual leitmotif;

It makes a nice change to bigsmile out loud,

And at Christmastime surely some fun is allowed?

A festive rejection of miserable gits.

With nary a hint of Christmas in plot.

This throws a curve ball at my column’s contrivance,

But for Christ’s sake allow me some poetic licence.

There’s the outcast from 1D all out on his lonesome.

It’s a fun enough piece, if constrained by the budget,

And at this time of year who am I to begrudge it?)

Debenhams (4) have anthropomorphised their gifts

That I can’t bear to linger too much on the ad.

I’ll move swiftly on before it makes me sad.

In Xmasland Boots (5) have gone all sincere,

With "real women" treated with new make-up and hair.

Now much as I understand such sentiment,

And I’m fully aware of how well this is meant,

There’s something oddly archaic about such malarkey,

And it slightly reinforces the sexual hierarchy.

Who all work their way through the festive all-nighters,

Are just slightly demeaned by the powder and paint.

Inadvertent, I’m sure – but "#LikeAGirl" it ain’t.

That’s it, that’s me over, my doggerel is done.

So over and out from NW1.

To all those who hang ’round Greater London House –

The models from ASOS, the agency mouse,

The tramps, the crack addicts and the nutters who bite –

"Happy Christmas to all, and to all a goodnight!" 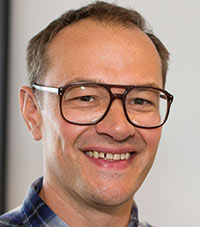 It’s Christmas. A time of year when we should think of others and even feel sorry for some. I definitely feel sorry for the John Lewis (1) crew. "What the #!%$ are we going to do this year?" they asked themselves on 1 January 2016. First-world problems.

I don’t need to describe it because you’ve seen it and, as you know, we’ve come down to earth this year with a bounce. I’m going to be honest: it’s not my absolute favourite. But to be double-honest, that doesn’t count for anything. There’ll be millions of people who will love Buster and continue his story. Don’t get me wrong, it’s still on the greatest-hits album – it’s just not the one I would play first. It will no doubt be a great success and they will probably even manage to pull off the impossible: selling trampolines in the middle of winter. All we would have to do is put the ruddy thing up. I’d like to see that story continued too…

Next up, Hostelworld (2). Who to feel sorry for here? The neighbours, of course. But, let’s face it, when you’re having a party as good as this one, who cares about them? Everyone "appears" to be there and there’s a gag a second – David Guetta is playing the tunes, Adele is knocking on doors saying "Hello" and Justin Bieber is feeding Ed Sheeran ice-cream. Proper bezzies. Well, I’m up for a party like that and I’m not even the target market.

Now with Debenhams (4), I’m feeling sorry for those agency folk again. It feels like they had to show the product all the time. And when I say all the time, I mean all the time. There is something odd that happens when you do this. On the positive side…

I am left in no doubt what the Jasper Conran bag looks like.

I am left in no doubt what the sparkly boots look like.

I am left in no doubt what the holdall looks like.

But, on the downside, I am also left in no doubt I won’t be shopping at Debenhams this Christmas. Shame. Because I defo would have done before this came out. Perhaps it would have been a little better to tease me some more. You know… entice me in; you know… be subtle. No? No. OK.

On to Boots (5), where we’re being asked to feel sorry for those who work at Christmas. Of course we should and there is a lovely idea here – I just felt that the story of giving those hard-working people a makeover couldn’t quite be done justice in 60 seconds. No doubt it is all fleshed out online. I just hope that people are intrigued and touched enough to find out more.

Hey, but hang on… We don’t need to feel sorry for the guys in the Asda (3) ad. It’s simple, well-observed and happy. They’ve got the right idea. An elderly couple have seized Christmas Day by the jingle bells and dressed up in their crazy jumpers. On checking themselves in the mirror, she asks her husband "Is this too much?" To which he replies "No such thing as too much" and strides into the party on a mission to get shit-faced. I’m with you, guys. Sometimes it’s just best to go for it at Christmas.

Have a good one.