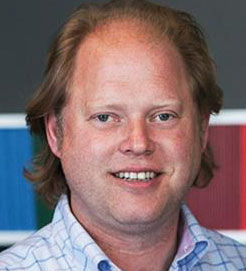 When I started in advertising, every agency wanted a beer account – and not just because it meant a well-stocked bar and a chance to conduct regular "research". But because we grew up with beer commercials being some of the best-loved advertising in the world – Castlemaine XXXX, Heineken, Carling Black Label, Guinness, John Smith’s… I could go on. You couldn’t walk into a pub without seeing familiar, much-loved friends lined up along the bar.

So let’s start with the two beer ads this week. I say beer ads, but one is actually a social experiment. I am certainly not against social experiments as a marketing tool and I dare say, with Cannes on the horizon, we have all seen a few in recent weeks. And it’s fair to say there are some nice moments in this Heineken film, though the perfectly contrasting points of view and the neatness of dialogue make me struggle to believe it’s real. But my niggle is not the execution or even the observation that, if we talked more, we would find common ground (nothing wrong with that for a beer brand). I’m not sure it makes me connect with the brand in any way.

As a piece of marketing, I think Carlsberg is better. Not necessarily as a piece of creative work but I’m drawn to the Danish provenance. The concept of Danish happiness and hygge may have up and come but I think the Mads Mikkelsen character has the potential to become interesting, so let’s see how it evolves. Perhaps this is the start of a strong long-running campaign, but there’s not enough creative cut-through yet. It’s a little too didactic for me.

By contrast, GiffGaff doesn’t shackle itself with rational arguments. Or gravity, for that matter. And it is stronger for it. I like the simplicity of the message and the unfettered exuberance of the idea and styling. It says a lot about the brand, without actually saying that much. And that’s always a neat trick. There is a touch of "Impossible dream" about it, but that’s not bad company to keep and Who Wot Why certainly has hunting rights in that creative territory. It doesn’t quite hit the same creative peaks but I can’t help but like the ad, and the brand, for it.

Now on to BT. I’m a fan of this campaign. A guilty pleasure, maybe, but BT has a rich tradition of advertising using celebrity endorsement, which tends to be warmly received by the nation. It’s not groundbreaking or award-winning advertising, but it’s witty, well-executed and feels right for BT. And that might actually be the point of what we all do.

And, saving the best ’til last like every good creative presentation, we have Lucozade Sport. It’s a powerful and evocative story about success against the odds. And, rather poetically for Lucozade, Anthony Joshua delivered the fairytale ending. It is very well-directed and edited, and leaves me feeling energised. You can’t ask for much more than that in an ad for Lucozade Sport. 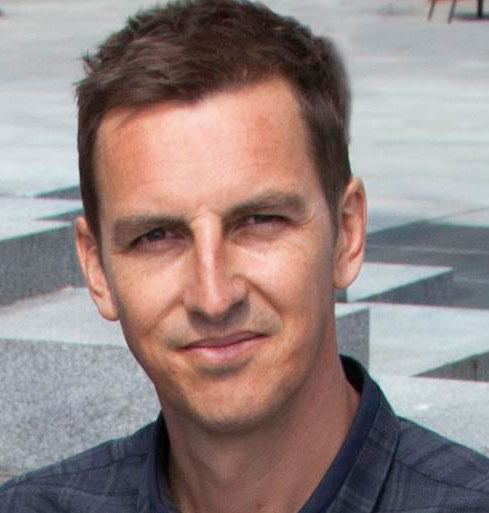 Whenever I meet a student team, I always ask myself the same questions. Are they being brave? Are they trying to stand out? Are they trying something new? It’s easy to forgive confused strategy and clumsy execution. That’s fine – so long as they’re trying. It’s all about the trying.

So how hard are the grown-ups trying this week?

Lucozade Sport is telling Anthony Joshua’s story. Born. Good at sport. Gets in trouble. Lays bricks. Becomes boxer. It’s simple storytelling, nicely shot, but not exactly heavyweight. This film should be as fresh, brave and exciting as Mr Joshua himself. Even before his stunning victory, he was the new king of world boxing, so why not try something new with the film? This was a timely and exciting opportunity for Lucozade to align with true greatness. It could have been really special.

"Do us something about freedom," GiffGaff said. "How about a space-swimming woman?" they replied. A girl (who?) swimming (wot?) around space (why?). It’s brave. It’s different. It makes just enough sense. Nice touches all the way through. Brilliant. There’s just something wonderful about being shown something familiar (in this case, freedom) in a way you’ve never seen it before.

Drum roll. Carlsberg has a new campaign. Now this really is the perfect moment to be brave. For this Danish brand, they’ve got a Danish spokesman (Mads Mikkelsen) telling us why the Danish are happy. Probably flew through research. Not so long ago, I would have thrown my mum under a train for a Carlsberg "probably" brief. But, here, they seem to have traded great for good. This is a campaign that no-one gets fired for. I mean that in a mean way.

Heineken has created a social experiment proving something or other about how people with differences just need to get to know each other and have a beer. Five years ago, this would have been brave. Not any more. But at least it isn’t just another TV ad. For me, it’s all way too contrived. I frowned all the way through it. That’s a four-minute frown.

Last, Ryan Reynolds stars in another spot for BT. I guess this is one of those campaigns where it’s hard to push things. Reynolds delivers amusing lines and says a few things about BT Infinity. Maybe that’s the best we can hope for.

I’m not sure what I’d say to that student team if I showed them this week’s crop. Especially when four of the five campaigns looked like genuine opportunities to try something brave, new and different. I suppose I’d say Giffgaff proves it really isn’t that difficult to stand out.

Carlsberg "The Danish way" by Fold7

Giffgaff "The big swim" by Who Wot Why