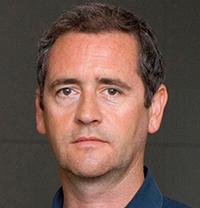 I read somewhere recently that only 7% of UK ads are remembered and only 4% of these are actually liked. Now, I’ve not done the numbers on this but it would seem that this is not a dissimilar proportion to what we might find among those looking to write a hit song. Hold that thought as we look at this week’s new releases.

Tesco Mobile’s "Family dramas" is nicely shot and fun to watch. And, like all decent tracks, it bears repetition, which is good, for it may take a few plays to get the point of the commercial. The message is thrown away in a quick voiceover at the end – which, along with poor branding and distinctiveness, means it’s like one of those songs from someone who came second on The X Factor three years ago. Or James Blunt. Not unpleasant but quickly forgotten.

The first time I saw Moneysupermarket.com "Skeletor", I was left open-mouthed. Ultra-fresh, mind-searingly distinctive, brilliantly branded, piss-your-pants funny… they’ve done it again. I’m aware that, like music, what I like and what you like might be two different things. But no-one can argue that this isn’t another cracker from the Shoreditch Hit Factory. Yes, it’s incredibly different – anarchic, even – but it’s following some simple and well-worn rules of great TV, which, with the help of previous ads in this campaign, has meant this brand has smashed the competition off the stage. Something Malcolm McLaren’s Sex Pistols knew all about.

"Tomorrow is only a day away", according to HSBC. It’s nicely shot and edited but, for me, it’s predictably scripted and scored. HSBC does mortgages in a day – that’s a powerful proposition. Yet the ad seems to imply the process is going to be fucking knackering and will take an absolute age. Ads like this are starting to look a bit 90s. Like Mariah Carey’s recent outings.

"The process" for Dole feels kind of like it has done a Honda for frozen fruit, only with more humour. Cool. I quite like this, I have to say, and the writers look to have found a nice, quirky tone for a fairly mundane bit of FMCG. Another decent track from Nick Cave & The Bad Seeds.

Virgin Media’s "This is Virgin fibre" starts off great for the first few seconds and certainly grabs you by the balls, but then a predictable track kicks in and we get the whole thing repeating itself for at least 30 seconds too long.

It’s certainly ambitious, which is laudable, and I imagine the agency producer is currently taking a little time off to recover from all the stress of avoiding lawsuits around the character representation. But I don’t get the ending with the Virgin engineer when he says "Nah". Was he going to stick it in his ear or somewhere else? Maybe something was lost in the edit discussion with client – who knows?

Ultimately, putting all the people from different movies and entertainment together in one scenario is a common script construct for quite a few TV channels and internet providers I’ve seen over the past few years. So, after a promising start, it didn’t go anywhere for me. Not unlike a lot of Coldplay’s output over the years. 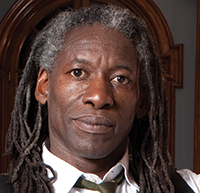 I’ll start by saying that, although I’m honoured to be asked to do this again, I personally hate reading other people’s views about ads. It’s almost impossible to not sound smug. And I know how hard it is to get TV ads made, especially with budgets getting cut. So I apologise in advance if I offend anyone.

The Tesco MOBILE ad is likeable and works well at communicating the attributes of the brand. It’s a nice slice of family life that isn’t shoehorned in at all. But I have to be a critic here and, for me, it’s a bit "wallpaper" – not particularly memorable and doesn’t make me want to watch it again. It’s a bit clichéd at times too. A benchmark my old partner Al Young used to use for ads was: "Does it make me wish I’d done it?" I’ve got to admit the answer’s no.

Next up, Moneysupermarket.com. I’ve liked its previous work and it has obviously got to try to up the ante, which is why it has now gone with "Skeletor". So it makes sense. I just don’t find it funny. Big Train did a great sketch years ago with Ming the Merciless at home doing the hoovering etc, which was more
lo-fi and cost a lot less but was hilarious to watch. I know how difficult it is to make something original,
eye-catching and watchable when the previous work has been so strong, but it has failed to do that here, unfortunately. It’s better than most clichéd ads, though.

The HSBC ad is well-shot and communicates the benefit really well. It makes the brand seem trustworthy, which is pretty difficult for a bank these days. However, I’ve got to say that, in the deluge of commercials and alternative distractions, this feels too recessive. For a nice story, it needs to pull more on the heartstrings to really have memorability.

The Dole ad intrigues. I like the strange voiceover, although it’s a bit unclear at the start. The ad feels grandiose initially – comparing fruit to the beginning of time is very bold. But, for me, it feels a bit flat. It led me down a strange path and just left me there. Ultimately, an ad for frozen fruit should make you want it. This ad doesn’t make me want it at all – especially the line: "You did a smoothie." That just sounds wrong!

Finally, Virgin Media. In previous ads, it has felt like Usain Bolt was just bolted on (pun definitely intended). This, though, is great. It’s Virgin meets Mad Max. It’s intriguing, there’s lots going on and it’s very rewatchable, which an ad should be. It’s dense with ideas that you might miss on first viewing. I also liked the reveal – that all these characters are travelling down a wire. It culminates in an ending that really communicates getting all this entertainment. Although I don’t have green-eyed envy, I do wish I’d been lucky enough to work on this. It looks like it would’ve been fun.

HSBC "Tomorrow is only a day away" by J Walter Thompson

Virgin Media "This is Virgin fibre" by BBH London