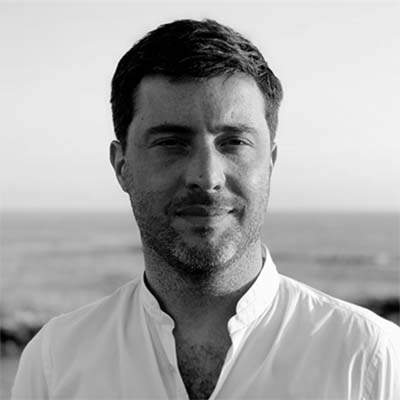 And just like that, summer collapsed, all at once, into fall. Well, except that we haven’t had a summer, or any of the season's promised heatwaves. So, I’m secretly hoping that September will bring the goods and give us that much-needed Indian summer of warmth and sunshine. I’m also hoping that the work below will warm up the creative hearts of our ever-hard-working industry. I’ve got my shades and factor 50 ready. Bring it on! 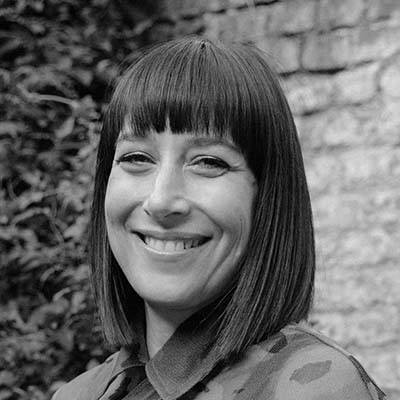 I’m currently on vacation with my family. I didn’t realise that would be the case when I said I’d write this, but turns out it was perfectly timed. You see, I’ve been going on holiday with my family for almost 40 years (not giving my exact age away) and I’ve spent at least 20 of those years trying to explain what it is I do for a living, with very little success. So, I thought, what better way to get them to understand than by showing them some of the work we make and getting their honest, uncensored views on it? Here, at last, is a Private View with the opinions of a creative director stirred in with true consumer insight, kindly provided by nine consumers to whom I am related.

Foot Locker – 'Back to school' by AnalogFolk

Laurent Simon: First up is Foot Locker’s "Back to school" campaign and, from an executional point of view, it’s well put together. It’s got a voice, a good rhythm and a lovely cause at its heart. As Greta once said, no-one is too small to make a difference. I’d love to see this initiative grow into something bigger.

Shelley Smoler: "I understood nothing about this, how are they selling shoes?" my 70-year-old dad said. Luckily, he’s not the target market. My 17-year-old nephew, who is, thought it was "fun". He said that he had no issue getting the message, but that’s because he was "really concentrating" and thinks it would easily go amiss. In fairness, those titles are quicker than Usain Bolt in an SSC Tuatara. Both generations liked the bravery of a footwear brand stating that shoes won’t save the world.

DWP – 'Somewhere out there' by M&C Saatchi

LS: Somewhere out there is a beautiful film: warm, relatable, and peppered with lovely comedic touches. It makes you think differently about the DWP – as a helper rather than an enforcer. My only question when it comes to the strategy is around topicality: this ad could have potentially run five, 10, or 20 years ago without feeling anachronic. Might it have had more bite and even more relatability if it was more rooted in the global pandemic we’re still living through?

SS: "Quite nice." my cynical sister, who works in a similar sector to this, said. My dad thought it was a little "vague" and doesn’t explain how it helps people find a job, although his job is in engineering, a field in which anything that isn’t explained in minute detail tends to end in explosions. So we’ll forgive his literalness and commend this gentle, relatable film that captures some insightful moments from familiar worlds.

John West – 'Girl on the move' by Havas

LS: Two mountains to climb for the creative agency. Writing a good 30-second spot is incredibly hard [and] particularly when John West has a back catalogue of great creative work as long as a gibbon’s arm. You can see the hard work that’s gone into it, but to me it falls a bit short at times. The best in class for this type of ad is Hovis’ "Miss Chief". And using a French track has nothing to do with it.

SS: Everyone understood this ad very easily, so that’s a plus. It’s a little on the straight and literal side, which pleased you-know-who, but others felt it simply lacked a little creative originality and I kind of agree.

LS: It’s nice to watch an ad that doesn’t show "real people" "in real settings" "doing real things" for a change – with the psychedelic trip this cat is going through, I’m sat here wondering whether this cat food doesn’t contain any meow meow. Watching this epic world of wool and cardboard submarines, I can’t claim any expertise in knowing that this would work in making a cat purr, or lie down for a tummy rub, but if it’s backed-up by data, then I’m all for it. Plus, I love the lyrics and work behind the music. Barking meowing mad. Thank you, Whiskas.

SS: I should probably mention that I have a family of cat lovers (except me, which is why I have a dog), so this was an easy win but nevertheless, this was a clapping crowd pleaser. Everyone agreed that it was beautifully executed with claw-sharp wit woven into it. My research group all agreed that it stood out for a cat food ad. I echo the sentiment and think the music – as single-minded as any feline – adds a playful touch, too.

LS: I know this latest work for Barclays got Pick of the Week but I’m a touch confused as to why. Don’t get me wrong, it is still better than 95% of the advertising out there, but there’s about as much personality to this film as there is in post-match interviews. I will, however, give massive kudos to Papa James for raising two incredible siblings who will go on to achieve so much by doing something they love.

SS: "This is a feature film, not an advert," Mom said. The general feeling from a family that consists of a few die-hard football supporters was that it was a little drawn out. They felt the story was inspirational, but could have been told more succinctly and that it lacked pace and energy. I must interject that I thought the handling of past and present footage was elegant. Everyone thought it was well summed up by the brand line at the end, but that’s kind of the point of an end line.

Dairylea – 'Set them free with Dairylea' by VCCP

LS: Every parent wants to see their kids being curious about life, so the strategic lever for Dairylea isn’t exactly new. Nevertheless, you can see that, creatively, the work was made with a lot of integrity, care, craft and decency. I liked it.

SS: This one was met with a range of single adjectives, such as "cute", "nice" and "sweet", but I could tell from their faces it had worked its charm on everyone except my notoriously hard-to-please brother, who could only muster "at least this one was short". When I probed for a little more insight, they added that it had a sense of playfulness and curiosity and captured the feeling of being a child. I also thought it was well executed and the upside-down end frame was a nice touch.

LS: Oui to the 15. Big. Bold. And much needed from the International Paralympic Committee. The only thing I don’t quite get are the subtle, yet glaringly obvious, references to Channel 4 – surely there’s room for everyone to make a positive difference? Especially when talking about inclusivity. Is this creatively better than the 'Superhumans'? No. But will it have a greater impact on more lives? I dearly hope so.

SS: My family, who as you can probably tell by this stage, doesn’t agree on much at the best of times, collectively thought this was genius. They were impressed by the powerful stat that they learned, coupled by the fact that it challenges stereotypes and reframes people’s perceptions of differently abled people. I love that it does this not only for Paralympic athletes, but the 15% of our society as a whole. This is a powerful message delivered in a delightful film. Nice to show my family what I do for a living looks like when it’s done so well. My engineer dad also loved the pie chart.

LS: This rollerblading tortoise follows the long tradition of dancing ponies and drumming gorillas. While it doesn’t quite match that benchmark, Avanti West Coast added plenty of comedic touches and the track is a real bucket filler. It’s certainly convinced me to come out of my shell and explore more of our green and pleasant land.

So, all in all. I didn’t quite get the red lobster treatment, but I do have nice glow-y tan from you all. Thank you.

SS: Peanut butter, Fleetwood Mac, ice cream and Monopoly – when you’re on holiday with a bunch of different people with whom you share few interests but many genes, things with universal appeal take on new value. This little confection of a film is one of them. Everyone loved it because you would need a heart of stainless steel not to enjoy this. Is a tortoise on rollerblades the freshest, most lateral thought for unexpected speed? I don’t know, but even I, who was ready to kill by the end of these lively discussions, was left with a smile on my face.

It is no easy feat to get my family to agree on something. Good food and wine go a long way but it’s reassuring to know that good advertising is a serious contender.