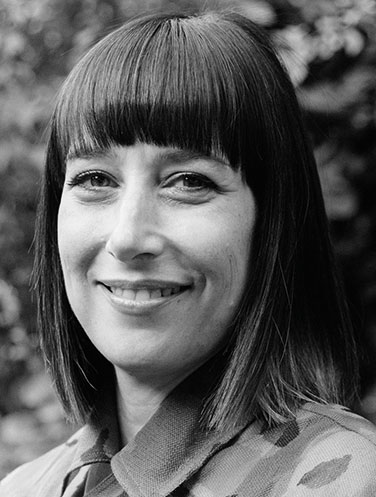 By this stage of 2020, anyone who still has the energy to put on clothes for a video call should be given a medal. To critique the creatives out there making magic under these conditions is a little like holding a competition to decide which spacecraft has returned from Mars the tidiest, or which Covid vaccine tastes best. Right now, just making something is a feat. But seeing as you’ve done your part in maintaining some normalcy in our industry, I’ll return the favour and douse it in my opinion.

Setapp. Are we supposed to do that thing where we don’t comment on work from our own agencies? Because even if we are, I love these.

Gay Times Amplifund. These hit hard. So smart that they chose a black-and-white, type-driven design for subject matter that’s so regularly rendered in full colour. The typography describes the essence of each story, and challenging the unconscious bias that lurks within each of us feels like the right thing to do.

Baileys. Celebrating the real names of the women behind these stories is so powerful. The fact that one of the images was incorrect caused a fuss, understandably. The other "controversy" apparently lay in the fact that the work was produced by an ad agency normally tasked with selling avery strange creamy liqueur. This fuss is the less fair of the fusses: and the avoidance of traditional media and subtle branding give this clever idea the requisite dignity, in my opinion.

Zoopla. There’s something interesting about a real-estate website positioning itself as a brand that understands the true meaning of home ownership. I am curious to see where this goes.

Camden Town Brewery. Look, as a ruse to capture the British public’s attention, "free beer" is never not going to work. But regardless of whether the idea came from the agency or its client, there’s an irresistible element of fun in this colourful animation that rewards its viewers in the most entertaining of ways.

Deutsche Telekom. Phones are good. It’s not a new strategy, but this is technically accomplished, shot beautifully and I think it champions the people it claims to be behind with some sincerity. The scenes of young people gathered close but expressionless as they use their phones are well pitched. So, it’s a shame that, like your dad pulling you out of a nightclub by the elbow, that banal endline brings a reasonably good sesh with Billie Eilish to a disappointing close.

Coca-Cola. It’s a poignant and relevant thought: not taking anything for granted and being open to new things like never before. I just wish it hadn’t been executed as a poem or a montage as this immediately paints it in a familiar light. But maybe Coke has the heritage to go full anthem. It’s sweet and relatable and will probably help shed enough of everyone’s remaining tears to make the world thirsty.

McDonald’s. There’s a meaty insight here about the deep joy the return of our little rituals brings us. There’s a deliciously punny wrapper in the form of rapper Mark Morrison’s paean to his own return. This may be populist, but this brand frequently puts out well-timed magic, and in that spirit, this is a delicious addition.

Public Health England. Let’s do this. Tricky to be picky about a piece of work that has a very serious, functional job to do. The concept makes sense but I think that this otherwise innocuous rallying cry suffers from a pointy finger that occasionally rears up from behind the couch. Maybe I’m just being oversensitive or defensive about the fact that I’m basically a slob. The origami junkfood seems like it belongs to a different idea. But integrating the titles into the exercises wins those craft points back.

PlayStation. There’s something unnerving about how close to real gaming is getting. Big, epic and a sensorial feast, this almost makes me want to buy a PlayStation. I won’t, however, because my partner is a technophile and the thought of one more noisy box subwoofing Marcel (my dogchild) and me off the sofa is just too much to bear. 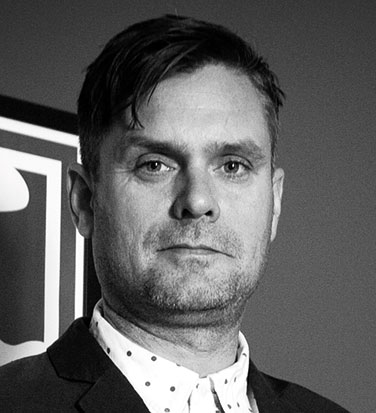 I spent most of the summer hiding in fear behind my sofa while working my way through The Last of Us Part II on PlayStation. I finished it, but I will never be the same again. There’s another money-no-object PlayStation film out now as we head towards PlayStation 5. It’s going for the "feels", the "haptic feels". I’m not feeling it. The narratives of these incredible games are so much more powerful than the technical shit. The spot’s sound design is epic though.

McDonald’s is back with half the tables taped up and unavailable for use. But we are happy. Return of the Mack soundtrack couldn’t be more perfect. It’s joyous. You nailed it. I "drove thru" and was saddened to see that milkshakes weren’t available in the new normal. Took the edge off.

Baileys "Reclaim her name" is very smart. With a budget of less than a second of the PlayStation film, it has republished a collection of books written by women, but originally published under male pseudonyms. I don’t know how many people will see it – but maybe that’s not the point. It’s a great spot by someone, and a brand involved with women’s fiction has owned it. Well done.

So who’s using Setapp? Anyone heard of it? Me neither, but it has some great advertising. Dave K owned Twitter in its week of launch, and quite rightly received lots of praise from his followers, of which I am one. Simple idea about being distracted and what can happen. Hide and seek leaves a young boy hiding for his whole life, just waiting for dad to come and find him. Tragic, therefore funny. There are three spots with variations of greatness. I have no idea what Setapp does, but who cares?

Billie Eilish makes an appearance in some Deutsche Telekom work. I pressed play thinking why is she in this and what is she doing here? But it’s worthwhile. She represents a generation of screen-obsessed young people who are easily dismissed. What do they know about the real world, when they live looking at a screen, is the question posed. And the answer is quite a lot actually. They are forming opinions, joining together to protest about injustices and all that they see is wrong with the world we have made for them. Fifty per cent of the world’s population is under 30 years old, and they’re ready to take over with their own ideals and dreams. I’m almost welling up. It’s powerful.

Public Health England has made a film directed at its boss Boris. It wants him to know that being out of shape, not eating well and lack of exercise open us up to all kind of health threats. I think he’ll appreciate it. We’ve had "This girl can". This is ‘"This chunky bloke can". It’ll take more than an ad to sort out the Boris bod, but it can only help.

Coca-Cola. That lil old thing. This is a brilliantly produced film featuring the words of George the Poet (you may remember him from our O2 spot last year). It’s his take on the new normal… a willingness to not go back to how we were pre-Covid.

I love the attitude… we expressed this thought in a Cadbury film. But that Cadbury film lived in that lockdown moment. It was a moment in time. I kind of think we have moved on from that. If this film came out a month or two ago, I would have sung its praises. It’s beautiful in so many ways. But I think it’s just too late. Everything we have learnt from research in the past months says consumers want to move on from these dark days. And as optimistic and thoughtful as this film is, it feels like the moment has gone. Sorry.

Gay Times has created some print work to show the struggle against discrimination. I think they are a struggle to read, to be honest. They make valid points of LGBTQ+ struggles… but I think they might be more for the typography awards jury community.

A family wants a spare room. So Zoopla suggests they move house. I bet that never crossed their mind. Rapier sharp strategy! But it’s cute.

Covid has given QR codes a new lease of life. Camden Town Brewery has got one on its spot to give every viewer free beer. Result. Every global pandemic has a silver lining.

Setapp "Don't get sidetracked. Get Setapp" by Droga5 London