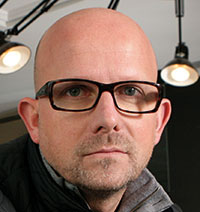 Not to worry, though. According to its latest telly ad, no matter how bad things get, Tesco Mobile (3) "gives you something to smile about". Turns out you’ll pay no more on its European tariffs than you do at home. Nope – at £1.19 to the euro, I’m not even near fucking smiling.

Perhaps the latest spot for V Pure (5) will lighten my mood? It is, after all, a glorified mood film.
Fast-cut and high-energy, we are presented with an endless parade of scantily clad millennials with barely an ounce of fat between them. If only the same could be said of the film. It’s as flabby as fuck at 60 seconds. In my opinion, at least a minute too long.

"Say something nice" implores a number of style-conscious women to rule out bitchiness in fashion in the new online film for Amazon Fashion (4) – they’ve clearly read my Private Views before. I would say something nice if they had made something nice. But they haven’t. They’ve made something horrible. An unforgivable three minutes of disingenuous digital landfill that clings to the bodies of "This girl can" and "#LikeAGirl" like a sad, lazy pilot fish.

I need a drink. A spirit to lift my spirits, so to speak. Fortunately, a shot of Stolichnaya (1) is on hand. Unfortunately, it comes served by the client. Not only that, but they insist on reading out their client brief as they free-pour a 90-second highball for me. It’s desperate measures as every other on-trend drink is summarily dismissed in favour of – would you believe it? – vodka.

Surely, a C-list celeb reminding us what the "C" stands for will save the day? So far, Lotto (2) has served up Noel Edmonds, Katie Price and Laurence Llewelyn-Bowen. This time, James Blunt is apparently buying up Lotto tickets, hoping to fund his new product development: a self-esteem-boosting mirror that sees him sing "You’re bewdiful" to unsuspecting members of the general public. "Don’t let it be him," the call to action urges, hoping we’ll all reduce his odds of winning (and, perversely, our own) by buying lottery tickets for ourselves. It’s all good fun, if a little familiar – "Buy a pint of Heineken or we’ll keep running this ad" comes to mind.

But enough of that – I’m more concerned about what they’re going to call the EuroMillions now. 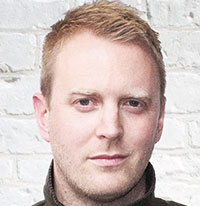 Wow, this is it. The baptism of fire, my inaugural moment in Private View. No biggie, then. Writing this in a building of the stature of 12 Bishop’s Bridge Road, this means something.

I love my job. I love makings things. I also appreciate how hard it is to make anything these days, particularly anything that’s memorable, of value or useful. I’ve also learned energy is finite so when you spend it, spend it wisely. So bring it, Campaign, in all your advertising awesomeness.

OK, Amazon Fashion (4). This is clever and thoughtfully taps into the zeitgeist at a time when trolling, cyberbullying and the effects of recent national and international events are revealing the vicious and divisive elements of society. The work bolsters the feminist movement, encouraging people to support and celebrate each other and their individuality rather than have them slather on the criticism.

But exercise some control – three minutes later and my interest has dissipated. Some smart editing would have made for a more powerful 30-second or 60-second piece. "Say something nice" is working – I’ve read a few of the generous and sincere posts; you’ve definitely struck a chord.

So Stolichnaya (1) is doing everything that an ad in this category should do. Craft-like references, smart type, an understated, desaturated look, irreverent voiceover, individual personality – all brought to life by someone relatable. It’s talking to me, but it’s dull and hard on the ears. And I don’t like vodka, sorry.

Roaming charges are one of the last genuinely horrible quirks of the telecoms industry. A technological hangover from a different time. So using my phone as I do at home – nice. But this spot from Tesco Mobile (3) feels like an ad from a bygone era. The only redeeming moment is the sunburned man for a few funny seconds, which, I’m embarrassed to admit, is too often me.

Unless my micro-research betrays me, this V Pure (5) ad is by one of the directors behind Coco de Mer "X". There’s a superbly primal sonic and visual quality to that work – admittedly risqué, and clearly NSFW, but you watch it (and enjoy it). There simply isn’t enough primal "pure" quality to this. It feels predictable, like I’ve seen it before and seen it done better by the same director and others.

OK… I’d be interested to see whether previous ads for LOTTO (2) prove effective in generating sales, given the increased competition within the lottery and gambling sector.

James Blunt’s a smart choice – he’s a canny social operator who’s happy to send himself up. There are some well-timed comedic moments here (the pseudo creative tech moment), but it’s still advertising for the lottery. Urgh, do we need it?

Nearly one out of five – not great.