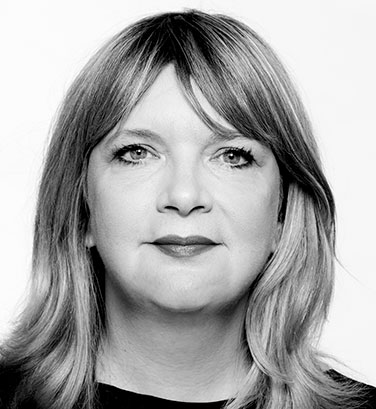 A mix of emotions.

That’s one way of describing the past few crazy months. To be honest, my head has been all over the place. It’s literally buzzing. Some days I think it’s going to explode. And mostly in a good way. If your head exploding can be a positive thing. For example, I’m dreaming some very strange and wonderful things, like I’m Netflixing in Nod. And I’ve got through every genre, believe me.

Anyhow, looking at the work, my emotions are, yet again, mixed. Here’s how each piece made me feel.

Moneysupermarket’s "Money calm bull" is the calmest bull in the world. Because "the Bull’s bills are under control with Moneysupermarket". It’s a grand, and very watchable, production, but my head is spinning, worrying about what kind of bills the bull would need to pay. And what on earth would happen if it got a red one.

"Remember the 72" for Justice4Grenfell is a beautiful, important and thoughtful piece of work. For me, it wasn’t so effective in outdoor, but I totally understand grabbing any opportunity of free media you can get. Ocean Outdoor, Open Media, Jack Arts and London Lites all donated sites. A wonderful example of our industry coming together when it matters.

The Dacia ad took just four weeks to make. It’s a neat little film, but I’m not sure as an audience we should be thinking about how clever the agency was in producing it during lockdown, rather, why should I buy the car right now?

This work for Diesel really touched me. "Francesca" has many moments of beauty and a very Diesel-esque twist. The brand has said before that "individuality, pride and the power to live as one wants, is the ultimate success in life". This film really captures that.

The Vespa work comes from a good place. It’s jolly, not a word I would normally associate with the brand.

Lucky Saint is a new, non-alcoholic beer. The art direction  immediately establishes the brand and is super campaign-able. I personally don’t think you need the line, though, the copywriter in me reluctantly admits.

You get to see a lot of in-game ideas these days. Global Pride’s "Our pride shines on" looks really fun and clearly took a lot of work. I love that there was even a march, and also a Twitch fundraiser on the side. I read that 11 million people play Animal Crossing and the largest demographic is 18- to 24-year-old women. So my only question is why Animal Crossing? There’s bound to be a brilliant reason.

I really enjoyed the LTA "Play your way" film. It made me smile from the start. And any script with the word "cack-handed" in it gets my vote. And the voiceover was just great. This is joyful and made me want to go outside and wallop a ball somewhere. Anywhere.

Talking of excellent voiceovers, the Domino’s "Joy of missing out" campaign has got Mr Simon Bird to do the job. Simon Bird! Simon Bird! I absolutely love him. There’s been a lot of Inbetweeners going on in my house during lockdown. And I’m a bit in-between about this. The idea here isn’t super clear to me, but it’s crazy lockdown stuff.

How can a TV ad feel like a cup of tea? This Yorkshire Tea ad really, weirdly, did. How excellent is that? Warm, comforting and just a little sweet. I am now a fan of Andrew Hutchinson who gave a great performance for a non-actor. I just wish they had gone through with actually doing the packaging, which would have been hilarious. This is why, for me, the joke at the end had a little too much milk in it.

So a lot of mixed emotions, but a great mix of work I thought. Writing Private View is always a difficult balance of celebration and criticism. And I think all this work here should be celebrated. Only one submission was obviously made during lockdown, and it was only obvious because that was central to the idea. The fact that you couldn’t tell which of the others were, and I’m sure some were, just shows how this heightened emotional state some of us are experiencing can bring out the best of our creative selves. This industry is fabulous sometimes, isn’t it? 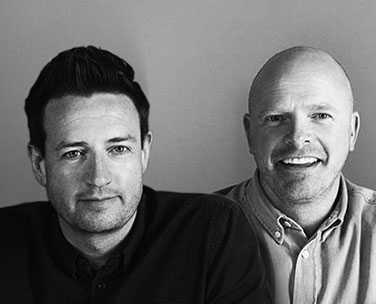 But yet, here we are. With a spread of work that laughs in the face of "impossible".

Moneysupermarket seems to have got its mojo back. This is a big, entertaining ad that stands out like a red rag to a bull. It has a simple thought at its core and has been executed with aplomb.

Justice4Grenfell has released a hard-hitting campaign on the third anniversary of the tragedy. The poster is good, but the press ad is better. Using the medium in which it’s printed to reinforce the message makes it all the more powerful. The simplicity of the design and art direction stand out a mile and it is a stark reminder of the tower itself.

Dacia is a brand that makes very ordinary, uninspiring cars, yet you wouldn’t think so looking at its latest commercial. The brains behind this spot have used creativity to circumnavigate the production restrictions we’ve all faced during lockdown. Using just a couple of laptops and a box full of bits and bobs from the loft, they’ve found an ingenious way of producing an ad with what they’ve got – 10 out of 10 for effort.

Diesel’s film for Pride Month is the moving story of Francesca. Assigned male at birth, we follow her journey as she comes to embrace her true identity as a woman. Diesel has a long-running history of doing bold, brilliant work and this is no exception. The storyline is beautifully told, it looks exquisite and the music is pitch-perfect. And like all great stories, the ending doesn’t disappoint.

Vespa’s new campaign shows the freedom and simple pleasures of life after lockdown. Using an illustration style that harks back to the positivity of post-war advertising, this sweet little campaign definitely puts a smile on your face. For all the care and attention that’s been put into them, it’s a shame that the headlines feel a little bit unloved.

Lucky Saint’s alcohol-free beer poster campaign is well art-directed, with a clear and simple thought at the heart of it. It’s advertising how it used to be, just without the hangover.

Global Pride was clearly on a mission. A mission to make sure that the Pride Festival still went ahead. Lockdown or no lockdown. This clever solution involved taking over Nintendo’s popular social game Animal Crossing, to provide a safe space for members of the LGBT+ community to celebrate. It included a march, a hall of fame, a nightclub and a catwalk, as well as a bespoke clothing range. It’s work that everyone involved should be proud of.

The Lawn Tennis Association – if a name is anything to go by, then you would expect this organisation to be stuffier than the gentlemen’s locker room at Wimbledon. Yet its latest commercial feels fresh, young and playful in equal measure. Trying to appeal to "everyone" is always difficult, but the humour and tone of this well-written voiceover will hit the right note with every generation.

Domino’s continues its "Joy of missing out" campaign, with three spots that are made up of two halves. The first part is one of psychedelic joy and madness, the second part is monotony and boredom. These 15-second ads are playful at best and annoying at worst.

Yorkshire Tea’s "Carbon neutral" campaign is as no-nonsense as the people who live in the brand’s home county. Why go to the effort of reimagining the Yorkshire Dales of the future, when a simple logo will do. This is a brand that clearly knows its audience and isn’t afraid to have a laugh at itself. Good work all round.

So there we have it. For exceptional times, the standard of work is pretty exceptional, all things considered.

Justice4Grenfell "Remember the 72" by BBH London