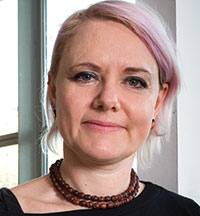 The awards season must be upon us because I can feel a serious case of heartstring-tugging going on with some of the work this week. So I thought I’d get into the spirit and award some categories of my own.

Best Eagle Tackle: YouTubers playing the mobile app Crossy Road in real life – that’s quite fun. I watched it all. It feels truthful to Kit Kat (5). Filling those little moments of chocolate-goodness downtime with sweet branded content is a straightforward play. It’ll have an audience, for sure, but is it a series? Or just fun things from the internet to fill your media-filled life? I’d love to see a clearer and more distinctive vision.

Most Likely to Make Guilty Parents Cry: To the latest in Samsung’s (1) emotive virtual-reality showcase films. And much better than the Aussie pieces that have been doing the awards circuit (bringing diving to the desert, showing a miner the birth of his child from far away etc). Really interesting that there’s a product coming off the back of it, if only for those families with dual Samsung phones. Samsung is doing a good job telling human stories around its tech these days. Sure, for those of us not in adland (who have seen all the others), this has some warm-and-fuzzys too. Feels familiar, but it must be working for them.

Best Use of a President: Harvey Nichols (3) is silly, fun and to the point. If I were scrolling through my feed (and something teased me enough to switch the audio on), I’d have a giggle with this as I really enjoyed the writing and the surprise endings, though the art director in me kinda wants to get in there and remove those white-looking pixel edges. I would love to see a bit more craft when online. That being said, I still really like them. Playful, fresh, clear idea.

Most Unnecessary Pun: Action on Addiction (4). A serious topic. A beautifully made film. But connecting recovering alcoholics with dry-cleaners’ leftover clothes is a puzzle to me. The film does a good job of explaining the dry/clean and dry-clean link and how a new suit makes a difference to someone’s life, but it feels like the creative idea came before the charity and it doesn’t sit right. It makes me slightly uncomfortable. Ten points for working with dry-cleaners for donations, and helping those in need is always positive – but a less blatant play on words may have served the cause and the client better.

Best Use of Dogs: Not a bad effort for Kronenbourg 1664 (2). Definitely moving towards a great-beer-ad-of-old feel. But with Eric Cantona. And dogs. I like dogs and wish they’d bring me drinks when I got offstage too. It’s a light, smiley, slightly surreal story. Apparently, the dogs are on Facebook, so sure to reach dog-loving beer-drinkers the UK over.

I’ve come away from this gallery of work feeling like I’ve been swimming in a warm, gentle, Cannes-facing pool. It just would have been great to be in open water with some waves to ride. And maybe a shark, or even a magnificent whale. We need to save our creative whales. 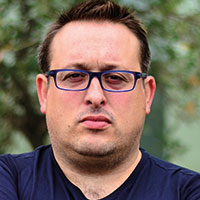 The best thing about advertising, I find, isn’t the money, the glamour, the dozens of acolytes hanging off our every word. Nope. It’s our relentless and unswerving ability to keep our finger on the pulse of culture. There’s nothing else like it. Agencies around the UK are making Vice look like Reader’s Digest on a daily basis. It’s just so invigorating.

Take J Walter Thompson, for example. It has unearthed a hot new game called Crossy Road and built a real-life installation out of it for Kit Kat (5). Check it out. And while you’re at it, have a listen to Get Lucky by Daft Punk. Sound of the summer, apparently.

Talking about working in advertising: Action on Addiction (4). So powerful. So insightful. So elegant. Proper creative problem-solving, this. Watch out, Cannes. Very professionally jealous of this one. It’s so good I’ll even forgive the (extremely clever, to be fair) dry/clean gag. Top work. If the team who did this are ever bored, give me a call.

Harvey Nichols (3) "Great men deserve great style" by Adam & Eve/DDB. Where is Richard Stainer or Paul Colman in this list? Or Aaron McGurk? Or Kev Chesters? Too cool, obvs. Aside from that, joking about Elizabethan neck ruffles – really? This idea almost works for more contemporary figures but, as soon as you try and laugh at Bill Shakespeare for wearing the clothes of his era, well, I think you lose the debate quite quickly. (Plus, I swear I saw an execution somewhere that heralded Boorish Johnson as a "great man". Pah. That renders the whole thing wrong.)

Kronenbourg 1664 (2). Or "numbers", as it’s known down in the Medway. I’m still in a bit of a sulk with you since that silly faux "Eric swims the Channel" stunt. This is a tired idea (emergency services – really) and it’s unfortunately coupled with some lacklustre CG. Is this the best we can do? Beer ads used to be the apex of our craft. Poor puns, dogs, weak craft… come on. There’s better to be had. Even for mass-market yellow fizz. And Eric – you should’ve stuck with Leeds, son.

And finally. Samsung (1) "Bedtime VR Stories". Ah, virtual reality. The last refuge of those whose previous obsession was Second Life. I don’t see my boys at least three nights a week, and it’s depressing. Anything that helps assuage the guilt brought on by "working parent syndrome" is a good thing. That said, I’m not sure any seven-year-old donning a terrifying face-mask will feel particularly relaxed. Maybe, as an industry, we should focus more on fewer hours in the office than high-tech solutions to the pressure we pile on ourselves.

Kronenbourg 1664 "the Alsace-tians" by Ogilvy & Mather