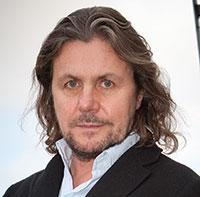 It’s hard to believe that, until quite recently, many of our biggest advertisers openly disdained any attempts to empathise with society or even their own potential customers. Routinely, much advertising was patronising, sexist, racially unaware and seemingly oblivious to life as it is actually lived anywhere in this country. Without getting too carried away, things are improving.

The recent Maltesers ads attracted positive attention for featuring disabled people and, as some of this week’s new campaigns demonstrate, they are not alone in doing things differently.

Food advertisers rarely stray from a reverential portrayal of their wares – Marks & Spencer being the master of the genre. The new Co-op (1) ad, by contrast, eschews slow-motion shots of perfect, tumbling pomegranate seeds for an energetic montage of greedy bastards wolfing down their burgers, licking their plates and generally getting their chins greasy. The result is a mess, but a well-cast, skilfully filmed and snappily edited mess. It’s sort of Lurpak reimagined by Homer Simpson. But what does it do for Co-op? The voiceover, ticking off a litany of free-range, locally sourced blah blah blah, sounds interchangeable with the competition, which means Co-op is relying on its sloppy eaters to coax people out of Lidl, Aldi and Tesco. It may be different, but I’m not convinced it’s that persuasive.

Smyths toys superstores (4) is enjoying a mini-Maltesers moment with a likeable animated caper of a boy who imagines himself as a toy frolicking in the toy world. Among his fantasies of conquering space and racing bikes, he briefly ponders the pleasures of being a queen in a pink dress. This has generated much appreciative murmuring on social media, although the ensuing headlines that claim stereotypes to be "smashed" and "gender roles shattered" might be rather pushing it. Still, more power to Smyths and its PR department.

Channel 4 (2) has put a lot of thought and detail into its campaign to arouse interest in season two of Humans, its synthetic people drama, so I feel slightly churlish in brushing it impatiently aside as I hurtle towards Sky Atlantic’s reworking of Westworld for my robotic needs.

There is much to enjoy in the Ikea (3) ad, particularly the use of Patrick Watson’s gorgeous Lighthouse on the soundtrack and the nicely shot tale of a loving son helping his mother on her dark walk from the bus stop to their home. Perhaps it’s better to leave it there than start agonising over the logistics of a child wiring up hundreds of lamps across a housing estate that he seems to have borrowed from his neighbours. Are they by some massive coincidence all Ikea lamps? And, if so, why are the neighbours giving them away? Whose plug is he using? Sorry, I’m agonising already.

Let’s end with the joyous yahoo of the Beano (5) ad. In it, Beano comes across as resolutely daft, rude and hilarious. It’s a pleasure to find that, in a world where much needs to change for the better, some things don’t need to change at all. 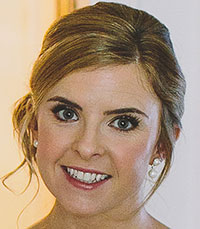 Now that days are shorter and the leaves are turning those delicious autumnal shades, evenings at home in front of the telly are beckoning. At this time of year, who doesn’t long for a stomp across Hampstead Heath, followed by a Sunday roast – crispy roast potatoes, rich gravy and everyone’s guilty secret: licking every last bit off their plate.

In similar autumnal territory is Ikea (3). Ikea seems to be ditching its quirky product-driven advertising and is moving into sentimental storytelling. I love the "Wonderful everyday" tagline – who doesn’t want to celebrate the small everyday moments that make our days magical? Where its recent ads have still felt "Ikea", "Welcome home" is a complete departure. A story of a thoughtful son lighting up his mother’s dark walk home with Ikea lights. It’s beautifully shot – understated and honest. Overall, though, it left me feeling a bit melancholy. Maybe it’s just a little bit too urban and gritty. Or maybe I’m just sad that I need to start using lamps in the evening again.

Now that we are back to school and Christmas is on the horizon, cue an abundance of toy ads. Smyths toys superstores (4) "If I were a toy" is a refreshing take on the usual "children playing with toy" ads that dominate our screens. The animation is beautiful – Toy Story-esque in style. The music choice to remix Beyoncé’s If I Were a Boy is inspired. I really like the ambition to challenge gender stereotypes. There is still a long way to go, though, and I would question how much this really does address the issue in an ad filled with pinks and blues. But it is a brave start and
I applaud Smyths for it.

Definitely playing on a stereotype is Beano (5). If I were the right target market for visual puns and laddish, in-your-face humour, then maybe it would be right up my street. I found it a bit too long and a bit predictable but it is brash and loud, and convincingly conveys a brand attitude. I’m sure that young boys will be rejoicing that Beano is now digital.

Lining up the boxsets for the darker evenings is now high on my list of priorities. So I was interested to see Channel 4’s (2) "Product recall". I thought it was a nice idea and the digital extensions were brilliant – immersive and engaging. It is difficult to do this kind of idea without being compared with Prometheus, and it doesn’t have quite the same level of authenticity. Overall, I admire its dedication to the idea and I think it is a refreshing change to the usual teasers for TV series. It might want to drop a hashtag in there somewhere, though.

Smyths Toys Superstores "If I were a toy" by McCann Manchester