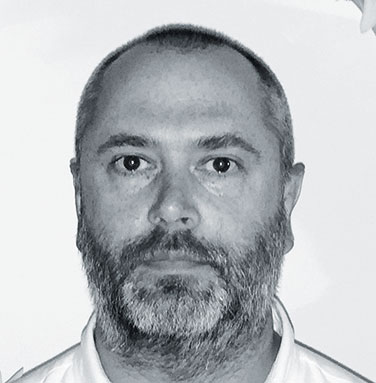 I had written a completely different Private View for this year’s dazzling array of Christmas ads but then I got distracted by the cliff-edge culmination of two years of Brexit-based punching ourselves in the face and decided to write something more fitting for the times.

It’s quite a momentous (insane) time and a furious climax to a social-media and Russian-money-fuelled Brexit rage-fest in which the country, communities and, indeed, families seem determined to tear themselves apart.

So, with that in mind, let me try and be the one that brings us all together in these difficult times.

First up, let’s get it out of the way and just say John Lewis has won Christmas again. It’s big, and excellently directed by Seb Edwards. And it features Elton John through the ages, each incarnation of which is convincingly handled, which is a lot harder to do than it appears here. And, of course, the great thing here for hardcore Brexiters is that you can travel back through the decades to a happier time before EU membership and gay marriage.

Argos is well animated and features a mischievous, seemingly harmless gremlin-like creature running around fucking everything up. I’ll leave you to insert your own Brexit metaphor here.

TK Maxx and an endless stocking – a literal and metaphorical gift that keeps on giving. I like it. It’s well done. It’s got burps. And it features samba music rather than your usual Christmas tunes.

Currys PC World is like a Jacob Rees-Mogg-idealised view of what Christmas should be like. Back to the good old days of Victorian England. A Dickensian vision of a halcyon time before immigration, but with iPads and noise-cancelling headphones.

Sainsbury’s is a happy soul of an ad with a schoolchildren’s performance of a well-loved crowd pleaser. And an image to keep all Brexiters happy too: a small child dressed up in one of the icons of British exceptionalism, the three-pronged plug – throwing himself face first into an electrical socket...

Tesco nicely covers off many of the truisms of a family Christmas. There’s squabbling and gentle ribbing but no fury and explosive anger, mainly because no-one mentioned the B-word over Christmas dinner. As we all scuttle back off to our respective regional places of origin and return to the families that spawned us, I think we’d all do well to remember that.

I like the start point behind KFC and its idea of a chicken hunting down and competing with a turkey to be the one who gets eaten. There’s another Brexit metaphor here but I can’t quite think of it. Full marks, though, for trying something completely different.

Waitrose is nicely directed by James Rouse and has a good media stunt where all of the ads are fast-forwarded to get to the food quicker – which is possibly a Christmas metaphor a bit too close to home for much of the advertising industry.

Google features a man with a bizarre view of the world, making stuff up, putting it on the internet, and getting a giant tech company to spread it far and wide. It’s a funny sketch featuring Chabuddy G from People Just Do Nothing, the Bafta-winning BBC Three comedy. As Freud once said: "There are no jokes."

BBC Sounds features lots of different stars from the BBC coming together for one common purpose... nope, can’t think of a Brexit comparison here either. But I like it. It’s a simple idea like one of those drawings that you start and someone else finishes. I do feel, though, that, for the sake of balance, the BBC should have featured someone just making up stuff and saying things that just aren’t true. Over and over again. You know. For balance.

I guess that’s just about it for this year and I’ve surprised myself writing the most inclusive, bridge-building, non-controversial piece of critique I can. It’s an unusual feeling to give an opinion with the aim of bringing us all together rather than amplifying division.

As the country creaks under the weight of its own self-imposed emergency and the people who promised us unicorns ride off into the sunset on their imaginary steeds, issuing cries of betrayal and treachery, let us all come together and hope that they don’t end up detonating the economy and take much of our industry with it. In the words of that great politician Jerry Springer: "Look after yourselves. And each other." 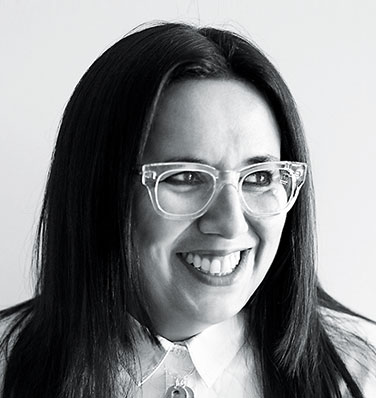 Right then. I’ve necked the mandatory sherry and mince pies so let’s rip open the Christmas wrapping on this festive lot and get cracking.

Let’s start with the one the nation genuinely waits for, and who better to enter where Moz exited than the original piano man, Sir Elton John. In true Benjamin Button style, this beautiful and poignant retelling of his career in reverse is John Lewis at its big-hearted and festive best. And, after 50 years of being on the road, it feels smart to kick off the world’s farewell to one of Britain’s greatest entertainers in this way. Hats off again for surprising us and giving us the "festive feels".

Segueing into Sainsbury’s Christmas outing and what could awkwardly have been called "John Lewis school play: part two". Thankfully, it’s nothing of the kind. Instead "The big night" creates that feel-good movie finale vibe as we see our kids give it their all for the ones they love. The casting is exquisite, the choice of track is belting and little touches, such as the girl dressed as a waving queen, make Sainsbury’s nativity beautifully original and heartwarming.

More food, and Waitrose this time. A different strategy from before, as the epic is replaced with a series of films showing people abandoning their Christmas rituals so that they can dive into some delicious Waitrose nosh. A sweet, funny idea, really well made – the manic pianist bashing out Jingle Bells to get to some cherry mince pies is a personal fave.

On to Currys PC World and the magic of Christmas upgraded. It’s so unfair to bring up the magnificent Jeff Goldblum but you just wish this sweet festive tale of Dickensian times with a twist could raise more of a belly laugh than a smile.

Roll up the Christmas Fool, a naughty imp hell-bent on ruining the festivities, until Argos puts its misdoings to rights. It’s good to see the retailer doing something new at Christmas and this purple little devil is a smart way to pull together all their festive activity. I’m hoping to see the Fool get cheekier and more daring as the campaign unfolds. I can’t wait to see what it does to the unicorn that poos rainbow slime (a real product apparently).

From one made-up creature to possibly the most bat-shit of Christmas characters this year – the never-ending stocking that belches out presents from TK Maxx. Most festive activations based on giving away a year’s-worth of gifts would not result in something so brilliant and memorable. It makes you want to scour the shelves to find your own present-burping pal. It’s brilliant and mad in equal measure.

Now on to Auntie Beeb and its biggest product launch in more than a decade, BBC Sounds. I’m always a sucker for the Beeb’s campaigns – "Perfect Day", Radio 2 and last year’s heart-melting little dancer. They are cues to feel incredibly proud of this amazing British institution and everything it offers us in entertainment and culture. And this campaign doesn’t fall short – from Kylie singing in the lift to Idris Elba debating on the bus, we see our punter hear the full breadth of music, chat and podcasts as she goes through her day. Charming and entertaining in a way only the Beeb could do.

Now let’s talk turkey – or maybe the lack of it – with KFC’s first real foray into Christmas. This hilarious film hits exactly the right tone and message needed for the brand at this time of year. Who would have thought a Western-style stand-off between a turkey and a chicken could feel so right but somehow it does, and reminds us that, although turkey may take the spotlight on Christmas Day, chicken still rules the roost for the rest of the year. Brilliant.

And so to Tesco, another stalwart of Christmas for us all. With no unnecessary tricks or gimmicks, the spotlight this year is shone on the many different and diverse family traditions up and down the country. It’s not going to be compared to the big festive epics but as a continuation of "Food love stories", it almost doesn’t need to be. Warm, relatable and endearing – sounds pretty Christmassy to me.

And last, but certainly not least, is Google’s "Search like a G", celebrating 20 years of its search function. I love Chabuddy G – who doesn’t? – he’s bloody hilarious. And these films are, not surprisingly, brilliantly written and performed sketches. With Google’s reach, I would have loved to have seen a series featuring more talent and different scenarios but I’m being greedy. Speaking of which, I’m off to sleep off that sherry. Merry Christmas to you all.