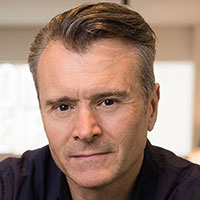 It’s been a while. I think the last time I wrote one of these, an outrageous Republican was in the White House. So let’s hope this is no bad omen. The good news is this week’s crop shows that, on this side of the pond at least, we still prefer to win favour with a slightly more sensitive approach. We are, it seems, an emotional bunch.

First up is Boots No7 (2) – a passionate, slightly Corbyn-esque caper showing an independently minded woman who attempts to turn back time as she reveals her true identity. As a leading novelist, she challenges stereotypes, proving women can be glamorous and taken seriously. She is an inspired choice as the new face of Boots No7 and this is a progressive and thoughtful piece. I particularly like how the seasons are reversed. But the logic flow in the voiceover does feel a little chewy. (Then again, I’ve always given the make-up aisle a very wide berth.)

Samsung (1) reminds us there’s nothing wrong with funny. It’s an emotion that causes the release of endorphins that relieve pain. But you’ll find nothing painful about this campaign, although an irreverent Jack Whitehall does cause mild discomfort as he creates amusing, if not awkward, tumbleweed moments. He’s unrelenting as he subjects our Olympic heroes to perfectly timed clangers. One of the highlights has Jack showing a blatant lack of respect for Wiggo. Maybe he’s seen his toxicology report. Or maybe he’s just reminding us that cheeky boyish charm is a highly effective way to build brand affinity. OK, these ads could be attributed to any number of Olympic sponsors but they are hugely entertaining films.

Ikea (3) taps into a fundamental emotion: our love of all things home. With a deft hand, they’ve transformed what could have been a functional door drop into a charming, cross-stitched mailer. Makes me want to get all hygge.

Virgin Trains (5) works on a slightly lower emotional level. Plenty of double entendres going on here as couples explain how Virgin Trains allows you to "enjoy the ride". Hmm. They position the train journey as a comfortable alternative to flying. It’s a credible insight, although one that’s definitely not reflected in their pricing strategy. Nevertheless, it made me smile. That said, I am the master of the fixed grin, having sat through more excruciating Millward Brown link test debriefs than I care to remember.

Finally, Mencap (4). As I pull my nails out of my palms and try to stop gnashing my teeth, I have to admit this is brave stuff. Such a wonderful cause and, yes, such strident work. I do know that learning difficulties affect a wide spectrum of people. So, personally, I prefer the execution showing Sarah, the dancer, whose beautiful image both surprises and challenges. For me, this is when the strategy works harder in the print medium as it forces us to not define individuals by any narrow preconceptions. Definitely inspiring, heart-warming work.

So I hope this has been as good for you as it was for me. It has certainly been emotional. 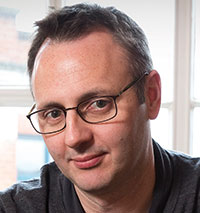 It might sound a bit shallow, but I wanted to get into advertising because people talked about it. My classmates. My friends. My family. I remember thinking it must be a pretty cool job, making stuff that everyone talks about. That objective has gone by many names over the years: "building fame", "going viral", "creating engagement", "contributing to culture"… but, in the end, I think they’re all the same. Great advertising works, at least in part, by getting lots of people to talk about it. And the big fear is that people are talking about it less and less. That scares me. I don’t want to make stuff that is at worst avoided and at best occasionally useful. I want to keep Britain talking.

Thankfully, it seems I am not alone.

It has been hard for Boots No7 (2) to make an impact in a category where Dove always seems to be the talking point, but it has found its groove by focusing on women with something powerful to say. I liked the use of 52 year-old ballerina Alessandra Ferri and now it has gone one better by making writer and feminist icon Chimamanda Ngozi Adichie the face of the brand. I don’t know Chimamanda’s work, but I’m going to look it up because I’ve seen lots of women I respect praising this campaign on Facebook and several notable publishers telling me that it matters. In short, people seem to be talking about it – and, for a beauty ad, that’s quite an achievement.

And I know people talk about the Samsung (1) work because I saw it happen first-hand in some groups I was moderating a few weeks ago. I asked 35- to 65-year-olds in Leeds and Twickenham what ads they liked and the antics of Mr Whitehall and friends were not only spontaneously mentioned but retold, laughed about and searched for on phones right there in front of me. It actually took me a while to get my respondents back on topic. Great stuff.

The stars of the Mencap (4) posters address us directly, challenging us to look past their learning disabilities and recognise them as people with ambitions, passions and stories to tell. This is something we should clearly be talking about, but somehow the line and the tone seem a bit too familiar to start a new conversation.

Ikea (3) wants people on its direct marketing list to sign up for emails. So it has sent them a hand-stitched (sorry, "crafted") email in the post. The mash-up of channels and messages screws with my head a bit but, you know what, this is a piece of DM so odd, I might talk to my wife about it if one of us got it in the post.

And, finally, Virgin Trains (5) has resorted to the one thing it knows we all love to talk about. Sex. This film has generated some fairly lengthy responses from the people I’ve shown it to – most not very positive, if I’m honest. But to misquote Oscar Wilde: the only thing worse than people saying they don’t like you is when they’re not talking about you at all.

So, as ever, some hits and some misses. But I’m encouraged by our determination to create stuff worthy of public discussion.

Keep going, everyone. Let’s get ’em talking about us again.

Mencap "Here I am" by The Corner

Boots No7 "Ready to speak up" by Mother London